The tragedy of imposing a ceiling on lira withdrawals from banks:... 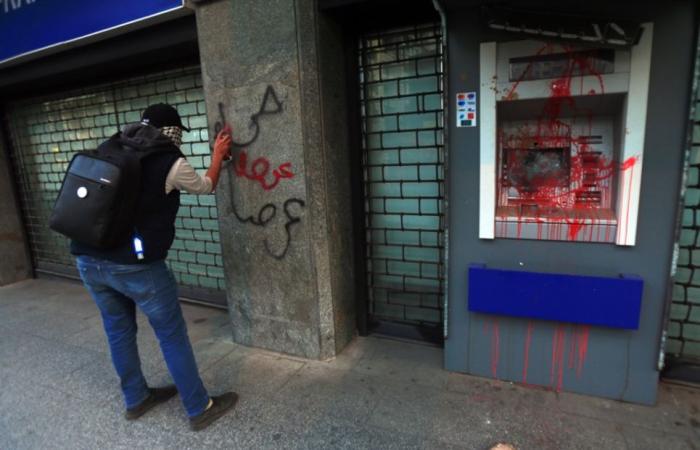 Members of the Central Council, remained insistent in their meeting yesterday that «there is a block of cash in pounds hidden in the homes, this procedure will allow its consumption and return to the banks. Whoever hides dollars in his possession will convert them into lira. We will reduce the cash economy by reducing the circulation of the lira. ” However, Azzi asserts that this decision “will affect all sectors, as all now need liquidity.” In this context, experts in the financial markets do not rule out that “people will flee in the future, even from localizing salaries.” Indeed, more than that, banking sources ask, “How will the merchant manage his affairs if we were to suffocate him in the lira?” The problem is compounded because it comes after the intermediate circular No. 573 of the Banque du Liban, which forced merchants of fuel, medicine and wheat to pay the percentage they are required to cover – to secure the price of imported subsidized goods – in lira and in cash. Who will accept payment through the card after today? And where will the sufficient lira be obtained if the Central Bank wants to withdraw it from the market, not pump it? The “radicalism” of the Central Bank of Lebanon in solutions that are not based on any scientific logic portends a great disaster.

These were the details of the news The tragedy of imposing a ceiling on lira withdrawals from banks:... for this day. We hope that we have succeeded by giving you the full details and information. To follow all our news, you can subscribe to the alerts system or to one of our different systems to provide you with all that is new.