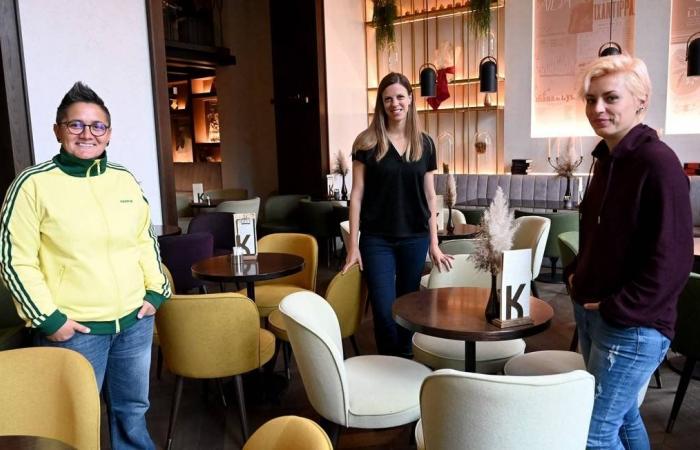 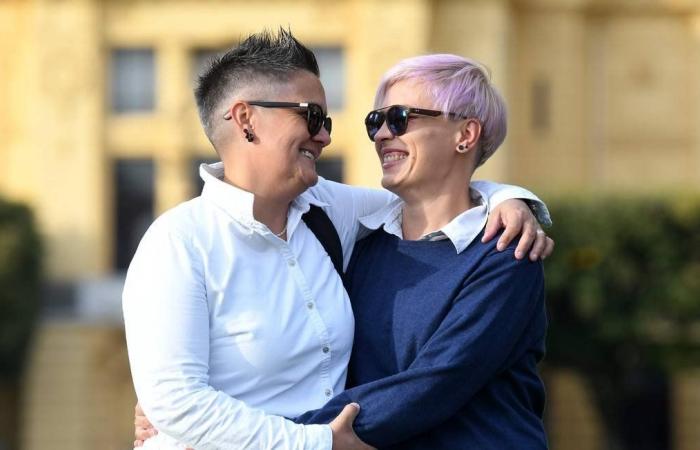 Marita was a nun on a Croatian island when she met Fani, another nun who was to become her great love. Their lives inspired a documentary recently presented at the ZagrebDox Film Festival, from which it came out with the Audience Award. “Nun of your business”, whose English title plays with the word “nun” (nun) and the expression “none of your business” (this is none of your business), narrates the lives of the two women since childhood in parts Croatia, experiencing the decision to join the church and the meeting between them, which took place ten years ago.

“It is the story of an unexpected and unusual love, but I focused more on the issue of individual freedom,” director Ivana Marinic Kragic told AFP. – They found the strength to fight for their love, something that is generally not accepted in our society.

Kragic points out that he did not want to provoke controversy, but rather to arouse empathy in conservative Croatian society, where LGTBQ people are victims of discrimination and where the influential Catholic Church considers homosexuality a “disability” and a “perversion”.

Marita Radovanovic, with short hair with pink highlights, was 18 when she entered the convent on the island of Korcula, in the south of the country, where she was born. Encouraged by her desire to help others, she went against the wishes of her family, who wanted her to lead a “normal” life.

At the seminar, she met Fanica Feric, known with Fani. But the friendship that formed in the beginning did not become a loving relationship until several years later, when Marita had already left the Church.

It was at the convent that Marita, now 36, met her homosexuality and had her first relationship with a woman. Fani, 40, on the other hand, always knew she was a lesbian, but was afraid to say so in her small town in eastern Croatia. She says she was attracted to religious life when she heard nuns and children singing in a choir and entered monastic life at 23.

– I didn’t think where I was going. There are many women in a convent, ”he recalls, smiling.

But the two ended up disappointed. Marita realized that the religious community was not exempt from the harassment and stinginess typical of other human groups.

– Before, I idealized everything, but I realized that the structure (of the Church) did not suit me. My order’s word was “Veritas”. After a while, I decided to be honest with myself and with God, which is love.

“It’s difficult when you don’t fit in because you’re different,” says Fani. – For Catholics, homosexuality is a great sin. I prayed to God to cure me of my ‘disease’. But then I realized that if God made me like that, there was nothing to heal.

The two started talking regularly on the phone after Marita quit her habit of studying in Split in 2009.

– I thought of her more than the Bible – jokes Fani, who lived in Zagreb at the time.

After a fateful visit from Marita, Fani asked the convent for a few days to reflect on his situation.

– In my youth, when I saw a shooting star, I always said: ‘God, please send someone like me’. Now she was there, so I left the convent.

Director Kragic took seven years to shoot her film. She needed to gain the trust of the two women and make them comfortable with their new “civil” life. After spending several years in Zagreb, one works in the tourism sector and the other with catering.

They live in Korcula, where Marita’s family accepted them as they are. And while they have moved away from the religious institution, they keep their faith intact and hope to convince others to go their own way.

– That’s what I did, both at the convent when I realized it was not for me, and with regard to Fani – emphasizes Marita.

These were the details of the news Love story between two nuns steals the spotlight in conservative Croatia for this day. We hope that we have succeeded by giving you the full details and information. To follow all our news, you can subscribe to the alerts system or to one of our different systems to provide you with all that is new.

PREV US says it will increase pressure on Taliban if it does not reverse decisions on women, girls
NEXT Climate: World getting ‘measurably closer’ to 1.5-degree threshold