Libya: The Government of National Accord arrests a wanted international military... 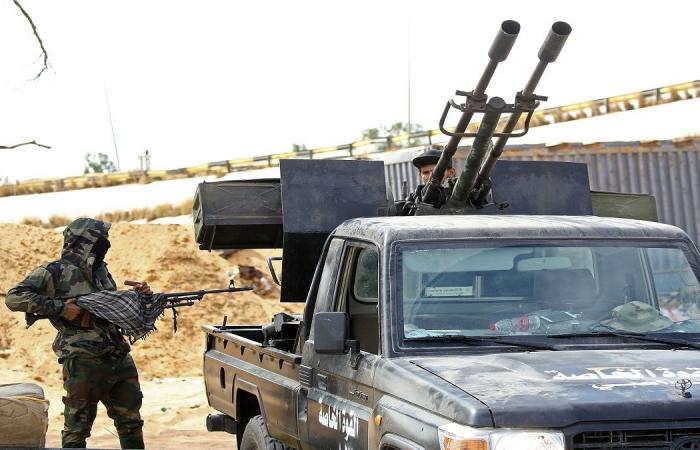 The Ministry of Interior of the Libyan Government of National Accord said today, Wednesday, that it has detained Abdul Rahman Milad, the commander of the Coast Guard, who is on the United Nations sanctions list, for allegations of human trafficking and migrant smuggling.

The ministry said that it had detained Milad at the request of the UN Security Council and referred the case to the Attorney General to take legal action against him.

Milad heads a Coast Guard unit in Zawiya, west of Tripoli, and was one of six people punished by the United Nations for their involvement in human trafficking or smuggling in Libya two years ago.

Migrants had testified that they were taken to a detention center on board one of the ships used by Milad and then held in brutal conditions and beaten. In a call to Reuters in 2018, he denied any wrongdoing or involvement in smuggling.

In what appears to be a return to the settling of accounts between the militias affiliated with the Government of National Accord in the Libyan capital Tripoli And the surrounding areas, the elements of the Zawiya militia closed the “27 Bridge” leading to the capital, Tripoli, on Wednesday afternoon.

According to Mahmoud bin Jaber, the Tripoli security officer, the Zawiya militia carried out this action after the arrest of Abd al-Rahman Milad, known as al-Bidja.

Bin Jaber added, in a statement to Erm News, that the Al-Rada militia affiliated with the Al-Wefaq Forces had arrested Abdul-Rahman Milad Al-Muqlab with “Al-Baida”, to whom the Al-Wefaq government had assigned the tasks of presiding over its coast guard.

The Libyan army forces arrested Al-Baida and handed him over to the judicial police in Al-Zawiya, which in turn deposited him in prison, before terrorist elements and militias affiliated with the Government of National Accord stormed the prison headquarters and released more than 30 terrorist elements from the prison, including the Baida.

In the same context, Bin Jaber indicated that elements of Al-Radaa had liquidated a member of the Al-Nawasi Brigade named (Khaled Al-Mashouka), born in February 1994 and a resident of the Souq Al-Jumaa area.

Bin Jaber explained that Rada`a gunmen opened fire on Al-Mushka, killing him and wounding another member who was accompanying him on Wednesday night.

These were the details of the news Libya: The Government of National Accord arrests a wanted international military... for this day. We hope that we have succeeded by giving you the full details and information. To follow all our news, you can subscribe to the alerts system or to one of our different systems to provide you with all that is new.