Uzbekistan was elected to the UN Human Rights Council for the... 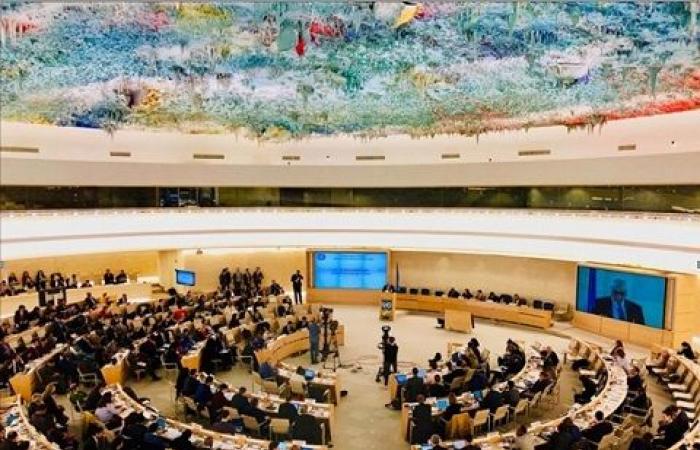 According to the Permanent Mission of the Republic of Uzbekistan to the United Nations (in New York) on October 13 as part of the 75thth– Anniversary session of the UN General Assembly, the election of 15 members of the UN Human Rights Council for the period 2021-2023 was held.

For the first time in the history of our country, Uzbekistan submitted its candidacy for this UN body and took part in the elections.

It should be noted that the nomination of our republic to the UNHRC was established in the state program for the implementation of the strategy of action for five priority development areas of the Republic of Uzbekistan in the years 2017-2021, which was adopted at the initiative of the President Shavkat Mirziyoyev.

The Human Rights Council is an intergovernmental body within the United Nations system made up of 47 states responsible for the promotion and protection of all human rights around the world. The members of the Council are elected for a term of three years by a majority vote of the delegates of the General Assembly in direct secret ballot.

In the current elections, the respective countries were nominated by the UN regional groups to fill the vacant seats.

It is noteworthy that if the situation before the elections in other regional groups was characterized by a lack of competition between the competing states, in the group of countries of the Asia-Pacific region, which includes the Republic of Uzbekistan, to the last Day There was tough competition in the elections – China, Nepal, Pakistan and Saudi Arabia, together with our republic, claimed 4 vacant seats in the HRC.

Based on the results of a secret ballot and in a tough competition, Uzbekistan received the most votes from the member states of its group and was elected to the HRC for the next three-year period starting January 1, 2021, with our country also having China, Nepal and Pakistan elected to the council which received the required number of votes.

The election of Uzbekistan to this authoritative body is a clear confirmation and recognition of the broad support of the international community for the ongoing comprehensive reforms to protect and promote human rights, as well as evidence of our country’s firm commitment to these purposes and principles of the UN Charter and the Universal Declaration of Human Rights and strict compliance with its international obligations in this area.

The promotion, observance and protection of human rights are one of the priorities of the state policy of Uzbekistan. Today the country has a stable political system that meets the modern criteria of democracy and human rights. A unique model has been developed to ensure the systematic and coherent implementation of human rights standards in national law and law enforcement practice.

Uzbekistan, as a member of the UN Human Rights Council, will undoubtedly make a great contribution to the work of this UN body and contribute to improving the effectiveness of its activities.

These were the details of the news Uzbekistan was elected to the UN Human Rights Council for the... for this day. We hope that we have succeeded by giving you the full details and information. To follow all our news, you can subscribe to the alerts system or to one of our different systems to provide you with all that is new.