Argentina – Paraguay, for the South American Qualifiers: when, where and... 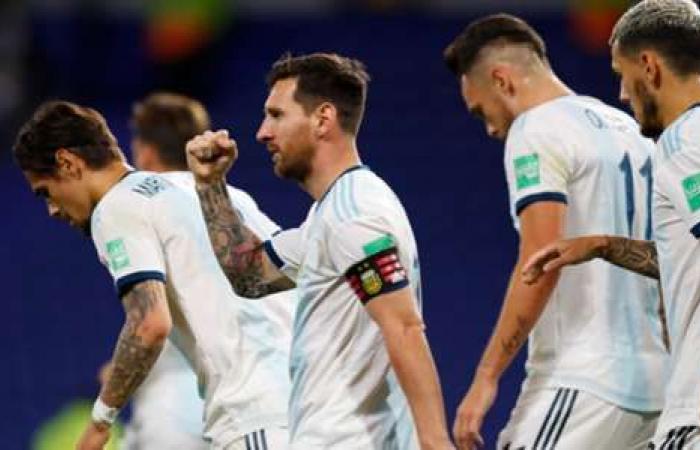 It was a long time coming, but in the end there was a reward for the Argentine national team , which had an unbeatable premiere – from a statistical point of view – on the first double date of the South American Qualifiers towards the Qatar 2022 World Cup, and it already has its sights on the next two challenges, in November, with which it will close this unusual year.

All about the 2022 South American Qualifiers

In the first of them, the team led by Lionel Scaloni will seek to defend the perfect score that he holds when he receives Paraguay .

CALLED AND POSSIBLE FORMATION OF ARGENTINA

If no major injury occurs, Scaloni will probably repeat a large part of the squad that was called up in October against Ecuador and Bolivia in November. One of those who could reappear is Sergio Agüero, who was absent at the last summons due to a meniscus operation on his left knee from which he has not yet finished recovering.

Although there is a long time for the duel against the Guaraní team, the Argentine DT could repeat the formation with which he won at the height of La Paz : Armani; Montiel, Martínez Quarta, Otamendi, Tagliafico; De Paul, Paredes, Palacios; Messi, L. Martínez, Ocampos.

CALLED AND POSSIBLE FORMATION OF PARAGUAY

After drawing against Peru at home and beating Venezuela as a visitor, Eduardo Berizzo still has several weeks ahead to define which players he will summon and who will make up the eleven that will try to achieve a positive result in Buenos Aires. It’s probably a similar list to the one you presented on the first double arrow.

The match will be played in The Bombonera for several reasons: one of those that was being handled even before the suspension due to the coronavirus was that the AFA thought to “compensate” those stadiums that were not designated as the headquarters of the Copa América and that of Boca was the first on the list; To this were added the voices of Lionel Scaloni and some soccer players, who admitted their predilection for Alberto J. Armando; And the final reason is that the Monumental, the usual headquarters of the Albiceleste, is undergoing renovations and will not be used at least until mid-2021. For this reason, the Xeneize field was the scene of the debut with a victory against Ecuador, in October, and will repeat against Paraguay in November.

How did the Argentine National Team fare outside the Monumental?

The match between Argentina and Paraguay will be played on Thursday, October 12 , with schedule and arbitration to be confirmed.

HOW TO WATCH ON TV OR STREAMING

The duel between the Albiceleste and the Paraguayan team will be broadcast in Argentina by TyC Sports and for the Public TV . To watch it on TyC, you must have a basic cable service contract, while on TVP it will be open and free for everyone.

The streaming services available will be those offered by cable operators, such as Cablevisión Flow, TeleCentro Play and DirecTV GO. It will also be available on TyC Sports Play, whose access is through a cable operator account, or for free on the site and YouTube channel of Public TV.

*The article has been translated based on the content of Source link by https://www.goal.com/es/noticias/argentina-paraguay-eliminatorias-cuando-es-donde-formaciones/1mvz5b67vsdmp1aev2hcatr14z
. If there is any problem regarding the content, copyright, please leave a report below the article. We will try to process as quickly as possible to protect the rights of the author. Thank you very much!

These were the details of the news Argentina – Paraguay, for the South American Qualifiers: when, where and... for this day. We hope that we have succeeded by giving you the full details and information. To follow all our news, you can subscribe to the alerts system or to one of our different systems to provide you with all that is new.

PREV With eye on China, and US ties, Japan's universities to screen foreigners
NEXT 25 persons emerge from shell-pounded steel complex in Mariupol