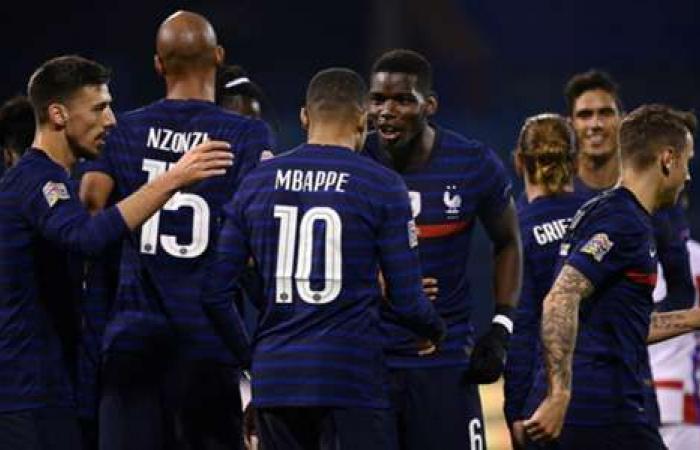 Winners of Croatia in the last minutes, the Blues savor the state of mind after the Croatian equalizer and collective strength.

After the draw against Portugal, the France team returned to victory thanks to a success (1-2) against Croatia. Dominators then jostled, the Blues relied on a goal from Kylian Mbappé ten minutes from time to keep in contact with the Portuguese. The match in Lisbon in a month’s time will represent the group final.

Didier Deschamps (coach of the France team on TF1): “It’s difficult for everyone. We knew we were going to have a battle to fight tonight. Too bad we couldn’t get the second goal with Kylian’s chance in the first half. Croatia came back with better intentions following changes. We did what was necessary in the second half. The sequence is complicated for the players and that’s why I made it turn but it’s a good internship with the group which ends with a victory. This team has always had character. It is not because we won a title in 2018 that we win by snapping our fingers. managed to score against Portugal, it’s also because the team opposite was good. We had good opposition even if we had an excellent start to the match. The quality and character are there and I am very happy of this group. “

Antoine Griezmann (striker of the France team on TF1): “Complicated match, not very nice to watch and to play with soft ground and a team that wanted to beat us. I think I scored some of the best but I put everything in and if she left in the stands, c ‘was the same. It is good for morale but I benefit from the confidence of the coach, of my teammates. The coach knows where to put me, I take advantage of this situation, of this place. “

Hugo Lloris (goalkeeper of the France team on La Chaîne L’Equipe): “It’s the state of mind, the collective strength. In the second, it was average, they pressed us more, they had nothing to lose. We played too low and we did not have the control of the ball. They came back to the score and at 1-1, it can go either way. Fortunately, we managed to regain the advantage following a very good collective action. There is adversity with big clients like Portugal and Croatia. We expected to suffer, maybe not as much, but we came together and that’s only positive. When we push together, things get better straight away. “

*The article has been translated based on the content of Source link by https://www.goal.com/fr/news/lloris-griezmann-les-reactions-apres-croatie-france-1-2/wrtuwtrjpmt41xbb659hrziui
. If there is any problem regarding the content, copyright, please leave a report below the article. We will try to process as quickly as possible to protect the rights of the author. Thank you very much!

These were the details of the news Lloris, Griezmann … Reactions after Croatia – France (1-2) for this day. We hope that we have succeeded by giving you the full details and information. To follow all our news, you can subscribe to the alerts system or to one of our different systems to provide you with all that is new.