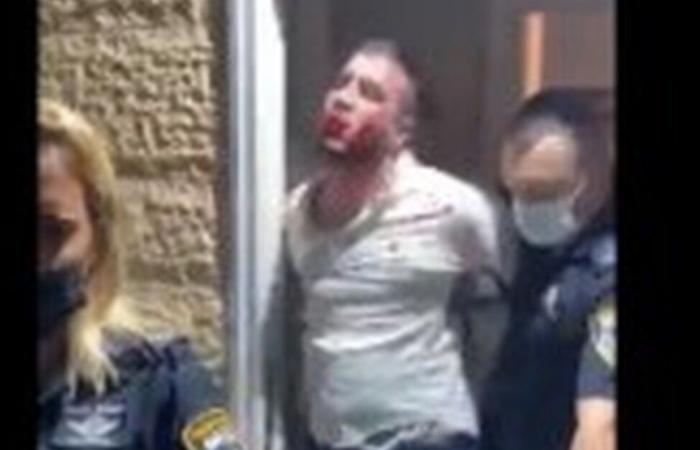 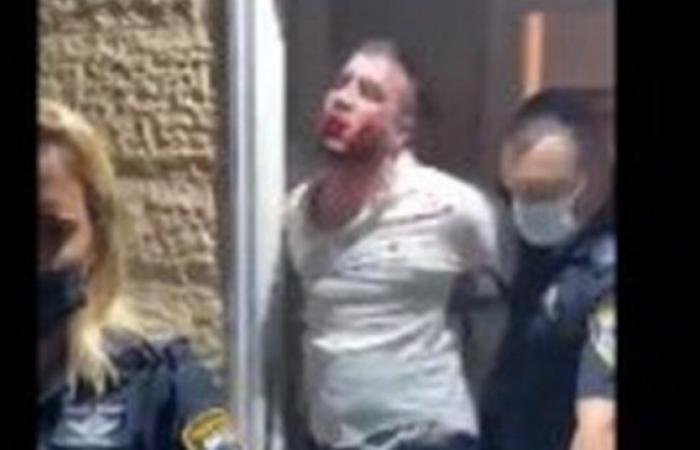 Prof. Roni Gamzo, Corona’s commissioner, responded to the police activity in a statement: “Police action today is a message to anyone who implements incidents with impudence and insensitivity. This type of enforcement will continue. We have no tolerance for mass gatherings and weddings and we can not tolerate such phenomena. Will repeat themselves. ‘

Tonight, police forces broke into a house in Givat Zeev, where a wedding was held in violation of the closure regulations. Documentation posted on the network shows family members crying and shouting, while one of the men is lying on the floor and another person leaves the house bleeding.

Police noted that police officers who arrived at the scene noticed dozens of people staying in the yard of the house contrary to the instructions and asked them to leave. A brawl ensued, during which one person was arrested and the landlord was fined NIS 5,000.

The groom’s uncle claimed that “they blew up the face of the bride’s brother. That is after 20 vehicles and border guards arrived, brought half a battalion. All the gathering came from the neighbors. Start the wedding at four and divide into capsules until ten at night. Everything was according to the rules. We were told to get from seven to eight. The canopy was done at noon. Only when the policemen came in droves did a gathering begin. Shame and disgrace to the Israel Police. “

Police response: “The police arrived following a report of a wedding with dozens of participants, violating the instructions. The policewoman who documented what was happening and asked to identify the landlady was attacked by her, so the police had to inform her that she was detained. They asked her to accompany them several times.

“At this point, the rest of the household began to rage and interfere with the policemen, while some threw shattered glass oil bottles at them. The policemen arrested one of the suspects while resisting arrest and attacked them, slipping on the oil. The house and transferred the suspect to the police station, where the MDA team was summoned, who provided him with medical treatment.

“Unfortunately, in the last hour, completely distorted details about the case have been circulated on social media in an attempt to discredit the police and denounce their activities,” it was written. ” To harm police officers who perform their duties legally for public health.

Throughout the network, they did not remain indifferent to the difficult scenes that came from the same event in Givat Zeev. “It is forbidden to remain silent about such outrageous sights,” wrote the ultra-Orthodox journalist Israel Cohen. “This time the whole public must stand still and not move on to the agenda. No family should come out injured and bruised from the daughter or son’s wedding, the happiest day of their lives. Just a shame.”

The ultra-Orthodox WhatsApp groups are furious: “Where did we get to? What mirrors are shown to the children? To us ?, Lord of the Worlds Where are all the representatives? Are you talking about contagion? Killing souls here in the middle of a wedding is just creepy.

The ultra-Orthodox journalist Yossi Alitov said: “This is a wake-up call for the ultra-Orthodox politicians. Get up and do something about it. Stop covering up Amir Ohana’s police. There is no way we will remain silent when police beat women and children with cruel and inconceivable violence. There is a way to enforce the law.

Interior Minister Aryeh Deri noted: “There is no reason for police to break into the house with rifles drawn and injure people. Tonight I will address Prime Minister Netanyahu and demand a thorough investigation into the serious incident and the cessation of severe police violence.”

*The article has been translated based on the content of Source link by https://www.israelhayom.co.il/article/810025
. If there is any problem regarding the content, copyright, please leave a report below the article. We will try to process as quickly as possible to protect the rights of the author. Thank you very much!

These were the details of the news Blood and shouting: clashes during wedding dispersal for this day. We hope that we have succeeded by giving you the full details and information. To follow all our news, you can subscribe to the alerts system or to one of our different systems to provide you with all that is new.