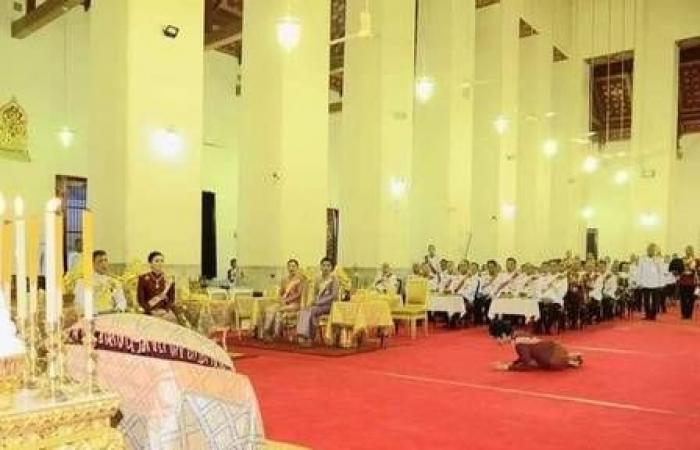 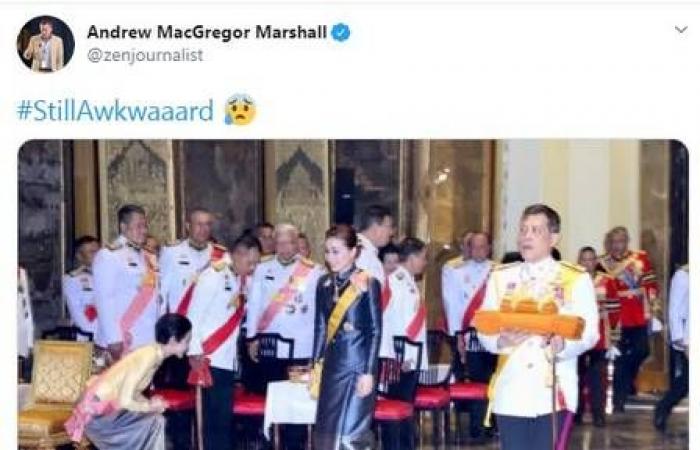 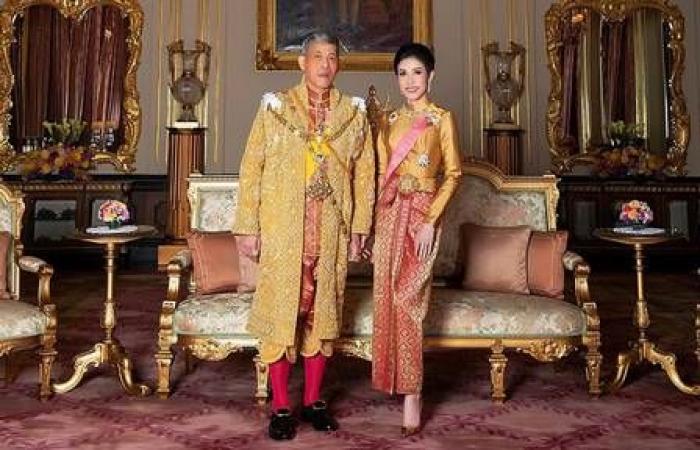 The controversial King of Thailand, Maha Vajiralongkorn, also known as Rama X, placed Queen Suthida and her lover, Sineenat Wongvajirapakdi, in an awkward situation. During a Buddhist ceremony, which celebrates after the rainy season in October, the monarch forced the two women to pose together for a photo.

The Twitter account of journalist Andrew MacGregor Marshall, who covers the country’s royal family, describes the situation as humiliating:

“More embarrassment. These kathin ceremonies should be Buddhist rituals that show the virtue of the participants. King Vajiralongkorn turned them into a lakorn with conflict between his last wife and his last lover. What a mess.”

In another image posted by the reporter, at the same ceremony, the woman and the mistress, appear dressed in formal clothes a few meters from each other. Their countenance is one of constraint.

Rama X recently granted forgiveness to his lover Sinnenat so that she could join his harem in a hotel in Germany, where he had been isolated for months with dozens of women, because of the Covid-19 pandemic. There are reports that the hotel management built a “pleasure room” especially for the 68-year-old monarch.

There are rumors that Sineenat has fallen from grace in wanting to reach the level of queen. In addition to the prison, Sineenat lost the rank of major general to which he had been promoted for his involvement with the king.

Sineenat, who is also an airline pilot, officially became Thai first concubine. She received the position by kneeling at the feet of the king and in front of the queen, former flight attendant Suthida.

These were the details of the news King of Thailand forces lover and queen to participate in the... for this day. We hope that we have succeeded by giving you the full details and information. To follow all our news, you can subscribe to the alerts system or to one of our different systems to provide you with all that is new.