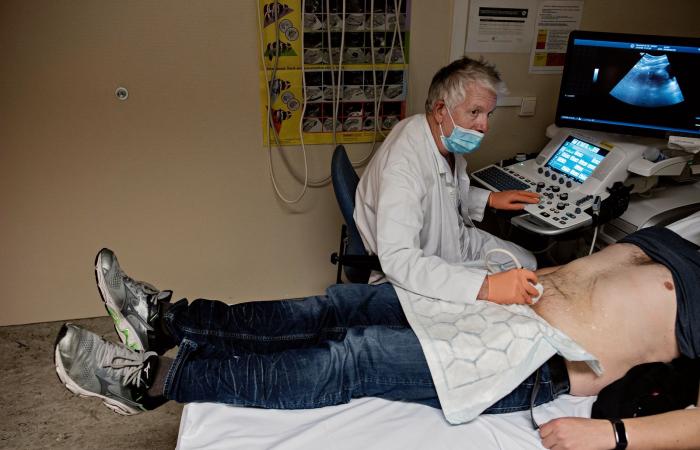 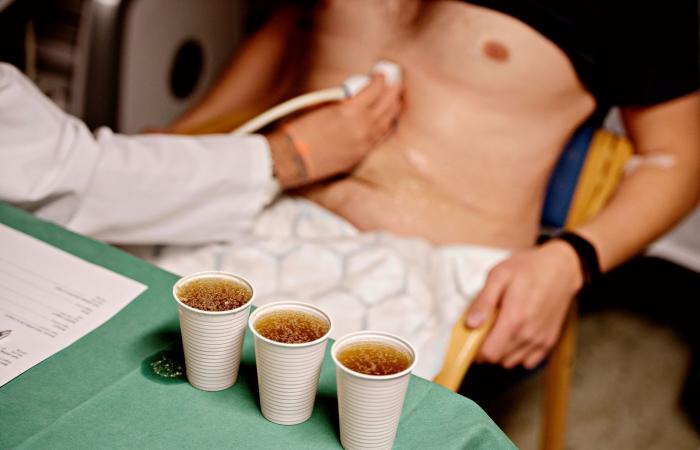 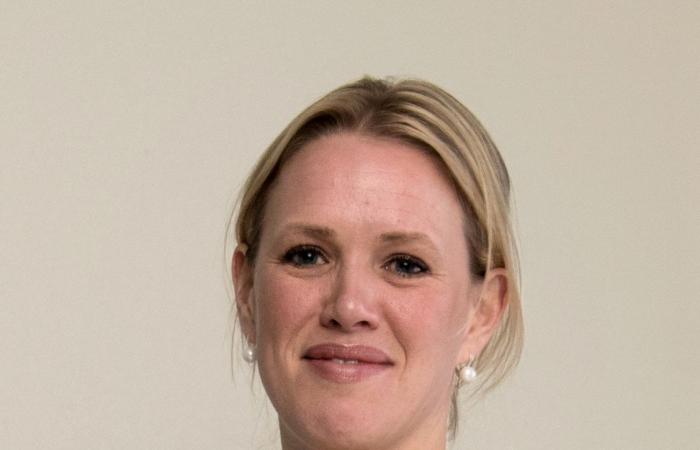 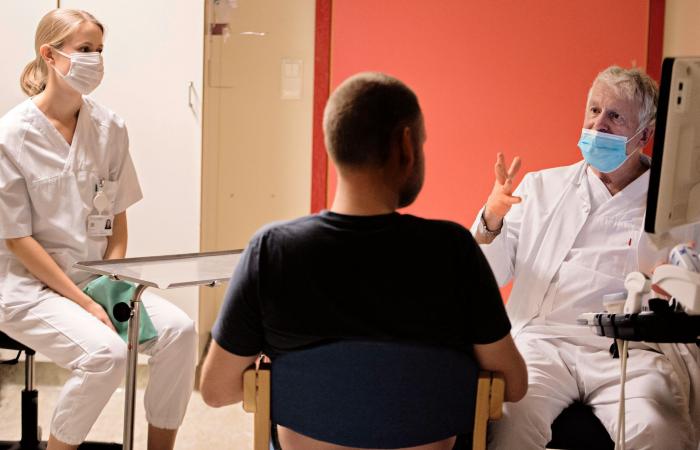 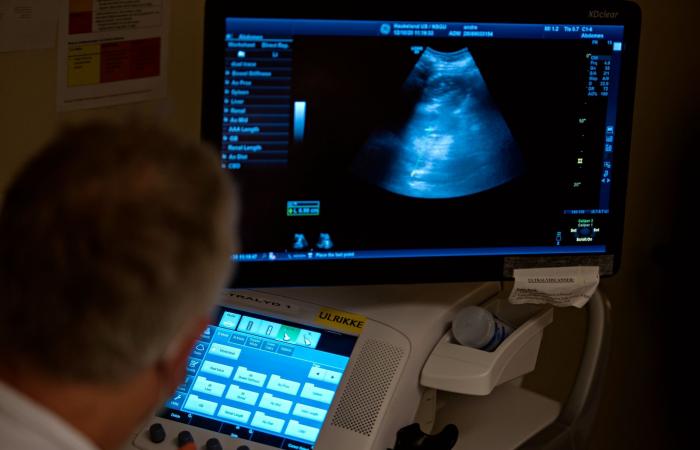 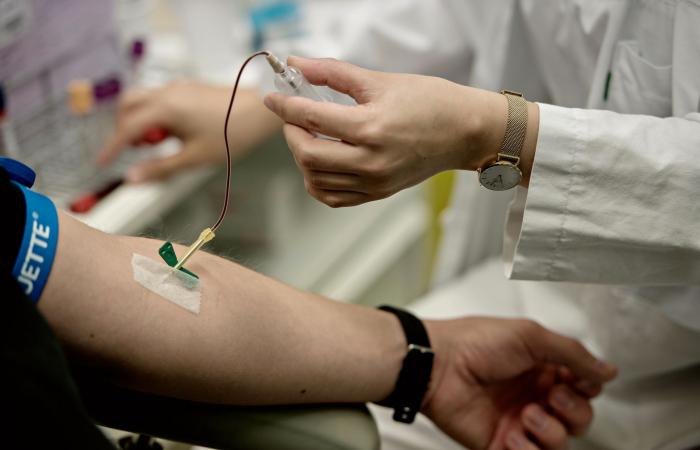 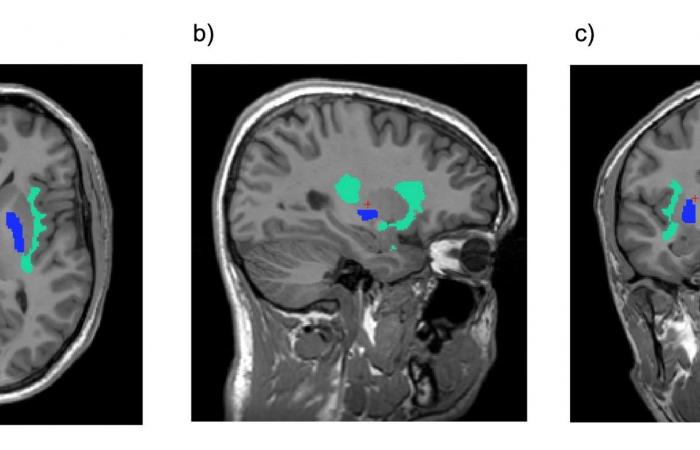 – This is the most comprehensive study on this patient group ever, says the research leader.

– How long have you struggled with your stomach, asks chief physician Trygve Hausken and sprays gel over the bare stomach.

– From the first day of middle school, the man answers on the bench.

He has now passed 30 and has arrived at the hospital for expert help. The diagnosis is irritable bowel syndrome, a disorder that affects up to 20 percent of the population.

The light is dimmed. Hausken runs the ultrasound probe over the man’s front while looking at the screen.

Everything looks normal, the superior concludes and adds:

– It is typically irritable bowel.

For the man on the bench, the day goes to examinations. First a whole bunch of blood tests. Afterwards, concentration and memory will be tested.

In a few days he will have to return for an MRI examination of the brain. With him home, he gets a net with a form to fill out and a glass for stool samples.

Then follows three months on a strict diet, before going through a new round of testing.

Also read: Ten things you did not know about your gut

– I have met many wide smiles

We know very well that thoughts and feelings are felt in the stomach. But not everyone knows that the gut can affect the brain.

– We think the ratio is 80-20. 80 percent of the influence goes from the intestine to the brain and 20 percent the other way, says Birgitte Berentsen who heads the Brain-Gut Research Group.

The research group has ambitions to better understand the diagnosis of irritable bowel syndrome. And not least, what happens in the brains of people with this common disease.

– I have met patients with irritable bowel syndrome who have not been able to work because they struggle with concentration and memory. They describe it as brain fog, says Berentsen.

The group will examine the brains and intestines of 100 patients with irritable bowel syndrome and compare them with 40 healthy volunteers. So far they are halfway there.

– We want more participants, both patients and healthy. The healthy do not have to go on a strict diet, Berentsen says.

– Do patients feel better after three months on a diet?

– I have at least met a lot of wide smiles, says Berentsen.

The connection between the brain and the gut is about both bacteria and nerve cells. Berentsen explains:

– There are two main roads. One is blood flow. The bacteria in the gut break down the nutrients for us. Altered bacterial composition in the intestine can cause more leakage in the intestinal wall. Thus, bacterial products can follow the blood and sometimes cross the blood-brain barrier.

In people with irritable bowel syndrome, we think that this barrier is a little more hollow.

The second connecting pathway is the vagus nerve, which runs between the brain and the intestines. Here the signals go both ways.

– We see that something has happened

Astri Lundervold is a professor and specialist in clinical neuropsychology and participates in the research group.

She says the interest in the project is also great among professionals who work with a number of other disorders such as Parkinson’s, diabetes, ADHD and autism.

– We do not understand the mechanisms yet, but the connection between intestine and stomach is probably important for several diseases, Lundervold says.

The images taken of the participants’ brains before and after months of dieting have not been fully analyzed.

– We expect that brain function is affected after successful treatment, she says.

The diet the participants put on is called the low food map. Simply put, it is about avoiding foods that can irritate the gut. The diet is without stone fruits, wheat, rye, onions, garlic and milk sugar, among other things.

– The idea is that this diet removes foods that easily cause stomach ailments. Once this is done, the intention is to carefully reintroduce one food at a time, to see what the stomach actually reacts to, says clinical nutritionist Eline Randulff Hillestad.

She guides the participants through the three months on a diet.

Seven out of ten have a good effect of low-food maps.

– One of our goals is to be able to point out who will benefit from the diet. It will save many participants from a failed attempt and save the hospital resources, says Berentsen.

– The mood and shape get better

Ingrid Gjerde is among the approximately 50 patients who have been through Brain-gut.

She has struggled with her stomach for 10 years and says that she had a good effect from the diet.

– Did you feel more obvious when your stomach was in order?

– The mood and shape get better when you are not sick to your stomach, but whether it cleared your head is difficult to say.

The problem for her has been to stick to the new habits.

– The intention is to carefully introduce new foods, but I have not managed to be as systematic as this requires. I’m a little too fond of the food that is forbidden. It is felt on the stomach.

These were the details of the news Now researchers in Bergen are looking for the connection between the... for this day. We hope that we have succeeded by giving you the full details and information. To follow all our news, you can subscribe to the alerts system or to one of our different systems to provide you with all that is new.