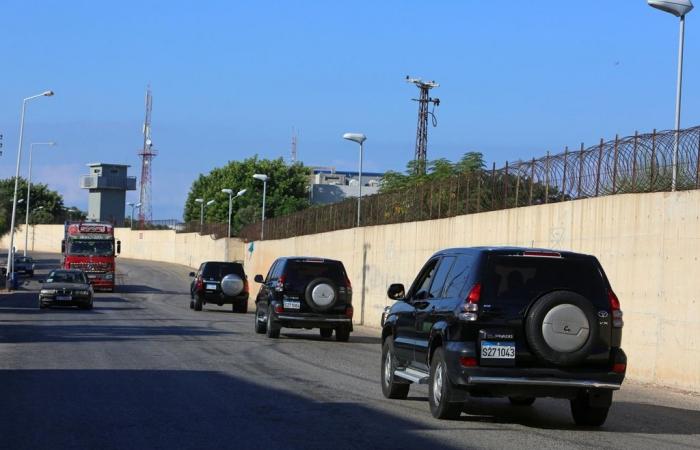 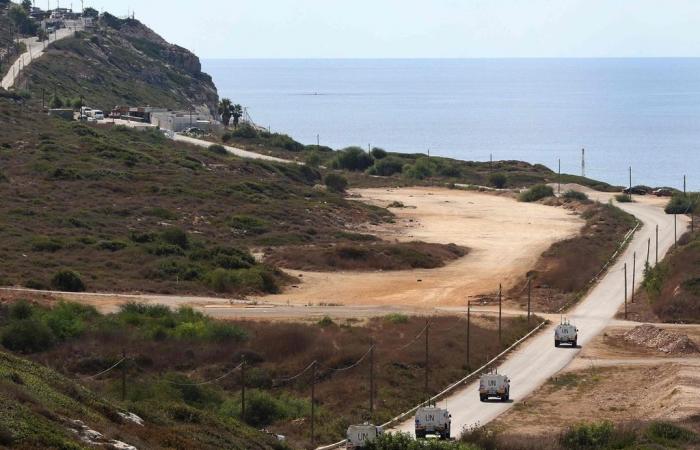 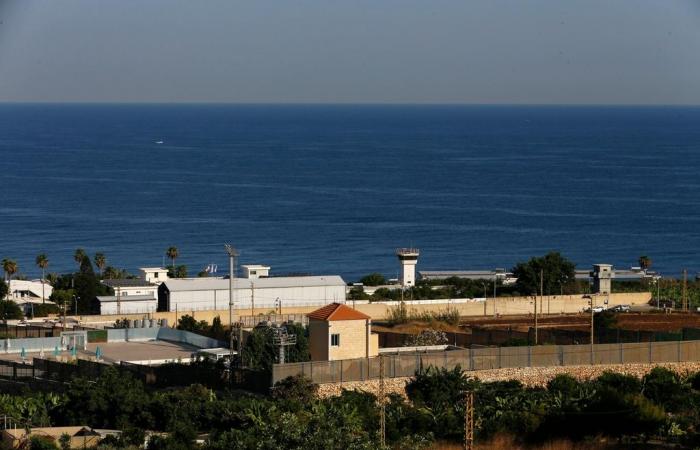 Hind Al Soulia - Riyadh - A convoy of black SUVs with tinted windows drove at speed towards the Unifil base in south Lebanon’s Naqoura early on Wednesday while a helicopter circled overhead as officials headed to a meeting with a delegation from Israel to begin hashing out the demarcation of borders.

Shortly before the high-profile meeting was set to get under way under UN and US mediation, Iran-backed Hezbollah and its ally Amal criticised the move.

The statement from Lebanon's two main Shiite parties called for reform of the negotiating team, which they said must include only military officials, without any civilians or politicians.

The two countries have no formal relations, never officially ended years of hostilities and remain technically at war. Hezbollah waged a bloody insurgency against Israel’s occupation of south Lebanon until they withdrew in 2000 and the two sides fought again in 2006.

The small UN peacekeeper base on the southern coastal tip of Lebanon offers the only avenue for Lebanese military heads to negotiate, indirectly through the UNIFIL force commander, with Israel in a bid to maintain quiet on the frontier.

“The current form of the Lebanese delegation, which includes civilian figures, is contrary to the framework agreement,” the Hezbollah press office said in a statement. It added that the current framework is “based on the regular [tripart] meetings between military officers exclusively.” Amal head and Parliament Speaker Nabih Berri previously announced the acceptable framework for the parties that talks are undertaken by the military.

“[This] represents a recognition of the Israeli logic that wants to obtain any form of normalisation. Therefore, the two parties call to immediately revoke this decision and reconfigure the delegation in line with the framework agreement,” Mr Berri said.

Lebanon and Israel agreed this month to negotiate over a long-running row relating to a sea border running through potentially gas-rich Mediterranean waters.

The talks in the Lebanese border town of Naqoura will be hosted by the UN Special Coordinator for Lebanon Jan Kubis and US Assistant Secretary Schenker will facilitate the opening session, the State Department said on Tuesday. US Ambassador John Desrocher will serve as the main US mediator.

“The agreement to commence discussions on the maritime boundary is a vital step forward that offers the potential to yield greater stability, security, and prosperity for Lebanese and Israeli citizens alike,” the State Department said in a statement.

Israeli Energy Minister Yuval Steinitz said that the negotiations with Lebanon do not deal with the normalisation of relations or peace. Rather, he said, they are negotiations to resolve technical-economic differences related to natural resources at sea.

Lebanon and Israel each claim about 860 square kilometres of the Mediterranean Sea as laying within their respective exclusive economic zones.

Lebanon began offshore drilling outside this contested zone earlier this year and is expected to start drilling for gas near the disputed area with Israel in the coming months.

But Lebanon and Israel remain technically in a state of war since 1948 and Lebanon hosts tens of thousands of Palestinian refugees – most were displaced during the creation of Israel.

The idea of normalisation with Israel is deeply unpopular in Lebanon, particularly among Hezbollah and Amal supporters.

At the same time, Lebanese politicians have repeatedly promised the Lebanese that offshore oil and gas discoveries can help the country recover financially from its worst-ever economic crisis. However, experts point out that even if oil and gas are located in viable quantities this year, it could take upward of a decade to begin seeing a return even without the regular political battles that paralyse government.

Contacted by The National on Monday, Mr Massihi’s father answered and said his son was not allowed to speak to the media.

Lebanon and Israel hold monthly tripartite meetings in Naqoura to discuss violations along the Blue Line, which is not an internationally recognised border but rather a UN-agreed line that shows where Israeli forces had been deployed in 1978, prior to the invasion of Lebanon that lasted until the year 2000, to assess the full withdrawal. The Blue Line is patrolled by 10,480 UN peacekeepers from 41 countries.

Lebanon and Israel also held indirect negotiations in the 1990s when Arab states and Israel were working on reaching peace agreements. Although the Palestinians and Jordan signed agreements with Israel, Lebanon and Syria did not. – additional reporting by agencies

These were the details of the news Lebanon-Israel talks begin as Hezbollah and Amal demand new negotiators for this day. We hope that we have succeeded by giving you the full details and information. To follow all our news, you can subscribe to the alerts system or to one of our different systems to provide you with all that is new.