Global warming is killing half of the corals on the Great... 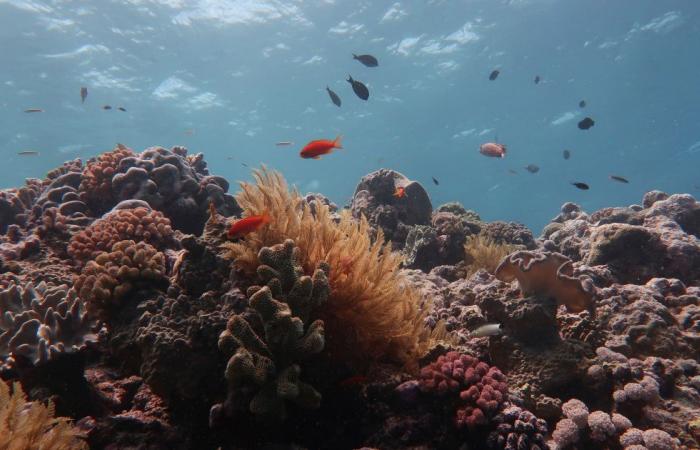 Half of the corals on Australia’s Great Barrier Reef have died in the past 25 years, scientists said Wednesday, warning that climate change is irreversibly destroying the world’s heritage-listed underwater ecosystem.

A study published in the Proceedings of the Royal Society Journal found an alarming decline in all coral sizes on the vast reef off the country’s northeast coast since the mid-1990s.

Larger species like branching and tabular corals were hit hardest – they almost disappeared from the far north of the reef, researchers found.

“They are typically 80 or 90 percent exhausted compared to 25 years ago,” said co-author of the report and James Cook University professor Terry Hughes, told AFP.

“They make the nooks and crannies that fish and other creatures depend on so that the loss of large three-dimensional corals changes the broader ecosystem.”

Aside from its inestimable natural, scientific and environmental value, the 2,300-kilometer reef had an estimated $ 4 billion in tourism revenue per year for the Australian economy prior to the coronavirus pandemic outbreak.

The reef is at risk of losing its coveted World Heritage status due to ocean warming caused by climate change and damaging its health.

Changes in ocean temperatures put a strain on healthy corals, causing them to expel living algae in their tissues and rid them of their bright colors in a process called bleaching.

Back-to-back mass bleaching events in 2016 and 2017 led the government to downgrade the long-term prospects for the world’s largest living organism to “very poor.”

The mass bleaching was first observed on the reef in 1998 – at the time, the hottest year on record – but as temperatures continue to rise, its frequency has increased, making it harder for the reef to recover from any incident.

“A vibrant coral population has millions of small and many large baby corals – the large mums that produce the most larvae,” said the study’s lead author, Andy Dietzel, also from James Cook University.

“Its resilience is compromised compared to the past as there are fewer babies and fewer large adult breeders.”

In addition to long-term ocean warming and associated bleaching, the reef has been plagued by multiple cyclones and two crown-thorn starfish eruptions since 1995, eating the corals.

When the starfish are found in low numbers, they are considered part of the natural ecosystem. However, when a large eruption occurs, they can quickly destroy parts of the reef.

While four mass bleaching events were covered by the latest research by 2017, the damage to coral species from bleaching has yet to be assessed in early 2020.

It was the most widespread bleaching ever recorded and for the first time affected parts of the southern reef.

According to Hughes, scientists expected the corals to continue dying unless nations fulfilled their Paris Agreement commitment to keep the rise in global mean temperature below 2 degrees Celsius (3.6 degrees Fahrenheit) above pre-industrial levels .

“It takes about a decade for the fastest growing species to recover reasonably well. The probability that we will reach decades between the future sixth, seventh and eighth bleaching events is close to zero as temperatures keep on rising. ” he said.

When temperatures stabilize below the Paris target later this century, it is to be hoped that the corals can reassemble and rebuild their numbers.

Even then, Hughes said, “We don’t think they’ll morph back into the species mix that we historically know.”

If the rise is up to three or four degrees Celsius, “forget it,” he said.

“The trajectory is changing very, very quickly – we are shocked and surprised at how quickly these changes take place – and more changes are imminent.”

These were the details of the news Global warming is killing half of the corals on the Great... for this day. We hope that we have succeeded by giving you the full details and information. To follow all our news, you can subscribe to the alerts system or to one of our different systems to provide you with all that is new.