An agreement between the UK and the EU would be in... 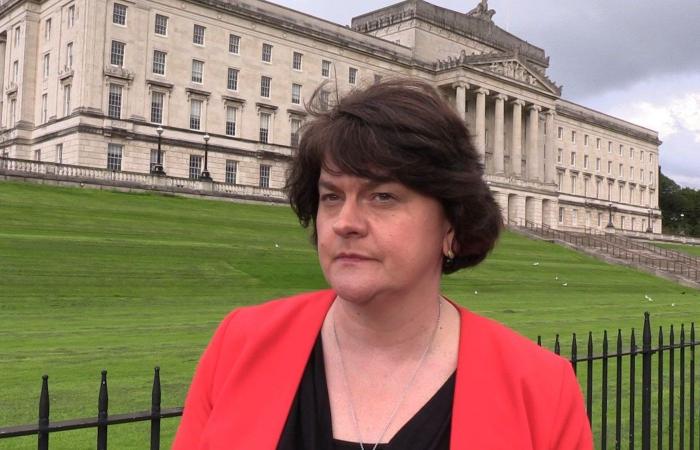 Northern Ireland’s first minister said an agreement between the UK and the EU was “in everyone’s best interests”.

There are only a few weeks left until the end of the Brexit transition period.

With the Northern Ireland Protocol, which is part of the Brexit divorce deal, the region will continue to enforce EU customs rules and abide by its rules on product standards.

Arlene Foster said the EU Future Relations team at Stormont executive office is coordinating preparedness planning across all departments, including an option for a non-negotiated outcome.

She said the group originally met monthly, but now they meet every two weeks.

“This work builds on the preparations made in advance of a possible exit from the business in 2019,” she said.

“And as we prepare for an un-negotiated outcome, the important thing to remember is that the protocol continues to apply in this scenario.

“While the non-negotiated outcome is very different from a no-deal Brexit, which Operation Yellowhammer dealt with around this time last year, similar issues and problems arise.

“There has been a lot of prep work done for Yellowhammer and we will build on that in the event of a non-negotiated outcome, and I very much hope that it is not.”

Ms Forster’s comments come when Foreign Secretary Simon Coveney said EU fishermen will not be “sold out” to secure a future relationship deal with the UK.

Mr Coveney said that although an agreement is very possible, there will be no breakthrough at this week’s summit of EU heads of state and government in Brussels.

Pat Catney, MLA of the SDLP, expressed concern to Ms. Foster that, even if an agreement were reached, preparations would be “too far back to implement parts of the Northern Ireland Protocol to avoid major disruptions at the end of the transition period”.

Ms. Foster said: “The best outcome would of course be an agreement between the European Union and the UK so that we can move forward together.”

However, she said there was confirmation that some issues related to the movement of goods were not being resolved in a timely manner.

“It is the same whether goods come from the Republic of Ireland via Northern Ireland to Great Britain or from other places in the European Union to Great Britain. So there were already some ways to deal with the pressure, which is undoubtedly there. ”

“I welcome the fact that there is this recognition because it gives our companies a certain security.

“We will continue to work with our colleagues in the UK Government to bring more clarity to our businesses as we recognize that it is very important to create clarity for our businesses and our citizens too.”

EU negotiator Michel Barnier has warned that it would be difficult for Member States and the European Parliament to approve an agreement this year if there is no draft before the end of October.

And today, after the meeting of EU ministers in Luxembourg, Barnier emphasized that much remains to be done.

“The EU will continue to work for fair business in the coming days and weeks,” he tweeted.

In response, a UK government source accused Brussels of “using the old game book where they thought running down the clock would work against Britain”.

“They agreed to keep in touch on the progress of the negotiations when they spoke earlier this month,” Downing Street said.

These were the details of the news An agreement between the UK and the EU would be in... for this day. We hope that we have succeeded by giving you the full details and information. To follow all our news, you can subscribe to the alerts system or to one of our different systems to provide you with all that is new.