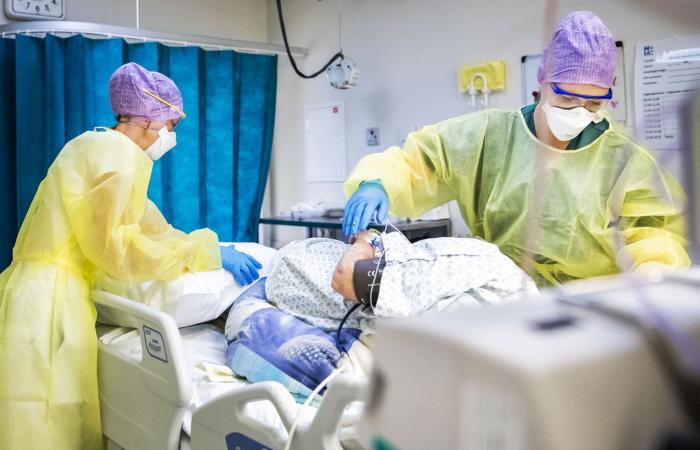 An 89-year-old Dutch woman, one of 25 known SARS-CoV-2 reinfection cases in the world, died from the effects of the second time she fell ill with Covid-19, aggravated by a rare form of bone marrow cancer. bone disease that he suffered, and becomes the first known death from a coronavirus reinfection.

As the virologist Marion Koopmans explained Tuesday, the patient had to be admitted to the hospital in the first wave of infections, after developing symptoms such as high fever and strong cough, but she was discharged after five days and gave a negative result in two CRPs that she underwent after symptoms disappeared.

The Dutch patient also suffered from a disease known as Waldenström’s macroglobulinemia, a rare form of bone marrow cancer, so her immune system had been affected for months.

Two months after overcoming covid-19, the woman began new chemotherapy sessions, but began to present a fever, cough and suffer from severe shortness of breath only two days later, so she was readmitted to the hospital.

She underwent a PCR, in which it came out positive, but was negative in two serological tests that were done to detect if she still had antibodies against the virus in her blood, after the first time she was infected.

“She probably died in the end because of covid-19, but she was also very ill,” Koopmans, who is participating in a monitoring of reinfections being carried out by the University of Oxford, told the local press.

The Dutch virologist stressed that today there are around 25 known cases of reinfection worldwide, and in most cases less severe symptoms developed than during the first infection.

Thus, scientists assume that reinfections are still “exceptions”, although Koopmans believes that “there will be more” but clarifies that “the important question remains whether this is something typical of covid-19”, because in many cases the second contagion had place just two months after the first infection.

Although he hopes that the majority of people who overcome a first contagion with covid-19 are now protected “for a longer time” from the coronavirus, he acknowledged that, in any case, “this will not last a lifetime because that has never been seen with any respiratory virus ”.

It is not yet clear what knowledge of these specific cases may mean when developing the vaccine against covid-19, nor to what extent the immune system learns enough during the first infection with the new coronavirus, but the antibodies produced from naturally after an initial contagion seem to disappear relatively quickly in certain cases.

*The article has been translated based on the content of Source link by https://www.altavoz.pe/internacional/covid-19-holanda-registra-la-primera-muerte-en-el-mundo-por-reinfeccion/
. If there is any problem regarding the content, copyright, please leave a report below the article. We will try to process as quickly as possible to protect the rights of the author. Thank you very much!

These were the details of the news Covid-19: Holland registers the first death in the world due to... for this day. We hope that we have succeeded by giving you the full details and information. To follow all our news, you can subscribe to the alerts system or to one of our different systems to provide you with all that is new.