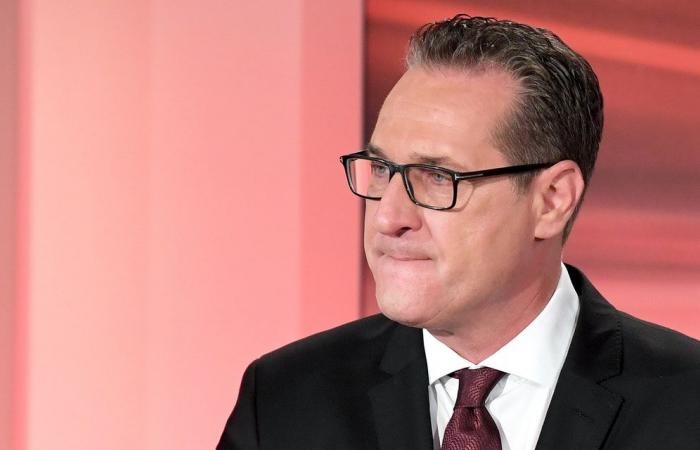 He lost the election by crashing, but Strache is still entitled to tax money. In order to promote political parties, he is now apparently indulging in an online portal.

Zack, zack, zack to your second career? As Heinz-Christian Strache confided in the magazine “News”, he will not be active as a district councilor. “I’m going into the private sector, but I won’t let my lions down,” he announced full-bodied.

In the election for the Vienna City Council, not even 5 percent of the Viennese eligible voters wanted to vote for the ex-Vice Chancellor who had fallen into the abyss, the HC Strache team experienced a spectacular flop. Due to the generous Viennese election regulations, the ex-vice chancellor could still get tax money in the future – specifically 1,420 euros per month as a club chairman in a Viennese district parliament.

Because the THC has taken precautions. Strache was on the list number 1 for all 23 Vienna district parliaments in the district council elections held in parallel. Learned about the ex-vice chancellor’s new party “Today” on request that the board meets on Tuesday evening to decide on it. But Strache offends his colleagues.

As reported, the THC has won mandates in a total of 16 districts. Strache can only move into one, he cannot take on several jobs with corresponding payments. According to THC General Secretary Christian Höbart, a dissolution of the party is not an option. No wonder, the colossal losers in the elections are entitled to 350,000 euros in funding – annually and for the next five years. The THC would thus have a total of 1.75 million euros until the next election – provided the coming coalition lasts five years.

Is Strache getting his best?

Strache has apparently already found a use for it. He should fulfill his lifelong dream and become the editor of an online magazine. He is following in the footsteps of Peter Pilz, who founded the online portal “zackzack.at” out of the ruins of his list. As is well known, Strache did not succeed in buying the “Kronen Zeitung” via an alleged oligarch niece in Ibiza. Now he wants to take action himself. “I would like to found an online magazine in which the concerns of our movement are processed,” he told News. In addition, HC Strache is planning regular “discussion events for all citizens”.

It is not yet known which “journalists” he would like to get started with. “Der Standard” reported a few months ago that Strache had already intended in 2019 to open an online portal with a reporter close to him.

These were the details of the news Strache offends the party – he has a new job –... for this day. We hope that we have succeeded by giving you the full details and information. To follow all our news, you can subscribe to the alerts system or to one of our different systems to provide you with all that is new.

PREV N.Korea reports 21 deaths of people with fever amid Covid outbreak
NEXT 25 persons emerge from shell-pounded steel complex in Mariupol