Not reassuring news … Corona lives on the phone for 28... 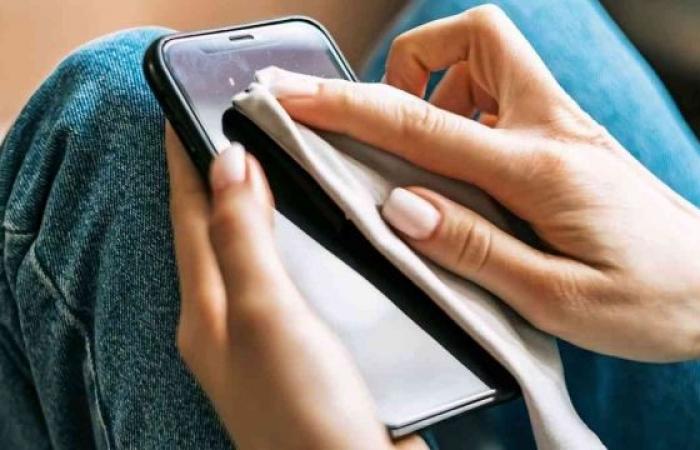 Despite the global scientific rush to learn more about the emerging corona virus, it seems that the tiny creature keeps many secrets that are revealed day after day, knowing that some of them are not at all reassuring.

A recent study suggested that the Corona virus can remain contagious for about a month on smooth surfaces at room temperature, including phones and banknotes, especially plastic ones.

According to the study prepared by the National Science Agency in Australia, the virus appeared “very strong” at room temperature, so that it could transmit infection for 28 days.

Since the start of the Corona crisis, the period of survival of the virus has been effective on surfaces and in the air, the subject of several studies, the results of which ranged between its ability to transmit infection for several hours or a few days.

But in the recent study, scientists extracted the virus and left it on different surfaces, at concentrations similar to those reported in patient samples, and then isolated it for a month.

The study was conducted in dark atmospheres, to neutralize the role of direct sunlight, which research has shown can disrupt the growth of the virus.

“Our results show that the virus can remain contagious on surfaces for long periods, reinforcing the need for hygienic practices such as regular hand washing and surface cleaning,” said Deputy Director of the Australian Center for Disease Preparedness, Dr. Debbie Eagles.

And she continued: “At 20 degrees Celsius, which is the room temperature, we found that the virus was very strong, as it lived for 28 days on smooth surfaces, such as the glass of mobile phone screens and plastic banknotes.”

And compared to the influenza virus, the latter survived for only 17 days, which “highlights the strength of the Corona virus,” according to the doctor.

The results, which were published in the scientific journal “Virology”, indicate that the virus lives longer on smooth surfaces such as glass, stainless steel and vinyl, compared to porous surfaces such as cotton.

These were the details of the news Not reassuring news … Corona lives on the phone for 28... for this day. We hope that we have succeeded by giving you the full details and information. To follow all our news, you can subscribe to the alerts system or to one of our different systems to provide you with all that is new.