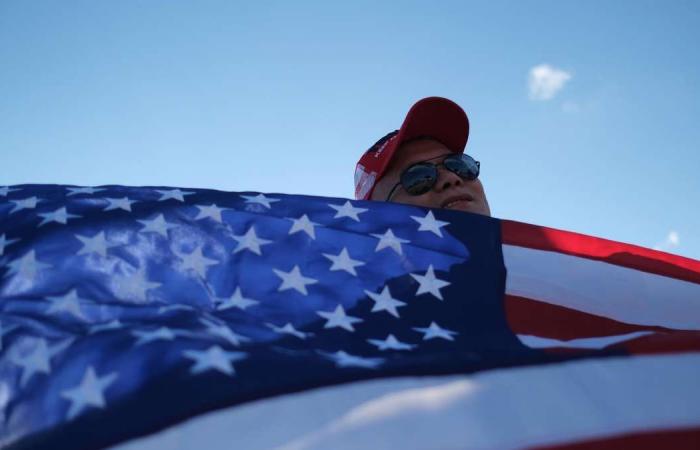 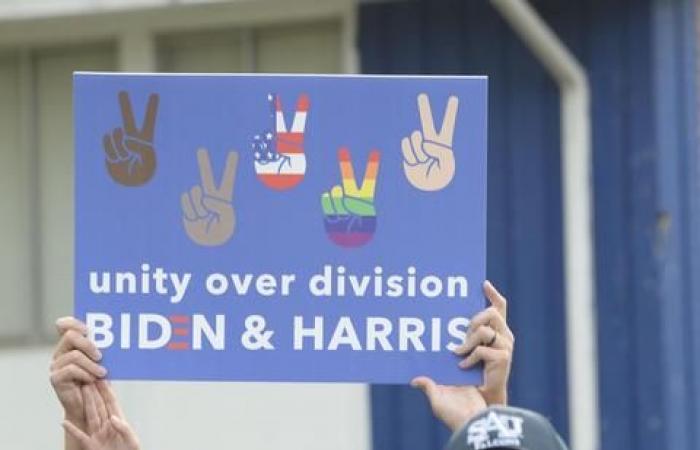 Thank you for your reading and interest in the news How will US policy on the Middle East look after the 2020 election? and now with details

Hind Al Soulia - Riyadh - For everyday American voters, the Middle East is barely a footnote in an election season dominated by talk of Covid-19, jobs, racial justice and whether a conservative Christian woman gets a seat on the Supreme Court.

The view is different in reverse. From Rabat to Muscat, leaders scrutinise every poll to gauge whether President Donald Trump, a Republican, will beat his Democratic rival Joe Biden on November 3, and what this means for America’s role in the region these next four years.

The two men clash on how to handle Iranian assertiveness but may overlap on Israeli-Palestinian peace talks and Washington’s ties to Gulf allies. It is unclear whether the energy-independent US is disengaging from the oil-rich region, as some claim.

“US policy on the Middle East can look similar under Republican and Democratic administrations, but Iran is the exception,” Raed Jarrar, a Washington-based Arab-American analyst of US foreign policy, told The National.

“Still, I would expect Trump to dial back the rhetoric on Tehran in a potential second term, while President Biden would take a softer policy, lift some sanctions and try to renegotiate the nuclear deal that the US pulled out of.”

Mr Trump’s signature Middle East policy has been the so-called “maximum pressure” campaign of reimposing US sanctions on Iran after exiting the 2015 nuclear deal that Washington and other powers had brokered with Tehran in the Obama-era.

Mr Trump says it was the “worst deal ever" and only punishing US sanctions can force Iran back to the negotiating table and to limit its nuclear programme, missile-building and support for proxy forces, such as the militant political group Hezbollah in Lebanon.

But Mr Trump “hit a cap” when a US drone strike killed Tehran’s military mastermind Qassem Soleimani at Baghdad airport in January, said Mr Jarrar. Iran-backed militants retaliated, and Mr Trump had no stomach for full-on war with Iran.

Mr Biden says he would work to repair ties with Europeans that have been strained by the Trump administration and would re-enter the 2015 deal if “Iran moves back into compliance” with uranium-enrichment and other requirements.

For Alex Vatanka, who heads the Iran programme at the Middle East Institute, a Washington-based think tank, Mr Trump was willing to posture tough but not “act on it”. A "multilateralist" Biden administration would fare better.

“European support makes for a stronger American hand to knock on the Iranian door and talk nuclear issues,” said Mr Vatanka. “The Iranians might be more willing to listen to the US together with its allies as opposed to when it’s just Trump’s swagger.”

On Israel, Mr Trump has doubled down on support for the Jewish state, moving the US embassy from Tel Aviv to Jerusalem in 2018, recognising Israeli sovereignty over the disputed Golan Heights and proposing favourable terms in a peace deal with Palestinians.

Last month, Mr Trump signed the Abraham Accord between the UAE, Bahrain and Israel, normalising ties between the Gulf states and Israel in exchange for guarantees to not annex Palestinian land, while opening the door on trade, tourism and security co-operation.

For Jonathan Cristol, a Middle East research fellow at New York’s Adelphi University, the accord was among Mr Trump’s “few successes” and Mr Biden, if elected, would nudge other Arab countries towards their own normalisation pacts with Israel.

But, he added, the elusive goal of successive American presidents to broker a final-status deal between Israelis and Palestinians would likely remain unattained whether it is Mr Biden or Mr Trump living in the White House at the end of January 2021.

"We’re kidding ourselves if we think either man will make real progress,” Mr Cristol said.

“Trump would continue to sideline and ignore the Palestinians; Biden would make a good-faith effort to bring the two sides together, but he is smart enough to know not to stake much credibility, energy, time, or effort, on either [Israeli Prime Minister Benjamin] Netanyahu or [Palestinian President Mahmoud] Abbas.”

More broadly, Mr Trump questions the benefits of US military interventions in the Middle East, especially the 2003 Iraq invasion. He wants all troops serving in the longest-ever US war, in Afghanistan, back “home by Christmas”.

Analysts point to Mr Biden’s more traditional view of America's leadership role in the world, and note that even the isolationist Mr Trump deployed more troops to the Middle East when tensions spiked with Iran.

For Imad Harb, the director of research and analysis at the Arab Centre Washington DC, a think tank, Mr Trump’s stated goal to exit the Middle East, which resonates with many on the left, may never translate into action.

“The potential for US disengagement from the Middle East is rather small, not because the US needs Middle Eastern oil but because US strategic considerations do not allow that,” said Mr Harb.

“The US is a global power, and if Biden wins in the coming election – a very likely outcome – he will want to reassert that power everywhere. Still, the US is not going to act as any one state’s protector in the region.”

A survey this week from Pew Research Centre found that 54 per cent of US voters said Mr Biden makes good foreign policy decisions, compared to 45 per cent for Mr Trump. Electorally, national polls put the Democrat about ten percentage points before Mr Trump.

These were the details of the news How will US policy on the Middle East look after the 2020 election? for this day. We hope that we have succeeded by giving you the full details and information. To follow all our news, you can subscribe to the alerts system or to one of our different systems to provide you with all that is new.

PREV As US Covid-19 cases rise, so does demand for antivirals
NEXT 25 persons emerge from shell-pounded steel complex in Mariupol