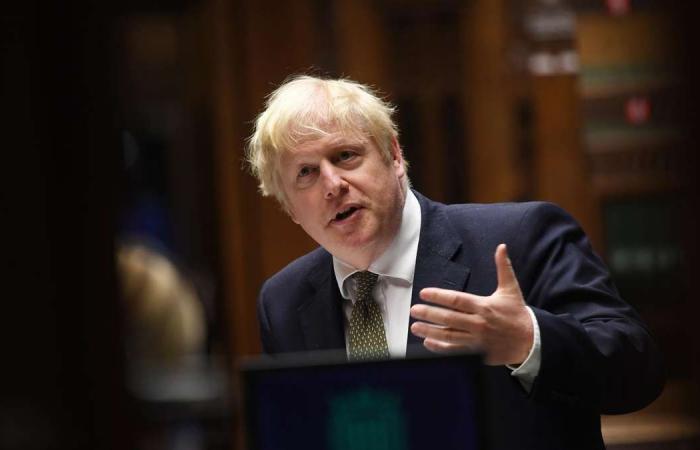 Hind Al Soulia - Riyadh - European Union leaders will discuss preparations for the potential collapse of trade talks with the UK when they hold a summit later this week after France dug in, questioning whether it could hold Boris Johnson’s government to any agreement.

The bloc’s 27 national leaders will assemble in Brussels on Thursday – the same day the prime minister has threatened to walk away if he considers a deal to be unlikely. With an accord hanging in the balance, the chiefs will review their contingency plans, according to officials in Brussels.

They will also consider the need for stringent, legally binding dispute-resolution mechanisms in any deal after being stung by the UK’s announcement last month that it would unilaterally rewrite parts of the Brexit divorce agreement. The move has stoked distrust of Johnson in EU capitals, adding a further obstacle to any accord.

“We do want to trust the UK, but what we have seen in the last weeks regarding the Withdrawal Agreement is extremely worrying,” French European Affairs Minister Clement Beaune told reporters on Monday. “It’s a matter of how the U.K. is a partner of trust in the years to come.”

With talks continuing in the Belgian capital this week, EU chief negotiator Michel Barnier will on Tuesday update all 27 European affairs ministers on the state of the deliberations.

While the UK is pushing the bloc to soften its demands on fishing, the EU is demanding concessions from Britain, including limits on what state aid it will be allowed to provide to businesses.

The discussions about contingency planning are, to a certain extent, a negotiating tactic to lower expectations and put pressure on both sides to reach an accord, a senior EU diplomat with knowledge of the talks said. However, he added that governments are now getting nervous about the possibility of failure, and want the European Commission to bring forward contingency measures soon.

Britain’s chief negotiator, David Frost, said last week his team would still need to go on negotiating with the EU even if they fail to reach a free-trade agreement. Speaking to a committee of lawmakers in London, he said the two sides would have to come to arrangements in areas including flights and road haulage.

But the EU is unlikely to agree to a series of such sector-by-sector mini-deals, an EU official said. If talks collapse, the bloc would focus on striking agreements with the UK only where it sees an urgent need and where failing to do so would damage its economy.

Johnson held talks with French President Emmanuel Macron and German Chancellor Angela Merkel at the weekend in an attempt to break the deadlock. A spokesman for the prime minister said on Monday that time is short, but the government is committed to working hard to bridge its differences with the bloc this week.

France, though, hasn’t yet signalled it is prepared to offer any concessions over fisheries that would unlock a deal, and has so far rebuffed attempts by Mr Barnier and other EU countries to make compromises, a second EU official said.

Fish is “a big priority,” Mr Beaune said. “It’s important for the UK, and we do respect it. But the UK should respect and understand it is crucial for France and for all the EU,” he added. “We will defend our interests.”

France wants EU boats to enjoy the same access to British waters they have under the bloc’s Common Fisheries Policy. But the UK wants to use a different method of calculating quotas that would leave its fleet with a far greater share of catches. It also wants to make access to its waters subject to annual negotiations.

These were the details of the news EU leaders to discuss contingency plan for failure of Brexit talks for this day. We hope that we have succeeded by giving you the full details and information. To follow all our news, you can subscribe to the alerts system or to one of our different systems to provide you with all that is new.