Dublin has not yet gone around the corner in the Covid... 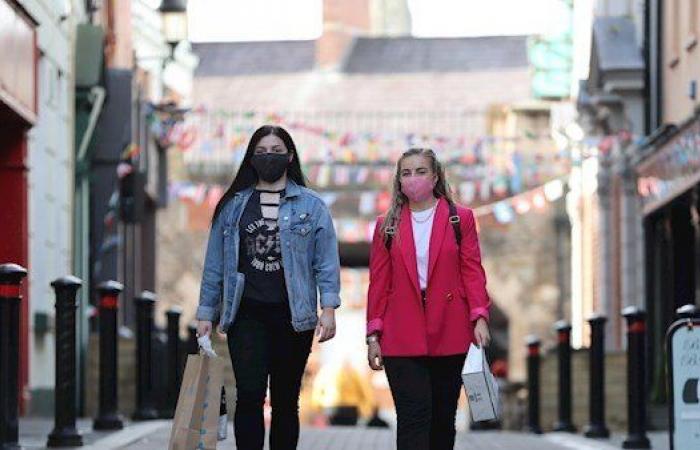 There have been 825 new cases of Covid-19 and one more coronavirus-related death in the republic, the National Public Health Emergency Team (Nphet) said Monday.

Border districts have been shown to have had the highest per capita increase in the past 14 days.

Data from Monday showed that cases in Dublin were broadly stable for the past two weeks at 178.4 per 100,000 residents, just above the national rate of 167.8 and below eight other counties.

“We have seen some of the effects of the measures, the growth rate in Dublin has decreased, it is now at least lower than in other parts of the country. We saw some stabilization in the numbers last week, but for each of the past three days we’ve seen ‘I’ve seen case numbers again,’ Holohan told a press conference on Monday evening.

In the north, another three deaths and 877 new cases of Covid-19 were reported on Monday.

Almost a third of all confirmed cases in the region since the pandemic began, 6,161 out of 21,035, were reported in the past seven days. There are currently 140 patients in the hospital and 22 in intensive care due to the virus.

Although there was a less extensive testing regimen during the height of the pandemic, the rising numbers are causing significant concern among health officials.

In the Derry and Strabane Council area, which is currently subject to additional local restrictions, the rate rose to 971 per 100,000 last week.

The weekly Stormont executive meeting, which was scheduled for Thursday, is expected to be brought forward to Tuesday, an indication that decisions on new restrictions are imminent.

The news comes after a Laois care home dealing with an outbreak of more than 30 cases of Covid-19 reported that three of its residents had died from complications from the disease.

A fourth resident at the Kilminchy Lodge nursing home in Portlaoise has been hospitalized with the virus.

On October 6, the home reported 31 cases of the virus among its residents and staff. 21 of the cases concerned residents.

In a statement made Monday afternoon, the nursing home said: “Unfortunately, three of our residents have died since the outbreak began. These residents had tested positive for Covid-19. ”

“Two of the deaths occurred in the nursing home itself and one person died in Portlaoise General Hospital,” it said.

These were the details of the news Dublin has not yet gone around the corner in the Covid... for this day. We hope that we have succeeded by giving you the full details and information. To follow all our news, you can subscribe to the alerts system or to one of our different systems to provide you with all that is new.