Fires turn olive trees into ashes before they are harvested 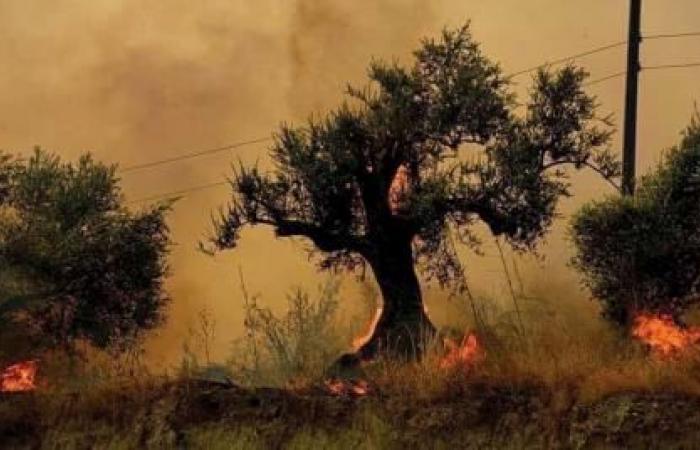 Suhail Deeb did not remain any of the olive trees that he inherited from his father in Tartus Governorate in western Syria, after the flames devoured them before they were harvested, as part of a series of fires that devastated large forests in the country.

According to a report by the French Press Agency from Tartous, Deeb, 61, is trying to bend the branches of the burnt olive trees, hoping to find in them a tenderness indicating that they are not completely blurred. But it is shattering in his hands. “I used to have a hundred trees,” he says, sighing with regret. “I have never seen a similar fire in my whole life,” he adds.

Huge fires have erupted since dawn on Friday in several areas, destroying thousands of dunams of forests and agricultural lands in the coastal provinces of Lattakia, Tartous in the west, and Homs in the center. It caused widespread anger before the firefighting teams, with the support of the military helicopters, were able to extinguish them on Sunday.

The authorities have not released an official toll on the size of the losses, but estimates cited by the United Nations Office for the Coordination of Humanitarian Affairs (OCHA) in its report on Sunday, reported the destruction of more than 9,000 hectares of agricultural land, forests, orchards and olive trees.

Although a full day has passed since they were extinguished, smoke is still rising from the ashes of the burning forests in the countryside of Tartous and Latakia. And large areas of the surrounding mountains turned into huge black blocks.

Deeb spent his life growing and caring for olives in the Mashta Al Helou area. Due to the economic difficulties in Syria, he waited impatiently for the harvest of the new season, which begins this month, to secure its oil and olives. He says, “We were relying a lot on this season to make up for our successive losses (…) The olives were ripe and their grains were large, and had it not been for the fires, we would be preparing now to start harvesting them.”

According to preliminary estimates published by OCHA, nearly 28,000 families, or 140,000 people, were affected by the fires, their homes, properties or agricultural lands. In Mashta al-Hilu alone, more than 65 farmers were affected, including Ali Issa (47 years old).

On a small boulder, the farmer sits with his back on a burnt tree. He looks at the other side of the country, which was also affected by the fire. He says: “Difficult circumstances went through a lot for us during the war, but everything that happened on one side, and these fires are on another scale. We are facing a real disaster ».

After inspecting the damage in his lands, Eissa explains that several bushes survived the great fire. And he insists on replanting olives, as it is “a blessed and sacred tree, and it is our livelihood.” He adds, “We will grow it again, but not for us to eat it, but for our children to eat from it.”

Since Friday, the fires have affected homes and facilities, including the General Tobacco Corporation warehouse building and a government hospital in the town of Qardaha, Muscat, the family of Syrian President Bashar al-Assad in Lattakia, resulting in severe damage to the tobacco establishment building and demanding the evacuation of the hospital. The fires also forced many families to flee from several areas after the fire approached their homes. And the Ministry of Health announced that three people had died in Latakia due to the fires.

Activists on social media circulated photos and videos showing the fires with the tag “Syria Burning”. There were also appeals to parents asking for help. The mayor of Mashta al-Hilu, Joseph Eid, wanders around the damaged lands and facilities, lamenting the empty parks that were crowded with vacationers in the late summer. “The fires caused a lot of damage,” he says. It takes years for the lands to return to what it was. ”

These were the details of the news Fires turn olive trees into ashes before they are harvested for this day. We hope that we have succeeded by giving you the full details and information. To follow all our news, you can subscribe to the alerts system or to one of our different systems to provide you with all that is new. 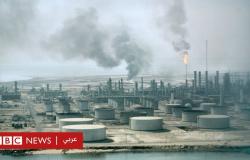