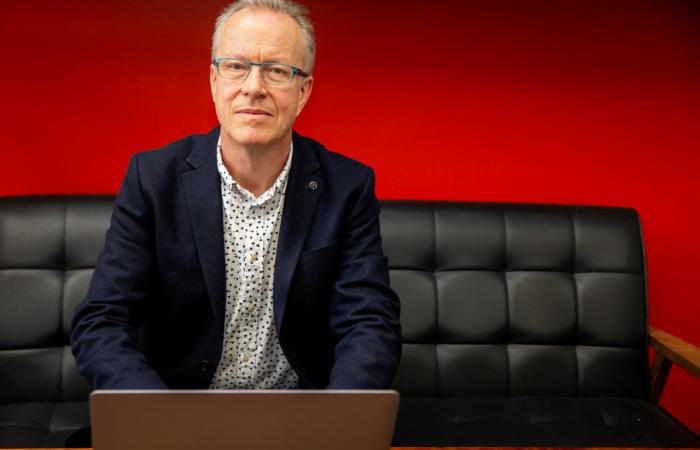 Geoscientists at the University of Sydney uncovered a natural laboratory to test claims that the carbon captured by common rocks during erosion and weathering could be a viable strategy to contain global warming.

This laboratory is in the Tweed River Valley in northeast New South Wales.

“When common rocks known as olivine are chemically broken down, they absorb carbon dioxide to form carbonates, which can then be washed into the oceans,” said lead study author Kyle Manley, a student at the University of Irvine in California. who began the research while studying in Sydney.

“In this way, river valleys like the Tweed can act as carbon sinks.”

The carbonates formed later become the shells of marine animals and corals. Over millions of years, these remains can form huge underwater carbonate structures. Occasionally they are pushed above sea level, such as the White Cliffs of Dover in England.

To combat global warming, some have suggested the weathering of olivine, and its carbon sequestration could be used to absorb millions of tons of carbon dioxide from the atmosphere.

“But those ideas haven’t really been tested on a large scale,” said Mr. Manley, who began the study during a bachelor’s exchange at the University of Sydney’s School of Geosciences and graduated from the University of Colorado at Boulder.

Research now published in the journal Limits in Earth Scienceswill allow scientists to test these claims in the Tweed Basin, a 1,326 square kilometer region, and other regions that act as carbon sinks.

Co-author Dr. Tristan Salles of the School of Geosciences at the University of Sydney said: “We ran seven scenarios through 2100 and 2500 to see how much carbon can be absorbed under different climatic conditions.

The seven scenarios also describe a complex and interconnected interplay between weathering and sea level rise, with oceans invading along the Tweed Coast. In some areas, however, extensive weathering is depositing large amounts of new sediment on the coastal plain.

Dr. Salles said: “With increased global temperatures, this part of Australia will likely experience increased rainfall, which will significantly accelerate the weathering process of oliving rocks.

“Our modeling shows that in some parts of the Tweed floodplains between 3.8 and 6.5 meters of sediment could be deposited. In the event of a counter-process, the coastal erosion will occur from the invading ocean. ”

After their first modeling of the Tweed Basin, scientists could absorb between 57 and 73 million tons of carbon dioxide annually from weathering olivine by the end of this century. The United Nations median estimate of carbon emissions by 2100 is about 70 billion tons per year, which means a location like the Tweed Basin would absorb less than 0.1 percent of total carbon emissions.

Scientists used model data from the Australian government and the United Nations International Panel on Climate Change, as well as extensive data on the Tweed River Valley from Geoscience Australia and the three-dimensional Great Barrier Reef Project (3DGBR).

“Nobody suggests that carbon sequestration through olivine weathering will solve our problems,” said co-author Professor Dietmar Müller. “Given the proposals to artificially improve this weathering process in order to absorb the carbon pollution, it is important that we understand how feasible this can be.”

The scientists say their modeling will help identify other regions where climate change could create environments where increased natural carbon sequestration could occur.

“We have found that the rate and extent of sea level rise are the dominant controls over where, when and how much sediment is deposited in such a region,” said Manley.

“Climate change will throw these river systems out of balance. So there is still a lot to be done to understand how they work as natural carbon sinks. ”

The world’s first database on the Carbon Dioxide Removal Act

Provided by the University of Sydney

These were the details of the news Australian Valley is a “natural laboratory” for testing carbon sequestration theory for this day. We hope that we have succeeded by giving you the full details and information. To follow all our news, you can subscribe to the alerts system or to one of our different systems to provide you with all that is new.

PREV Assistive technology: a ‘life changer’ for those most in need
NEXT 25 persons emerge from shell-pounded steel complex in Mariupol