Live broadcast | Watch the Zamalek match and the border... 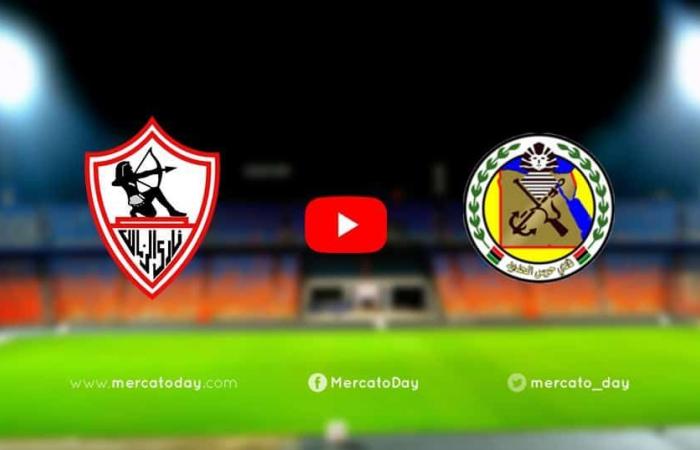 Mercato Day offers you live coverage of the match between Zamalek and Haras Al Hodoud within the tour 33 From the Egyptian Premier League, in a live broadcast from El-Max Stadium in Alexandria.

Zamalek and Haras El Hodoud match start at exactly the same time 20:00 in Egypt’s time , 21:00 Saudi time, and it is broadcast on the first Ontime Sport channel, with the voice of commentator Moamen Hasan, without commentator on the second audio channel.

The first match between Zamalek and Haras El Hodoud in the Egyptian League this season ended with the victory of Zamalek with two goals without a response, and Jaime Pacheco’s men are seeking to win in order to continue the Pyramids competition for the second place qualifying for the African Champions League next season.

Pyramids tied with Al-Ahly at the top of the matches yesterday, Saturday, without goals, to become one point away from Zamalek, who ranks second with a score. 65 Point.

These were the details of the news Live broadcast | Watch the Zamalek match and the border... for this day. We hope that we have succeeded by giving you the full details and information. To follow all our news, you can subscribe to the alerts system or to one of our different systems to provide you with all that is new.