The sales of electric cars tripled in the race to comply... 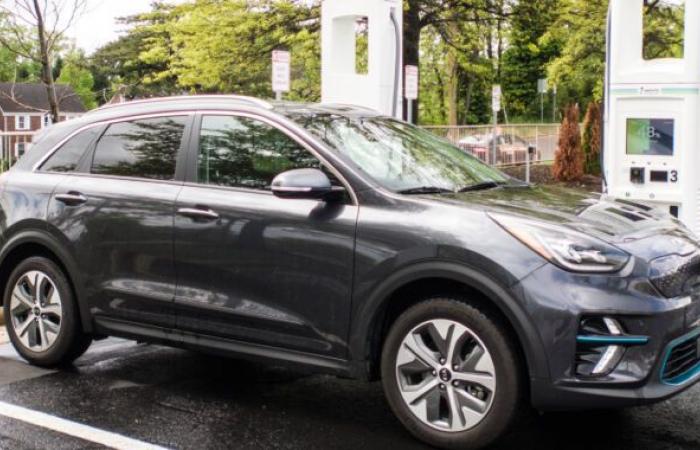 One in ten new cars that will be sold across Europe this year will be an electric or plug-in hybrid. This corresponds to three times the sales of last year, after the automobile manufacturers introduced new models in order to meet the emission regulations, according to forecasts of the green policy group Transport & Environment.

The group is forecasting that the market share of most electric cars will increase to 15 percent next year as automakers across the continent struggle to reduce their CO2 levels. The forecasts are based on sales data for the first half of the year as well as expected increases as manufacturers strive to comply with the tightening restrictions in 2021.

“Electric car sales are booming thanks to EU emissions standards,” said Julia Poliscanova, director of clean vehicles. “Next year, every seventh car sold in Europe will be a plug-in.”

According to the regulations, car manufacturers have to reduce the average emissions of their vehicles to 95 g CO2 per km or face fines that could cost billions of euros.

In the first six months of the year, average emissions fell from 122 g to 111 g, the largest decrease in six months in more than a decade.

While five percent of the cars sold this year are excluded from the calculations, a concession by the EU to make it easier for automakers to get started with the new regime, every vehicle counts towards the total from next year.

Environmental groups have criticized the concessions and the fact that the CO2 limit values ​​are not to be tightened again until 2030.

“The EU manufacturers are back in the EV race, but without more ambitious CO2 targets in 2025 and 2030 to encourage them, they will run out of steam by 2022,” said Ms. Poliscanova.

Some automakers are still lagging behind the new rules, according to T&E calculations, requiring a late spike in power sales or buying credit from a rival who has already broken the rules in order to avoid hefty fines.

The system enables those who have generated “credits” by selling all-electric cars or plug-in hybrids to sell them to competitors who are struggling to follow the rules. The value of credits falls over time.

Volvo Cars announced earlier this month that it was open to selling its loans to competitors after the demand for hybrids soared this year. Daimler, which is partially owned by Volvo parent company Geely, is furthest behind its targets and most likely in need of credit, according to T&E.

Some automakers have also been hampered by the pandemic, which delayed the rollout of key models and weighed on demand. VW saw the start of its electric offensive slowed down by the epidemic and has consequently lagged behind in its goals. Hyundai and Kia are also lagging behind as sales of electric models like the Hyundai Kona and Kia e-Niro are delayed by the pandemic.

Toyota, which will be merged with Mazda, is very close to achieving its goals as traditional hybrids that power an engine and battery at the same time are widespread.

BMW, which relies on both plug-in hybrids and its all-electric i3 model, has hit its targets for this year, as has Renault, which sells the electric Zoe. Renault’s alliance partner, Nissan, which sells the Leaf electric car, is also close to its goals.

© 2020 The Financial Times Ltd. All rights reserved. No distribution, reproduction or modification.

These were the details of the news The sales of electric cars tripled in the race to comply... for this day. We hope that we have succeeded by giving you the full details and information. To follow all our news, you can subscribe to the alerts system or to one of our different systems to provide you with all that is new.