The fact that Gomez filed a complaint against Al Hilal in... 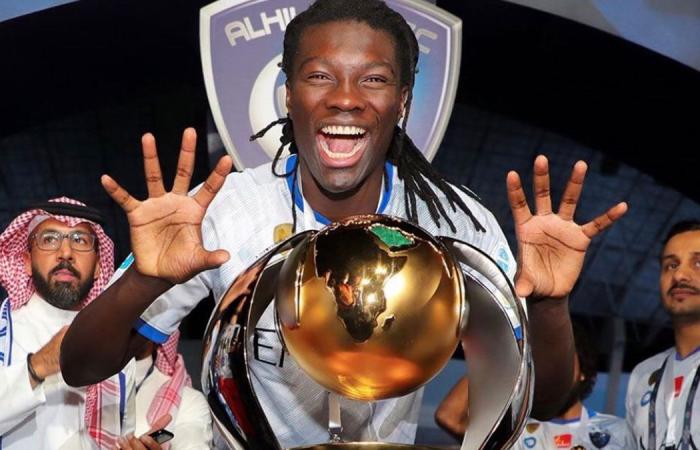 The Saudi Al-Riyadiah channel revealed the truth about the news that the Frenchman Pavitembe Gomez, a club striker Crescent moon, By filing an official complaint with the International Federation of Football Associations “FIFA”, for not receiving his financial dues and monthly salaries.

Abdul Rahman Al-Hamidi, the presenter of the “Diwaniyah” program, said: “According to our sources in Al-Hilal, it is not true what has been circulated that a complaint has been filed against Al Hilal regarding the financial dues of the former Gomez club. It is news that has been circulated on social media, but all the financial details regarding the player are expired and there are no financial details about the player with his former club.

Turkish media had indicated that the Turkish Galatasaray had filed a complaint in FIFA against Al Hilal due to their failure to obtain the final installment of Gomez’s transfer deal to the Saudi club, which is estimated at 2 million euros, in addition to the French striker thinking of submitting a complaint as well because of Not receiving his dues.

The Al Hilal management recently announced the renewal of the contract with the French striker for a period of two seasons, after his contract expired in June 2020, following a recommendation from the Romanian team coach, Razvan Lucescu.

The French star’s last tweet was posted on his official Twitter account, during which he congratulated the legendary Crescent, Yasser Al-Qahtani, on the occasion of his birthday, and wrote to him: “Happy birthday, our legend. I wish the best for you and your family and enjoy your day. I hope I am lucky enough to play with a great player like you. ”

Gomez, since joining Al Hilal in 2018, has performed remarkably, and contributed to the leader’s crowning the AFC Champions League and Saudi Professional League titles, in addition to fourth place in the Club World Cup.

The new season of the Saudi League 2020-21 begins on Saturday, October 17th, and “Al Zaeem” will start its matches against the newly promoted Al Ain of the competition.

These were the details of the news The fact that Gomez filed a complaint against Al Hilal in... for this day. We hope that we have succeeded by giving you the full details and information. To follow all our news, you can subscribe to the alerts system or to one of our different systems to provide you with all that is new.