“The Blue Homeland” … the current title of Turkey’s ambition to... 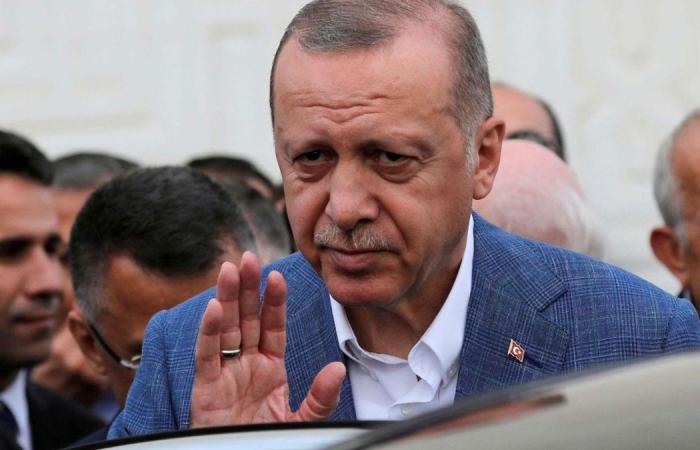 A report published by the “Atlantico” website considered that the remarkable Turkish interventions in the recent period from Libya to the eastern Mediterranean and up to the Caucasus are part of a strategy implemented by the President Recep Tayyip ErdoganFor the revival of the Ottoman Empire and the pursuit of energy independence that Ankara seeks to achieve by force, by embodying the concept of the “blue homeland”.

The report stated that “since the start of the clashes between Azerbaijan and Armenia in Nagorno Karabakh at the end of last September, the international community has sought to block Turkey’s intentions in this conflict.”

He pointed out that “the intervention in Libya at the end of 2019, and exploration and exploration in the eastern Mediterranean with the risk of escalating tensions with Greece and other NATO members, last summer, and finally the apparent military support of Azerbaijan in its conflict with Armenia, all stations for the implementation of this strategy. “.

He continued: “In the eastern Mediterranean, Erdogan’s new Ottoman expansion responds above all to the goal of energy autonomy, as well as to geopolitical ambitions.”

He concluded that the “doctrine of the so-called“ blue homeland ”, which is very popular among extremist Turkish nationalists and within the army, aims to give Turkey control over a vast maritime area extending from the Black Sea to the Aegean Sea and to a large extent in the eastern Mediterranean to exploit its resources.

In this context, the report pointed out that “the support provided to the Government of National Accord in Tripoli was not free of charge to Ankara, which, according to the Turkish-Libyan maritime agreement signed at the end of November 2019, obtained access to economic zones very rich in gas resources, but which Greece demands. Cyprus ”.

“In addition, Turkey has been negotiating, since last September, the possibility of conducting oil exploration in Libya, which includes the best and largest resources in Africa.”

According to the report, “the excessive diplomatic and military activity in Turkey observed in recent years, which has intensified dramatically since the Justice and Development Party lost the municipal elections, at the end of March 2019, is in fact a tangible translation of Erdogan’s aspirations to revive the Ottoman caliphate.”

The site added that “Erdogan, as the man who opposed Ataturk, who sought to make Turkey a modern country, does not imagine the greatness of his country except through the model of the nation capable of directing the Arab world, the Sunni Muslim.”

He explained that “during the emergence of the Arab Spring in 2011, Turkey also exercised, if only for a short period, a kind of temptation for the youth of the Arab world by appearing as a model for the ideal democratic Islamic society in the face of tyranny.”

According to the website’s report, “the tensions between Greece and Turkey that were observed throughout the summer of 2020 constitute a direct application of this doctrine and respond to Ankaras increasing desire to reconsider the regional division that it considers unfavorable.”

He continued: “In this regard, it seems that the possibility of a large-scale confrontation with Greece is very conceivable, and it is even desirable for the most extreme of the Turkish hawks, especially since the conflict also affects Cyprus, which is another unresolved issue between The two states ”.

The report considered that “European countries, as well as Russia, logically understand the dangers of geo-economic turmoil generated by Erdogan’s adventures in the eastern Mediterranean, without succeeding at the present time in determining the appropriate response, and therefore Turkey’s intervention in the Nagorno-Karabakh conflict is only the latest manifestation. This comprehensive strategy ”.

In February 2019 AD, the Turkish forces launched the largest military maneuver in the history of the Turkish Navy, with the participation of (103) warships and twenty thousand Turkish soldiers, and officially carried the name “The Blue Homeland”, the name that was not familiar at the time, and it was not known what was meant Specifically.

Soon, the clarification of the name came on March 4, 2019 AD, with the appearance of the Turkish President, Recep Tayyip Erdogan, at a press conference on the sidelines of the military maneuvers, and behind him a map appeared explaining the borders and area of ​​the blue homeland, and written on it in Turkish: (Mavi Vatan); That is, the “blue nation”.

According to the announced map, the blue homeland is areas in the seas surrounding Turkey: the Black Sea, the Sea of ​​Marmara, the Aegean Sea, and the Mediterranean, Turkey has the right to exploit and invest all the resources within its borders.

These were the details of the news “The Blue Homeland” … the current title of Turkey’s ambition to... for this day. We hope that we have succeeded by giving you the full details and information. To follow all our news, you can subscribe to the alerts system or to one of our different systems to provide you with all that is new.