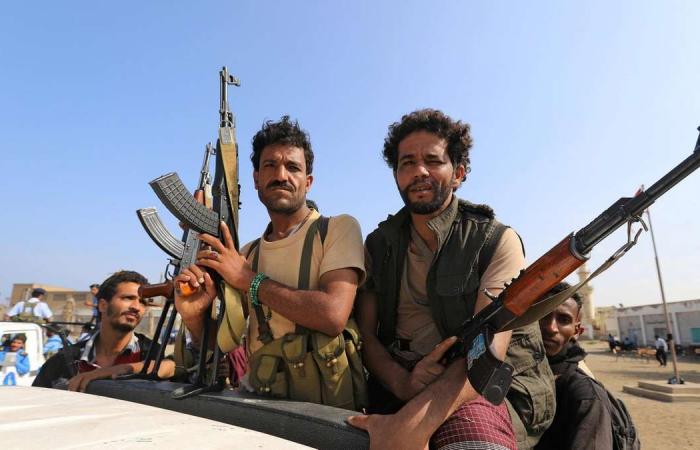 Hind Al Soulia - Riyadh - Shelling by Yemen’s Houthi rebels killed two civilians and injured several others on Sunday in another attack on healthcare centres in Hodeidah, a medical official in the western province said.

The Houthi attack comes amid a recent escalation of fighting despite the UN-mediated ceasefire in Hodeidah between the Iran-backed rebels and forces loyal to the government, which is supported by a Saudi-led coalition.

Dawood Kattab, manager of the government's health services in the coastal areas of Hodeidah, said Sunday’s attack on a village near Al Duraihimi in eastern Hodeidah followed the shelling last week of a healthcare centre in the south of the province.

“Talal Kuba, 37, and his brother Ahmed Kuba, 22, were killed when a Houthi mortar fell on their house next to the healthcare centre in Al Shogaiyrah village on Sunday evening,” Dr Kattab told The National

“The area which was crowded with women and children receiving health care at the time.”

Another house near the health centre was also hit, but without any casualties. “The house was destroyed completely but fortunately the shell landed while the whole family was out,” he said.

Dr Kattab said the rebels had repeatedly targeted healthcare centres that serve thousands of civilians since they started the recent escalation in Al Duraihimi and the Haiys area in southern Hodeidah.

“Last Wednesday, the Houthi militia pounded the healthcare centre in Al Mandhar area in Al Hawak district in south-east Hodeidah with two mortar shells. The attack damaged the facility, which was just reopened after being serviced and supplied with medical equipment by the Emirates Red Crescent,” he said.

Eastern and the southern Hodeidah witnessed a rapid military escalation between the rebels and the pro-government Joint Forces last week.

“The Houthi militia severely violated the ceasefire and launched a large-scale attack attempting to take control over sites controlled by our forces in Al Duraihimi and in the eastern outskirts of Hodeidah port city last week,” said Col Mamoon Al Mahjami, spokesman for the Al Amalika Brigades that are part of the Joint Forces.

He said government forces recaptured the post and advanced another four kilometres east from the city in a counterattack on Friday.

The UN special envoy to Yemen has voiced deep concern over the escalation in Hodeidah, which followed a breakthrough agreement on a prisoner exchange between the two sides that raised hopes of further progress towards reaching a political solution to the five-year-old war.

“This military escalation not only constitutes a violation of the Hodeidah ceasefire agreement but it runs against the spirit of the ongoing UN-facilitated negotiations that aim to achieve a nationwide ceasefire, humanitarian and economic measures and the resumption of the political process," Martin Griffiths said in a statement issued on October 8.

"I have been engaging with all sides. I call on them to immediately stop the fighting, respect the commitments they made under the Stockholm agreement, and engage with UNMHA’s joint implementation mechanisms,” Mr Griffiths said, referring to the UN Mission to support the Hodeidah Agreement.

These were the details of the news Yemen rebels kill two civilians in attack on Hodeidah health centre for this day. We hope that we have succeeded by giving you the full details and information. To follow all our news, you can subscribe to the alerts system or to one of our different systems to provide you with all that is new.

PREV Protests have broken out in Philadelphia after a black man was...
NEXT Real Madrid gets out of “Borussia” to save face