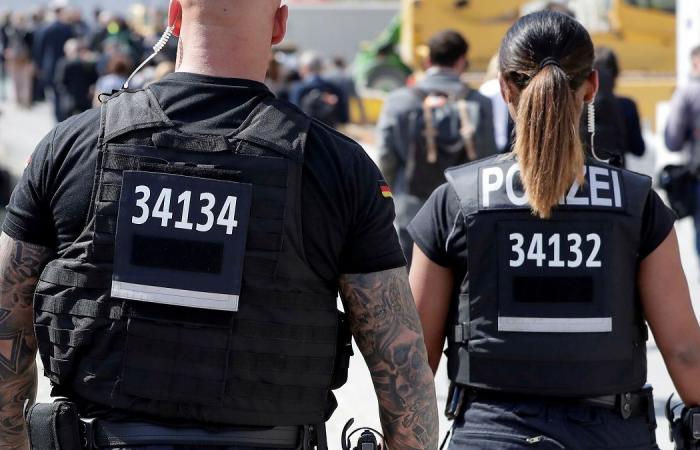 Exposed Tunisian citizen residing in Germany Police officers in the city of Krefeld, in western Germany, were harassed, according to widely circulated videos, while the German authorities announced an investigation into the incident.

Activists, on social media, circulated on Sunday a video of the arrest of a Tunisian citizen by the police, in the manner of George Floyd The American who was killed by the American police, according to their expression.

In the video clip, which provoked angry reactions, the Tunisian citizen is shown being beaten by the police, and the video clip taken by a woman also shows 3 police officers throwing a Tunisian to the ground after showing resistance to escaping from their grasp.

At these moments, a policewoman intervened and placed her knee on his neck, in a scene that recalled the accident of the American’s murder. George Floyd Last May, he died after suffocation, as a result of an American policeman kneeling on his neck and torturing him.

Explaining the circumstances of the incident, Krefeld police said in a statement, that a fire broke out on Saturday in a building on Blumen Street, noting that the police sought to evacuate a German citizen and a 47-year-old Tunisian from the building.

According to the statement, during the evacuation, the Tunisian citizen showed resistance to the police, which prompted the use of force against him.

The statement indicated that the police arrested the German citizen on suspicion of setting fire to the building, while the Tunisian citizen was arrested and an investigation was launched against the police officers accused of using violence against him.

These were the details of the news German police attack Tunisian “Floyd” (video) – Erm News for this day. We hope that we have succeeded by giving you the full details and information. To follow all our news, you can subscribe to the alerts system or to one of our different systems to provide you with all that is new.