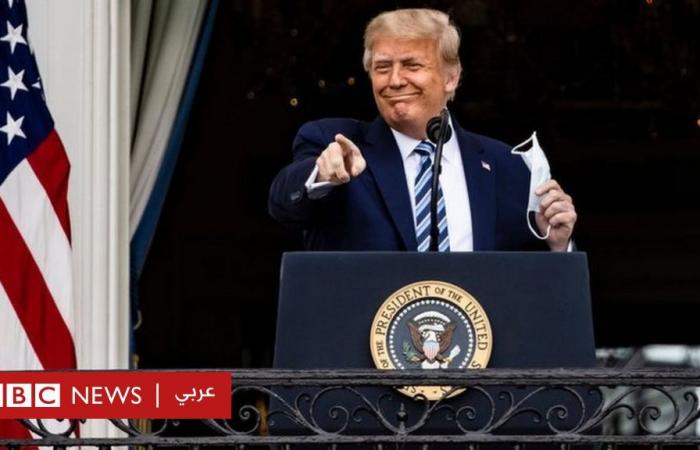 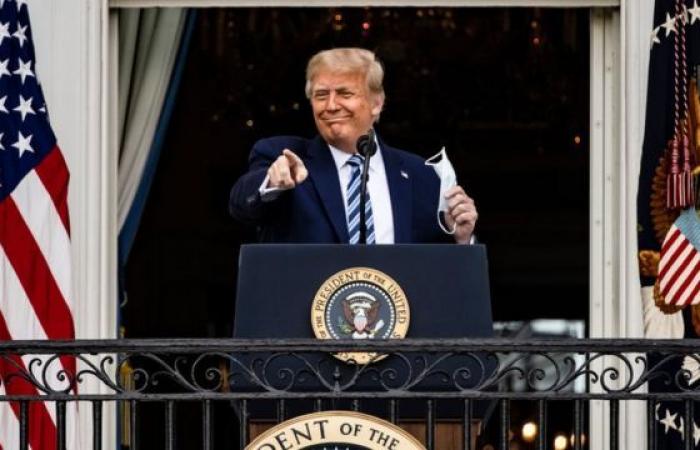 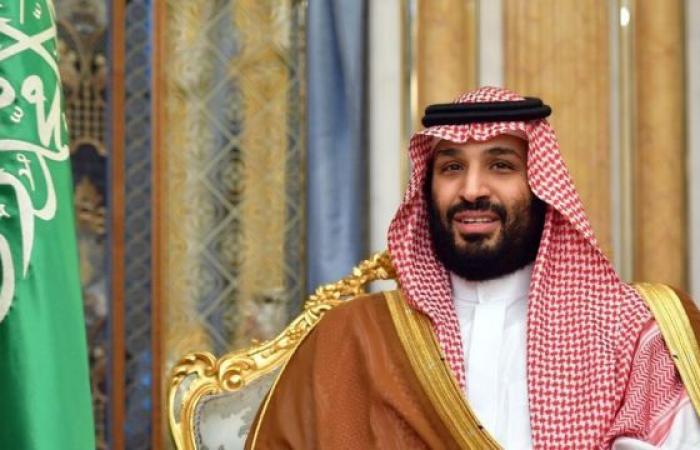 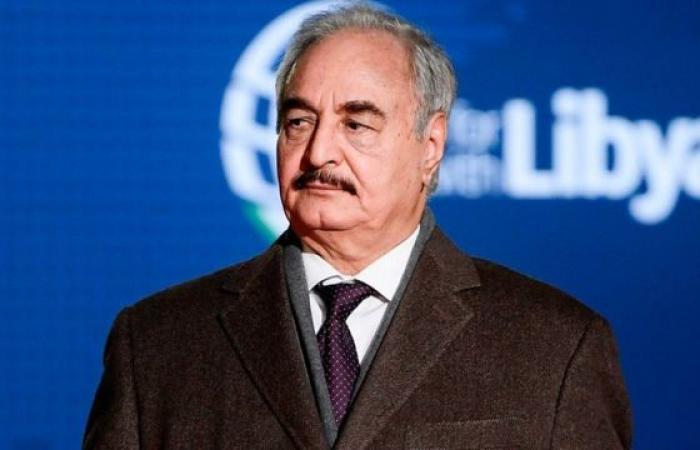 We start with the Financial Times and an article written by former US Secretary of State Madeleine Albright titled “Donald Trump Shouldn’t Be How American Democracy Dies.”

“When I arrived in New York as a refugee, at the age of 11, I quickly became proud and grateful,” Albright says. Later, as an American diplomat, I often referred to the country’s democratic institutions and the venerable electoral process as role models. Foreign friends supported this assessment. When people look at the United States, they often like what they see. “

But this month, Albright adds, I almost feel those happy memories are far away. Because of the strange behaviors of a born president with a spoon of gold in his mouth, she added that American democracy has become audibly shattered. While watching the recent TV debate between Donald Trump and his Democratic rival, Joe Biden, I felt as if I was trapped inside an erupting volcano with a howling dog. The president who claimed to represent law and order refused to abide by the rules of debate his campaign had accepted. He also refused to condemn the forces of racial intolerance or pledge to abide by the election results. Based on his record, none of this was surprising.

Shortly thereafter, the author says, Trump and several people close to him tested positive for coronavirus. Again, this was not surprising given the administration’s cavalier attitude toward the pandemic. This followed an extremely inept effort by White House officials to portray their president as someone who “beat” the virus, albeit with the help of an outstanding medical team and experimental drugs. Trump’s message, that no one should fear the virus, has been refuted by the bones and remains of the million people who have died from the virus.

And the writer goes on, Americans are now choosing a leader for the next four years. There is no greater democratic landscape than this, but this year also sees the potential for catastrophic disruption. Its reasons include: the challenge to vote safely due to the pandemic, the logistical burden of handling a large number of ballot papers for absentee voters, the potential for foreign and domestic agents to seek to influence the process by spreading lies, as well as the president’s disgraceful efforts to undermine public confidence in democratic institutions.

Albright asserts that by claiming that the elections will be rigged against him, he is deliberately sowing seeds of chaos, including the possibility of violent confrontations on Election Day, in addition to the massive amount of lawsuits in his wake. Even if the result is close, it may not be known for weeks, and it is also possible that it will be rejected on the pretext that there is fraud on the part of one of the parties.

No elections were free of flaws and disputes over the validity of the ballot papers, according to the writer, but this time Trump will try to amplify any minor inconsistencies, and so will those on the far left. Ultimately, the dispute might be settled by the Supreme Court, which is a matter of concern to Biden supporters. But we must prepare for the worst.

“I am often asked how long it will take to repair the damage the current administration has done to the global standing of the United States,” Albright says. I answer, “Certainly, the country cannot undo the democratic experiment even if it is represented by Trump, and this is what the Trump team is doing.

“If Biden is elected, he will inherit a state diminished by his predecessor’s search for“ greatness ”in all the wrong places. The new president’s task will be arduous (to reassure allies, reassert leadership on climate change and global health, forge effective alliances to curb the ambitions of China, Russia and Iran.” And re-establishing the identity of the United States as a champion of democracy. “

Albright concludes by asking: Are Biden and his team ready for this position? With the help of those who still wish well for the United States, the answer is definitely yes. But will they have a chance? It depends on how American citizens have come to view their country. The British newspapers published on Monday morning discussed several topics, the most prominent of which are: Trump should not be the means for the death of American democracy, and the small steps that Saudi Arabia is taking towards normalizing relations with Israel.

And to The Independent newspaper and an opinion article written by Bell Tru entitled “The Kingdom of Saudi Arabia is taking small but inevitable steps towards normalizing relations with Israel.”

Tru said that after the UAE and Bahrain announced that they would become the first Gulf states to normalize relations with Israel, there was fevered speculation about whether Saudi Arabia, whose king is the Custodian of the Two Holy Mosques, and whose economy is the largest in the Arab world, will follow suit.

Donald Trump, the godfather of the agreement, certainly believed it.

This was publicly excluded by Saudi Foreign Minister Prince Faisal bin Farhan Al Saud, except with a comprehensive peace agreement agreed upon by the Palestinians. But times and opinions change, and according to the author, what seemed to be a fanciful impossibility in the past may now no longer be a matter of if but when.

The author believes that one of the clear indications of a shift is the recent interview on Al Arabiya channel with Prince Bandar bin Sultan Al Saud, the former Saudi intelligence chief and longtime ambassador to Washington, in which he launched a scathing attack on Palestinian leaders because of their reaction to the deals. The Israeli Gulf.

For its part, the usually torn Palestinian leadership, according to the author, was united in its rejection of the accords, describing it as a “stab in the back” and a betrayal. It did not include an end to the Israeli expansion program, in addition to being inconsistent with the Arab peace initiative formulated by Saudi Arabia in 2002, which stipulates the complete withdrawal of Israel to the 1967 borders, and that normalization with Israel is conditional on a comprehensive peace agreement agreed upon by the Palestinians.

The writer believes that the Prince Bandar meeting was not the first or only sign of change. Last month, the imam of the Grand Mosque in Mecca urged Muslims to avoid “emotional attitudes and fiery enthusiasm” toward the Jewish people in a sermon broadcast on state television, the one who shed tears in the past while sermonizing Palestine and calling for victory for the Palestinians over the “invading aggressor” Jews.

This is what the author considers as a test balloon from the authorities for reactions or perhaps an attempt to plant a new idea. However, Saudi Arabia, which is arguably the most powerful country in the Gulf, would be loath to be seen as following in the footsteps of the Emirates and Bahrain, because it presents itself as the leader of the Islamic world, and has a role and a responsibility that is not on other countries, and thus It will be much more difficult for her.

But as Prince Bandar has made clear, circumstances and times are changing. Saudi Arabia may not take this step anytime soon, but it feels imperative for the first time.

We conclude with a report in the Guardian newspaper written by Lorenzo Tondo entitled “Footballers and Hunters: The Evidence of the Ugly Face of the Red Shrimp War between Italy and Libya”.

The writer refers to the small international crisis that arose between two countries located on opposite shores because the fate of 12 Italian fishermen detained in Libya depends on the fate of four Libyan footballers imprisoned in Italy on charges of human smuggling.

Libyan patrol boats seized a ship of 12 men, including 6 Italians, on September 1, accusing them of fishing in regional waters, and transporting them to Benghazi, where General Khalifa Haftar ordered their detention unless Italy released the four Libyans whose families claim to be refugees who fled the war Eligibility to continue their careers as footballers in Germany, they were forced by smugglers to drive the boat, and they were wrongly convicted.

The author explains that tensions in the 180 miles of sea separating Sicily from Libya go back to the mid-1990s, when Libya began protecting its fishing waters from foreign ships using force, and escalated in 2005 when Muammar Gaddafi unilaterally expanded Libyan territorial waters from 12 To 74 miles to Italy, in an area that contains the most valuable crustacean in the world, gambiero rosso or what is known as red shrimp, which can cost up to 70 euros per kilo.

According to data from a Sicilian fishing industry cooperative, Libya has seized more than 50 boats, confiscated two of them, and detained about 30 fishermen, and dozens of people were injured during the 25 years of the “Gambiero Russo War”.

The detainees are usually released after two weeks and a series of negotiations, according to the author, but the last case was further complicated by allegations that the Italians were smuggling drugs on fishing boats, but the Italian authorities believe that Haftar’s plan is clear and that any new charges are against the fishermen, who must now represent Before a Libyan judge, it is another indication of his intention to impose an exchange deal for the four Libyans.

These were the details of the news Financial Times: “American democracy must not die at the hands of... for this day. We hope that we have succeeded by giving you the full details and information. To follow all our news, you can subscribe to the alerts system or to one of our different systems to provide you with all that is new.