A rare phenomenon | “Mars” corresponds to sunlight and appears... 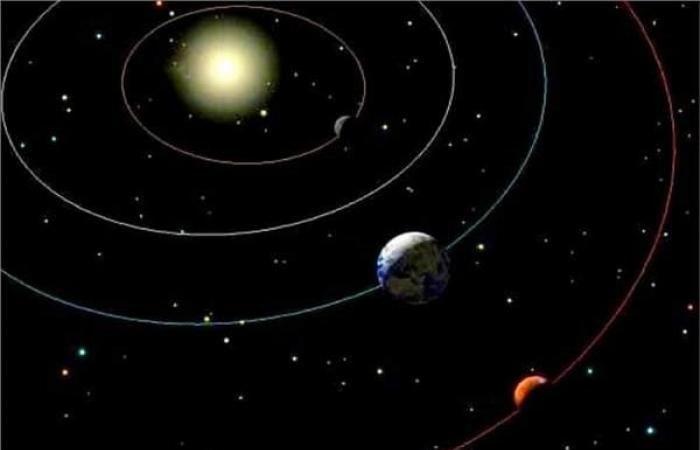 We show you our visitors the most important and latest news in the following article:
A rare phenomenon | «Mars» corresponds to the light of the sun and appears clearly in the sky .. Tuesday, today, Sunday, October 11, 2020 03:49 PM

Observers of the sky in the Arab world are preparing to observe the encounter of Mars, on the evening of Tuesday, October 13, 2020, as the face of the planet will be fully illuminated by the light of the sun and clearly visible and distinctive to the naked eye from after sunset and throughout the night, and the meeting moment will arrive at 01:00 after midnight Cairo time (11:00 pm GMT), an opportunity to catch a glimpse of the planet’s landmarks through telescopes.

According to the Astronomical Society in Jeddah, a phenomenon that corresponds to Mars deserves to be monitored because this planet at this time is in its best condition, and it is the only one whose surface details can be seen from the earth, and Mercury is very small as for the other planets they are covered with clouds, so it is an exceptional event for everyone.

Mars is more bright than Sirius, and it is even brighter than Jupiter at the present time, and the period between October 13 and October 28 is an opportunity to see different features of the surface of Mars as the planet rotates on its axis.

When observing Mars with the naked eye, it will appear as a bright orange point of light, and through large intermediate telescopes, details of the planet’s light and dark disk, and the south polar dome tilted towards Earth, will appear, and since our planet rotates on its axis about 40 minutes faster compared to Mars, it is possible over a few weeks See many surface features.

In general, the appearance of Mars in the night sky changes more than any other planet from year to year, as it was dim throughout 2017, then bright in 2018, then dim again for most of 2019, and now it is brighter than it was a few months ago. It became visibly redder.

The reason that Mars is sometimes very bright, and sometimes very faint is due to its small size, proximity and distance to Earth, as it revolves around the sun behind the Earth’s orbit, and the distances between Earth and Mars change with the rotation of both around the sun, so sometimes the Earth and Mars are on the same side of the system The heliosphere, and thus close to each other, and at other times as it was for most of 2017 and again for most of 2019, Mars has been moving on the other side of the Solar System relative to Earth.

It takes a year for the Earth to rotate the sun once, while it takes about two years for Mars to rotate once, and it happens that Mars falls into contradiction – when the Earth passes between Mars and the sun and this happens every two years and 50 days.

So Mars diminishes the brightness and dims in the sky approximately every two years, and for this reason, 2018 was a very exceptional year for Mars, when the planet was brighter than it has been since 2003, and that event was called the Mars’ perihelion meeting, in other words, in 2018. , Earth passed between Mars and the sun, and at the same time Mars was at its perihelion – its closest point to the sun.

The encounter of Mars this year takes place about a week after it took place at the closest distance to our planet on the sixth of October.

The reason is that the encounter of Mars and its location at the closest distance from Earth does not happen in one day because the two planets revolve around the sun in elliptical orbits and are not completely circular, and therefore the time interval between the encounter of Mars and its lowest distance from the Earth can reach 8 and a half days as it happened 1969, or less than 10 minutes as will happen in (2208 and 2232). Therefore, the meeting and the closest distance does not necessarily take place on the same day.

Read also: Observing the phenomenon of the occultation of Mars

These were the details of the news A rare phenomenon | “Mars” corresponds to sunlight and appears... for this day. We hope that we have succeeded by giving you the full details and information. To follow all our news, you can subscribe to the alerts system or to one of our different systems to provide you with all that is new.