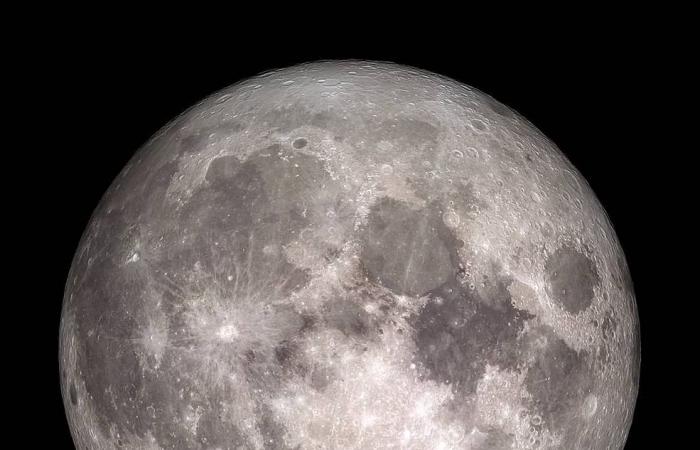 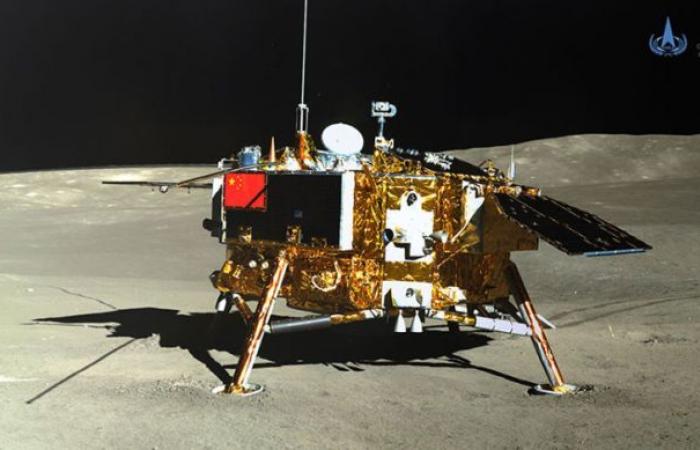 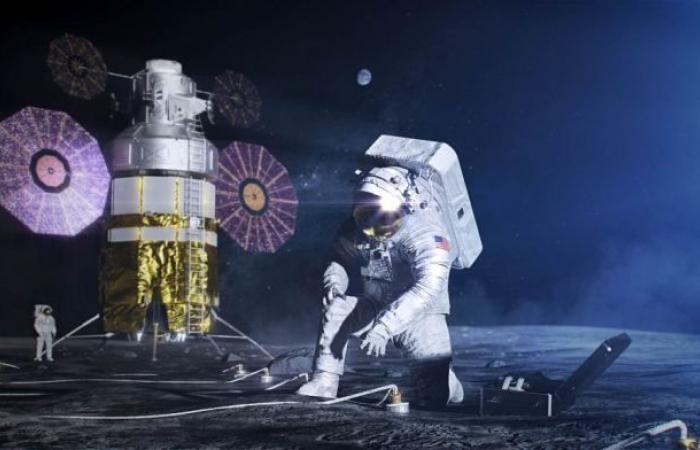 In less than four years, NASA plans to land the first woman and next man on the moon as part of the Artemis project. After this long-awaited return to the moon, the moon gate, the Artemis base camp and a program for “sustainable lunar exploration” are to be set up. Creating a permanent human presence on the moon will also create many opportunities for exciting scientific research.

For example, astronomers want to do radio astronomy on the other side of the moon, where telescopes could examine the earliest period of the universe without terrestrial radio interference. To go a step further, a team of astronomers recently recommended that a radio telescope on the other side of the moon (or in lunar orbit) could help in another important area of ​​research: the search for extraterrestrial intelligence (SETI)!

The proposal was the subject of a white paper presented to the National Academy of Sciences (NAS) Decadal Survey 2023-2032 of Planetary Science and Astrobiology. The team behind it was led by Eric J. Michaud, a math student at UC Berkeley, and consisted of members from the SETI Institute, the Institute of Space Science and Astronomy at the University of Malta, and Breakthrough Initiatives.

As they stated, the potential for lunar radio astronomy has been recognized since the days of the Apollo program. Interest was renewed in the early 2000s when the first steps were taken to return astronauts to the moon (the constellation program). With the development of NASA’s plans over the past decade – “Moon to Mars” and the Artemis program – now is the time for the necessary planning.

Dr. Pete Worden, chairman of the Breakthrough Prize Foundation and former director of NASA’s Ames Research Center, was a co-author of the paper. As he emailed Universe Today, the need to establish a location for such a telescope is urgent:

The benefits of lunar astronomy have been extensively studied. For starters, a radio telescope on or in orbit of the moon would enable highly sensitive radio astronomy experiments. On earth, the radio bands most commonly used for communication are also considered lucrative for SETI research. Unfortunately, due to their common use, they are subject to severe interference.

As such, radio telescopes on earth are located in parts of the world that have minimal “radio pollution”, such as deserts and remote areas. But the other side of the moon is probably the most “radio quiet” place in the solar system. As Michaud explained to Universe Today via email, these benefits include scanning:

“Frequencies dominated by [Radio Frequency Interference] RFI as well as very low frequencies that are blocked by the ionosphere. Going to space solves the ionosphere problem, and going to the moon mitigates the RFI problem. “

As they state in their study, radio noise could be particularly reduced if a crater were selected as the site of a surface observatory. Some selected locations are the Saha, Tsiolkovsky, Malapert, and Daedalus craters, all of which were selected as possible locations through previous proposals on lunar radio astronomy. In such an environment, the crater walls would block interference from orbiters or spacecraft.

Of course, a telescope on the lunar surface also has some disadvantages. For example, the observatory would need a lander mission to bring them to the surface, which is more complex than sending missions into orbit. Michaud and his colleagues use the Israeli space agency here Beresheet and ISRO’s Vikram Mondlander (part of the Chandrayaan-2 Mission) as examples, both of which crashed on the surface.

Another disadvantage is that a lander cannot draw solar energy during the 14-day lunar night, which means that it has to come with a large battery pack. Communication would also be a challenge as the other side of the moon is never in direct line of sight to earth. China Chang’e-4 Mission deals with this by forwarding its communications to the Queqiao Orbiter orbiting the moon at point Earth-Moon L2.

On the other hand, a lunar telescope deployed in orbit of the moon would be cheaper to launch and could also carry a larger antenna – since the weightlessness of the orbit would eliminate the need for a supporting structure. But of course, such a mission has its own drawbacks, such as the fact that RFI might be more of a problem on the other side.

The nature of the moon’s gravitational field also means that most of the lunar orbits are inherently unstable, causing the orbit to decay. Fortunately, Michaud and colleagues state that there are several “frozen orbits” in which an orbiter could remain stable for years. As Michaud explains, there is still a lot of work to be done before a lunar SETI observatory can be realized:

“A major weakness of the paper is that it is quite agnostic about how specifically a telescope should look in orbit or on the lunar surface. I think the next step would be to come up with some specific designs for an orbiter. There are also some calculations that need to be done to find the best orbit for such an instrument. “

In the meantime, Dr. That NASA and the international astronomical community got off to a great start Artemis project and the Artemis Agreement. These not only facilitate the return to the moon, but have also created a framework for partnerships between nations and between the private and public sectors. Dr. Have been stated that this will be critical to building the necessary infrastructure and support:

“This important science. I am convinced that by the middle of this decade we could place these observatories on the other side of the moon with systems like Blue Moon from Blue Origin, in order to place a significant radio telescope on the other side. The cost of such a project would be comparable to large ground-based observatories, which can run in the hundreds of millions of dollars. This means the system could be funded in part by private philanthropists, just like our large new ground-based observatories are today. “

One of the most exciting things about the upcoming return to the moon is the nature of the science and the additional missions it will make possible. Once all the necessary infrastructure is in place – the lunar gate, Artemis base camp, etc. – astronauts can conduct missions on the surface more frequently and for longer periods of time.

In the long term, facilities could be built that enable lunar astronomy, lunar science and lunar tourism. The lessons of these efforts could even open the door to permanent lunar settlement (we hope so). Since this will all begin in just a few years, now is the time to start planning!

These were the details of the news The moon is the perfect place for SETI for this day. We hope that we have succeeded by giving you the full details and information. To follow all our news, you can subscribe to the alerts system or to one of our different systems to provide you with all that is new.