“Exciting” statements by a leader in the Revolutionary Guards … “a... 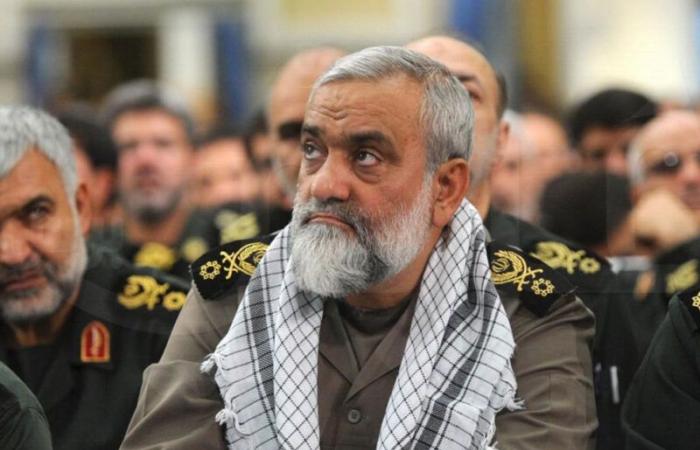 The Iranian military official, Mohammad Reza Naqdi, claimed, during an interview on state television, that there is what he described as cooperation by a “global secret army” with his country, which will not need military allies in case of war, he said.

“A large and unknown army is cooperating around the world with the forces of the Republic of Iran,” said Naqdi, the assistant coordinator of the Iranian Revolutionary Guard Corps.

Naqdi indicated that foreigners from different countries fought for the interests of Iran, implicitly admitting to attracting young men from Afghanistan, Iraq and other countries, including European countries, to participate in fighting outside the borders and join the Quds Force, the foreign arm of the Revolutionary Guard for the purpose of espionage and terrorism.

The general explained in the Revolutionary Guards militia, saying that “the presence and number of these young men was small, but their diversity was great,” claiming at the same time that these foreign youth were fighting for the banner of Islam, which is our flag (Iran), as he said.

Naqdi called on the local media in Iran to broadcast advertisements to promote the militia group of foreign elements loyal to Tehran, such as Heydariyoun, Fatemiyoun and Zinbyoun in Syria.

And he added that Iran now has loyalists everywhere who are ready to sacrifice their lives for it, as he put it.

And the Iranian general considered that, in the event of the outbreak of war, Tehran would not face a shortage of military allies, because it had a force formed by it and people who supported it around the world.

The Assistant Coordination Officer in the Revolutionary Guards Militia described what he said were forces spread around the world as being much more dangerous than the Allied army of a country, adding that those forces are like a man inside a seaport, airport, or water strait.

He added, “These individuals are more dangerous to the enemy because no one knows them, and they are people who are scattered everywhere and cannot be identified … it is a very large army,” according to “Al-Ain Al-Akhbariya”.

These were the details of the news “Exciting” statements by a leader in the Revolutionary Guards … “a... for this day. We hope that we have succeeded by giving you the full details and information. To follow all our news, you can subscribe to the alerts system or to one of our different systems to provide you with all that is new.