7 dead in the Armenian bombing of the city of Gandja... 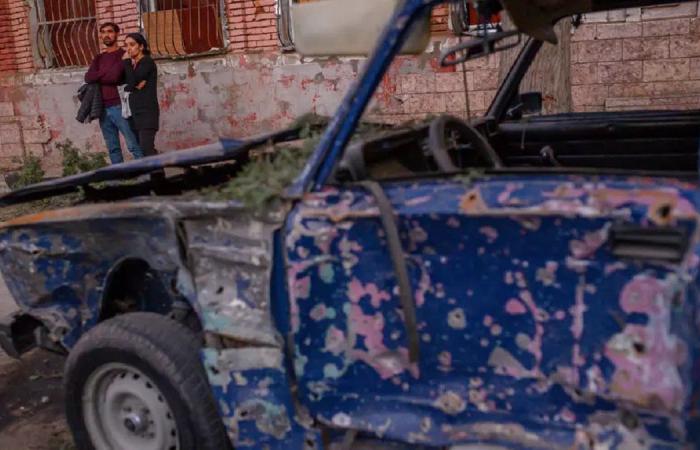 Seven people were killed in the bombing of the Azerbaijani city of Gandja, according to the Ministry of Foreign Affairs Azerbaijan The Armenian forces are accused of launching the attack despite the humanitarian truce that is supposed to be in effect in the conflict around Nagorno Karabakh.

The ministry wrote on its Twitter account, “A new missile attack by Armenian forces on a residential area in Gandja, the second largest city in Azerbaijan, left seven dead and 33 wounded.” The tweet attached pictures of the destruction in the city.

The Ministry of Defense in the separatist Nagorno Karabakh region denied the bombing of Gandja, saying it was “an absolute lie”, asserting that it “respects the humanitarian ceasefire agreement,” and accused the Azerbaijani party of hitting “Stepanakert, Hadrut, Martinique and other populated areas.”

Sunday night’s strikes targeted Stepanakert, the capital of the Nagorno Karabakh region, according to the agency, “Agence France-Presse” at the place where three to four rounds of bombing were recorded, followed by dozens of explosions.

A humanitarian truce came into effect on Saturday noon at 0800 GMT, which was supposed to allow the exchange of bodies of soldiers and prisoners, but the two camps exchanged accusations of not respecting it.

These were the details of the news 7 dead in the Armenian bombing of the city of Gandja... for this day. We hope that we have succeeded by giving you the full details and information. To follow all our news, you can subscribe to the alerts system or to one of our different systems to provide you with all that is new.