Equating to Schumacher’s record, Hamilton is the Eiffel winner 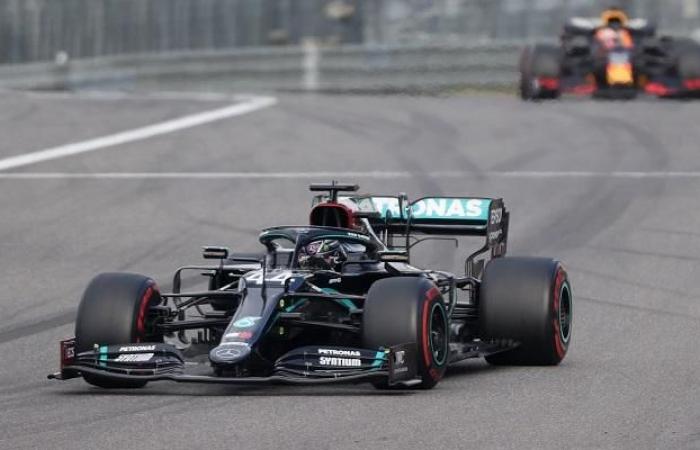 Hamilton, with this victory, equaled Michael Schumacher’s record with 91 victories in Formula 1 races, to become only one race away, to be the only leader on that list.

The Eiffel Grand Prix is ​​the eleventh stage in the current version of the Formula 1 World Championship, knowing that it was held today at the German “Nürburgring” circuit.

With this win, which is his seventh this season, overall leader Hamilton strengthened his position at the top of the drivers list, 69 points ahead of his Mercedes colleague Valtteri Bottas, who was forced to withdraw from Sunday’s race for technical reasons.

Red Bull’s Max Verstappen was second in the race with an extra point for scoring the fastest lap.

Australian Danielle Ricciardo, the Renault driver, came third, to climb to the podium for the first time since 2018, when he was driving for Red Bull.

These were the details of the news Equating to Schumacher’s record, Hamilton is the Eiffel winner for this day. We hope that we have succeeded by giving you the full details and information. To follow all our news, you can subscribe to the alerts system or to one of our different systems to provide you with all that is new.