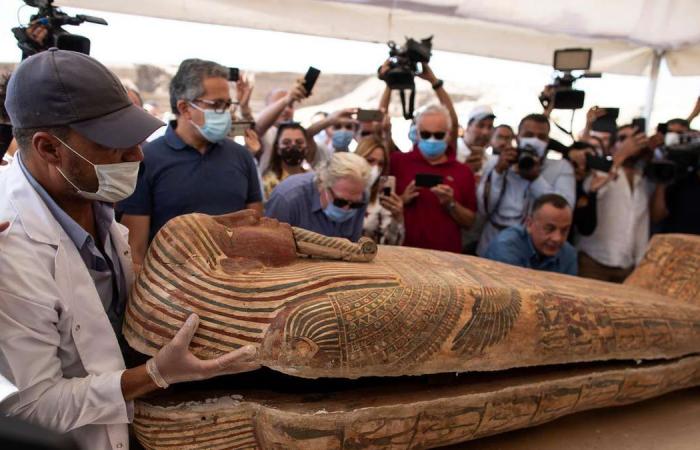 Thank you for your reading and interest in the news Curse of the pharaohs in the time of Covid: should Egypt be unearthing mummies? and now with details

Hind Al Soulia - Riyadh - The workers in white coats carefully inserted small wooden wedges in the line separating the top from the rest of the ancient Egyptian sarcophagus. They then slowly lifted it, revealing a perfectly preserved mummy. The dignitaries in attendance gasped in excitement. Camera shutters went to work frantically.

Last week, Egypt shared its latest archaeological discovery with the world, throwing a carefully choreographed ceremony just south of Cairo where 59 sealed sarcophagi dating back 2,500 years were unearthed near the famed step pyramid of Saqqara. Media coverage of the event mesmerised, with the video clip taken of the moment the colourful sarcophagus’ top was lifted going viral on social media.

To millions across the world, it was a rare feel-good moment that offered a welcome reprieve from an exceptionally grim year. To those who believe in supernatural powers and those who take Hollywood movie plots seriously, digging out pharaonic coffins is an ominous act that could add insult to injury in a 2020 that has seen the world ravaged by the Covid-19 pandemic, wars and disasters.

To the latter group, the words of the top Egyptologist who led the excavations must have been chilling.

“We are not going to stop digging,” Mustafa Al Waziri, Egypt’s top archaeologist, said at the ceremony in Saqqara on October 3. “We are going to continue and very soon we will find something very special.”

“Great! That’s all 2020 needs? They feed the Scorpion King,” said one the hundreds of tweets bemoaning the unearthing and subsequent opening of the Saqqara coffins. The Scorpion King reference alludes to the 1999 action-horror blockbuster The Mummy, which is a remake of the 1932 film of the same title.

“Cannot wait to get rock bottomed do death while Covid shuts down my lungs,” continued the tweet. Another tweet echoed a similar sentiment. “…We’re all cursed now. Good job, humanity. Way to make 2020 somehow even worse.”

Betraying despair of things improving in the remainder of 2020, another tweet asked: “I mean, why not throw an ancient Egyptian curse into the mix at this point?”

Although a science, Egyptology has for long been stalked by a body of mythological or supernatural tales that are chiefly cantered around the curse of pharaohs or the claims of an extra-terrestrial civilization involved in the building of the Giza Pyramids. Some of these outlandish theories and tales found their way into books and even provided the foundation of peculiar cults.

A string of events that followed the discovery in 1923 of the tomb of the boy-king Tutankhamun, perhaps the best known pharaonic find of all times – has given the biggest credence to the mythical curse of the pharaohs. 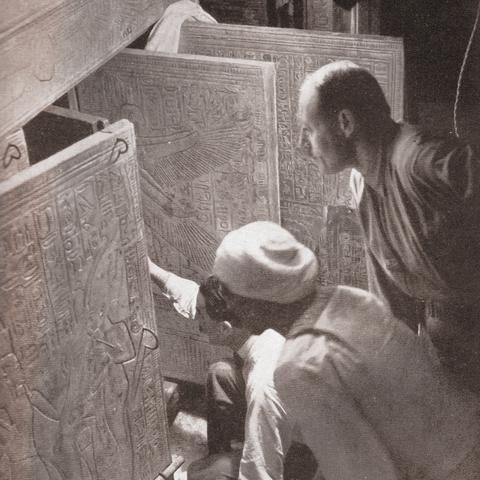 The tomb’s discoverer, English archaeologist Howard Carter, died 20 years after he first opened it in the southern Egyptian city of Luxor, but the man who financially backed the dig, George Herbert, the fifth earl of Carnarvon, died a little more than four months later from an infection caused by a mosquito bite. Three other men associated with the tomb – George Jay Gould, who visited it in 1923, A.C. Mace, a member of Howard’s team, and Capt Richard Bethell, Carter’s secretary – all died in unusual circumstances between 1923 and 1929.

The Ancient Egyptians themselves have fed the myth of the curse.

Hieroglyphic writings on the walls of many tombs warn that death will haunt anyone who disturbs the sleep of the pharaohs. Other writings warn of curses that would pursue those who meddle with the tombs.

“Most foreign tourists talk about the curse of the pharaohs,” said Ahmed Mostafa, an Egyptian tour guide with more than 30 years of experience in the field. “Some talk about it in jest, others do so while actually believing in the curse.”

According to pharaonic beliefs, the idea behind mummification is to preserve the body of the dead so that his or her soul returns to it in the “afterlife.” The journey to the afterlife is made in a boat and the dead often fends off attacks by snakes or crocodiles while in transit, with the Gods protecting them.

“Tourists have, over the years, spoken to and asked me questions about the curse of the pharaohs, but no one ever raised the question of whether we should or not dig out pharaonic artefacts,” said another veteran tour guide who did not want to be named.

Curse of the pharaohs aside, the discovery in Saqqara was the latest in a series of a “shock-and-awe” finds announced by Egypt over the past few years that appeared, at least in part, carefully timed to create and sustain interest in Egypt’s antique treasures with an eye to attracting more visitors. 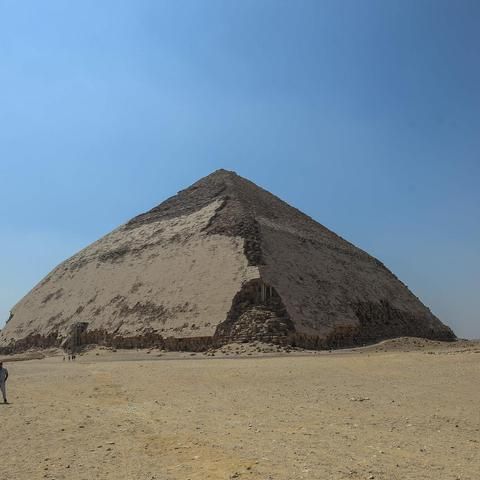 Egypt’s tourism sector was battered in the years of turmoil that followed the 2011 uprising that toppled Hosni Mubarak, significantly contributing to the country’s economic woes. Egypt’s breakout year was 2019, when more than 13 million visitors – an all-time high. Everyone, from top government officials to the 1 million Egyptians who work in tourism, thought the tough days were finally behind them. But they were, sadly, badly mistaken.

The coronavirus pandemic kicked in around February and the country, like almost everywhere else in the world, was forced into lockdown. Airports shut, tourist sites closed and hotels shuttered as part of far-reaching measures to stop the disease from spreading further.

The country reopened at the end of June, but only a fraction of the number of tourists in 2019 have so far trickled in and, with a second wave of the pandemic hitting Europe, the numbers may not grow in the foreseeable future.

“How many times have they said stop opening ancient Egyptian coffins?” asked one Twitter user who goes by the alias Jalabi.

These were the details of the news Curse of the pharaohs in the time of Covid: should Egypt be unearthing mummies? for this day. We hope that we have succeeded by giving you the full details and information. To follow all our news, you can subscribe to the alerts system or to one of our different systems to provide you with all that is new.