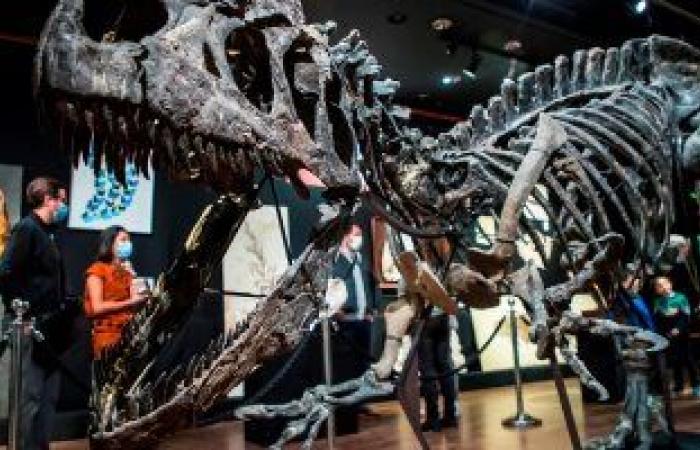 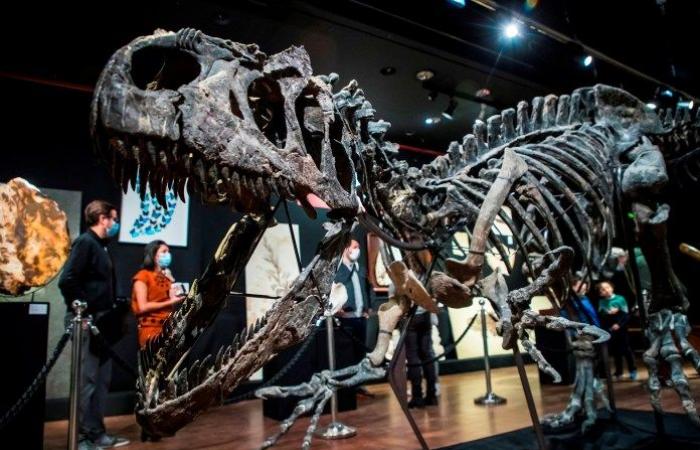 A skeleton belonging to an allosaurus dinosaur will be offered for sale next Tuesday in the Drew Gallery in the French capital, Paris, and the history of the 10-meter-long and 3.5-meter-high skeleton dates back to about 145 million years and its price can exceed one million euros.

The structure is related to a female named “Sarah the Great” because of her large dimensions, and was found between the end of 2016 and the beginning of 2017 inside a person-owned property in Wyoming, USA.

“It is one of the largest structures registered so far in the world,” said Alexandre Giquello, the sales official, in statements to (EFE), on Saturday after the structure was shown to the public for the first time.

Allosaurus was a large carnivorous dinosaur that lived mainly in North America during the late Jurassic period.

For his part, expert Iacobo Briano, a member of the French Federation of Professional Experts in Art and Collectibles, said, “It is not the oldest dinosaur, because the first dinosaurs date back to the Triassic period, but in the Jurassic period, which are the most classic forms of dinosaurs, which we know very well, the allosaur was the king.” It is a relentless predator. ”

These animals can reach speeds of 55 kilometers per hour, a speed that has allowed them to easily reach small prey.

The specimen presented in Paris is in the attack position with an open jaw, and has several fractured ribs.

70% of the skeleton is original and the remainder complete with an additional element as it was not in a very good condition of preservation, but Drew’s Hall emphasizes the exceptional nature of this piece.

These were the details of the news A “allosaur” dinosaur skeleton was displayed for sale in auction in... for this day. We hope that we have succeeded by giving you the full details and information. To follow all our news, you can subscribe to the alerts system or to one of our different systems to provide you with all that is new.