Ziyech leaves Morocco camp in preparation for his first appearance in... 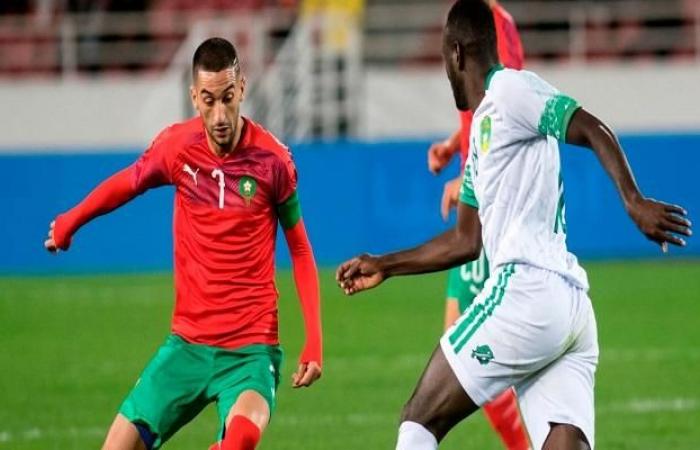 The Moroccan Football Federation announced the departure of the star Hakim Ziyech from the national team camp and his return to his club Chelsea English.

According to a brief statement by the Moroccan Federation, based on a prior agreement between the latter and Chelsea, Ziyech will return to join his team to continue his treatment program.

Ziyech was injured before the start of the current season of the English Premier League, but he began to recover, and on this basis he joined the current Moroccan national team camp.

Ziyech participated as a substitute during the friendly match that brought together Morocco on Friday evening against Senegal, which was decided by the “Atlas Lions” 3-1.

In turn, the British “Football London” website stated that Ziyash is currently on his way to the British capital “London” to join the training of his Chelsea team.

Ziash is expected to participate for the first time in official matches with Chelsea during the Southampton match on October 17 in the fifth round of the English Premier League.

It is noteworthy that Ziyech moved to Chelsea during the last summer transfer period from Ajax Amsterdam for 40 million euros.

These were the details of the news Ziyech leaves Morocco camp in preparation for his first appearance in... for this day. We hope that we have succeeded by giving you the full details and information. To follow all our news, you can subscribe to the alerts system or to one of our different systems to provide you with all that is new.