Doubts about the suicide of the director of the Korean company... 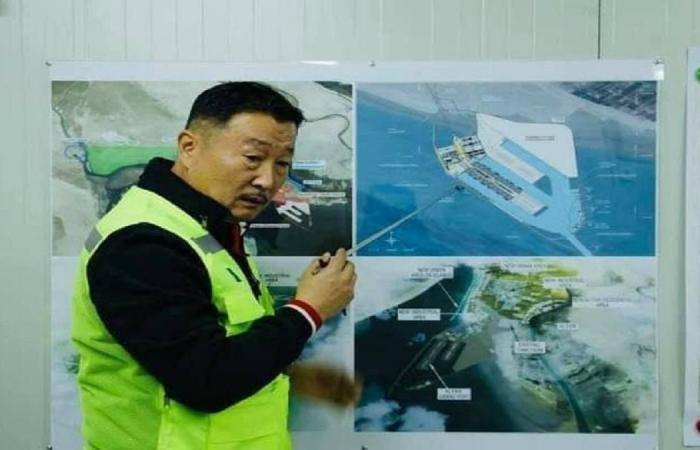 A number of political forces have questioned the suicide of the director of the Korean company executing the Faw port, while internal and external parties are likely to stand behind the operation to thwart the construction of the port.

And local and security sources reported in the southern province of Basra IraqOn Friday, the director of the Korean company committed suicide by hanging himself in the large port of Faw in Basra Governorate.

The South Korean embassy in Baghdad said, in a statement, “The Korean embassy learned at nine oclock in the morning (October 9) of the death of the director of the Daewoo Construction Company, which implemented the Faw Port project,” and added that it was informed that the Iraqi Ministry of Interior had formed a committee to investigate this incident. We are waiting for the results to emerge after completing the investigations. ”

And the South Korean embassy in Baghdad stressed, “Therefore, it requests all media outlets to avoid spreading rumors and false news, and the embassy also hopes not to circulate and publish pictures of the victim’s body out of respect for him and his family.”

An official in the Iraqi Ministry of Interior told “Irm News”, “Investigations are continuing to find out the truth about the suicide of the Korean company’s director in the large port of Faw. There are suspicions that the operation is criminal, and work is underway to review all surveillance cameras with fingerprinting and other forensic evidence.”

He revealed that “a specialized security team from South Korea will arrive today in the capital, Baghdad, in order to participate in the investigation process and so that the Korean side informs of all the details of the incident, whether it is a suicide or a criminal operation, by an active act.”

To that, a member of the Security and Defense Committee in the Iraqi Parliament, Karim Aliwi, told “Erm News”, “There are doubts and ambiguities in the suicide of the director of the Korean company in the large port of Faw, especially at this time, with the near final signing of the contract with the company to build and establish the port. “.

Aliwi expressed his belief that “there are internal and external parties standing behind this process, with the aim of thwarting the establishment of the large Faw port, as it will cause economic damage to it or limit smuggling operations and control the Iraqi economy.”

On the other hand, the leader of the Sadrist movement, Hakim Al-Zamili, said in a press statement that “the suicide of the director of the Korean company executing the large port of Faw raises suspicions. “A qualitative leap is happening in the Iraqi economy, and it will contribute to changing the status of Iraq, and it will certainly affect other countries.”

And Al-Zamili stated that “what raises surprising and puts question marks is that the suicide occurred two days after the announcement of the completion of negotiations with the Korean company regarding the contract and completion of this giant project.”

The leader in the Sadrist movement called for “the security and intelligence agencies to follow up the suicide incident seriously through surveillance cameras and scrutinize the entrants and exits on the company director, as well as make sure through the forensic report.”

He stressed that “the investigation must” be under the supervision of an Iraqi medical authority headed by the Director General of Iraqi Forensic Medicine, and the investigation with the British security company that handles security at the work site, verifying those entering and leaving the workplace and the sports room that the company’s director entered before nine oclock in the evening until The discovery of his death by the Pakistani service worker at seven in the morning ”.

These were the details of the news Doubts about the suicide of the director of the Korean company... for this day. We hope that we have succeeded by giving you the full details and information. To follow all our news, you can subscribe to the alerts system or to one of our different systems to provide you with all that is new.