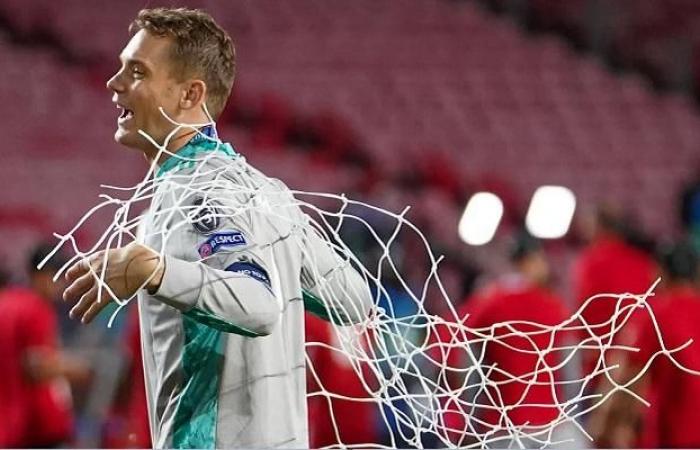 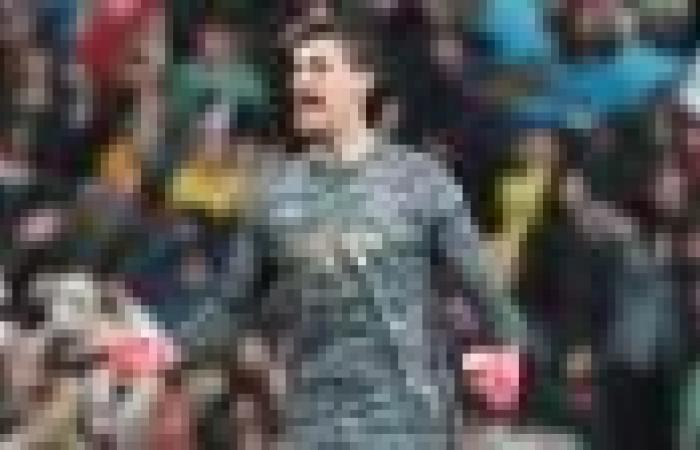 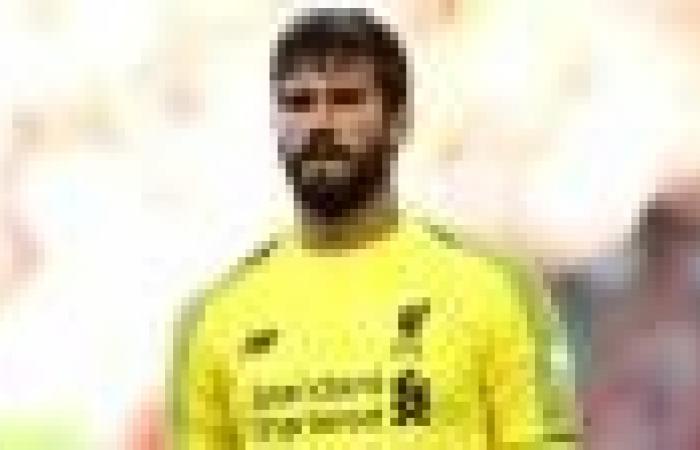 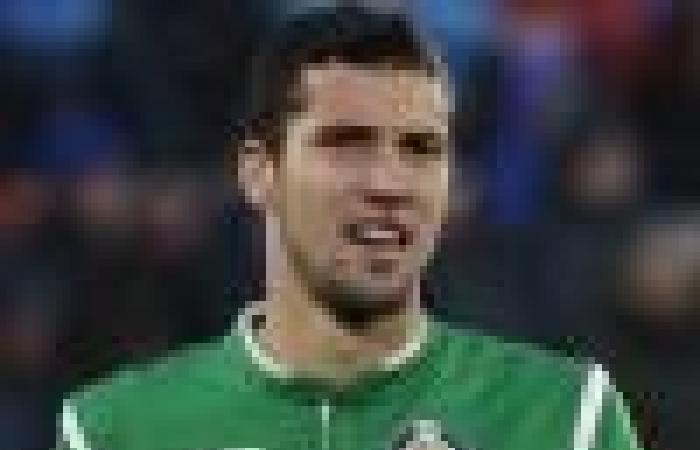 Manuel Neuer, the captain of Bayern Munich and the German national team, has made a comeback, placing himself at the top of the list of the best goalkeepers in the world, after leading the Bavarian giants to all available titles this year.

Neuer had critical roles in Bayern’s victory over Barcelona in the Champions League quarter-finals with a score of 8-2, then 3-0 over Olympique Lyonnais in the golden box, and finally 1-0 over Paris Saint-Germain in the final match.

In a report by the website “Squaka”, which specializes in numbers and statistics, Neuer came on top of the list of the 10 best goalkeepers in the world at the moment, outperforming all his competitors.

Why is Neuer the best?

Neuer’s success in coming out with a clean sheet against Paris made him the first goalkeeper to keep his goal in the World Cup Final and the Champions League final.

Neuer in 2014 led Germany to the World Cup by beating Argentina 1-0 in the final after the match ended without conceding goals, before winning with the same score against PSG.

Neuer’s role does not stop there, as he managed to lead the team to 6 clean sheets over the course of the competition last season.

Neuer’s rescue of two goals by Neymar da Silva and Kylian Mbappe halted a series of 34 consecutive matches during which the French scored in the continental championship.

It came to the point that Joachim Loew, the German coach, demanded that the award for the best player in Europe, which was crowned by Bayern striker Robert Lewandowski, to Neuer, given that his role was more difficult than that of his colleague, he said.

Neuer Adel, his compatriot, Budo Ilgner, Germany’s goalkeeper in the 1990 World Cup, winning twice in the Champions League and once in the World Cup.

The Bavarian player also became the third leading goalkeeper to lift the Champions League title after Peter Schmeichel with Manchester United in 1999 and Iker Casillas with Real Madrid in 2014.

The same source put the Slovenian goalkeeper Jan Oblak of Atletico Madrid second behind Neuer, given his outstanding levels also with “Rojiblancos”.

Oblak succeeded in leading Atletico to the Champions League quarter-finals, and despite the early exit, the main reason was the exclusion of defending champions Liverpool from the final price in a 3-2 match, bringing with you the tremendous opportunities that confronted them.

Since the start of last season, Obla has played 19 clean sheets and 100 crucial saves in various tournaments.

In third place came the best goalkeeper in the Spanish League for this year, which is Belgian Thibaut Courtois, Real Madrid’s goalkeeper.

Korotua, in the past and current seasons, came out 21 times with clean sheets, and did not concede more than 22 goals during that period.

Last season was a time for reconciliation between Courtois and the Merengue fans, after his first negative season 2018-2019 after joining from Chelsea.

Brazilian Alison Baker came fourth in the squawka list, for his great role in leading Liverpool to the Premier League title last season.

Baker’s role appears more when he is absent, when the team bowed out the Champions League with a 3-2 loss to Atletico Madrid, as well as a resounding 7-2 loss from Aston Villa last week.

Baker came out on 35 occasions with clean sheets out of 70 Premier League matches, and in the meetings he has participated in; Liverpool have won 56 times and lost only 4.

Spain’s goalkeeper David Soria came in fifth place on the list, to record a strong presence among the adults.

Syria has managed to keep 18 clean sheets since the start of last season, which is a special record for a team like Getafe.

David Soria also managed to make 34 defensive coverings last season as a record Noir himself did not achieve.

These were the details of the news By the numbers Neuer reclaims the lead in the world’s best... for this day. We hope that we have succeeded by giving you the full details and information. To follow all our news, you can subscribe to the alerts system or to one of our different systems to provide you with all that is new.