The demarcation of the border between Lebanon and the occupation …... 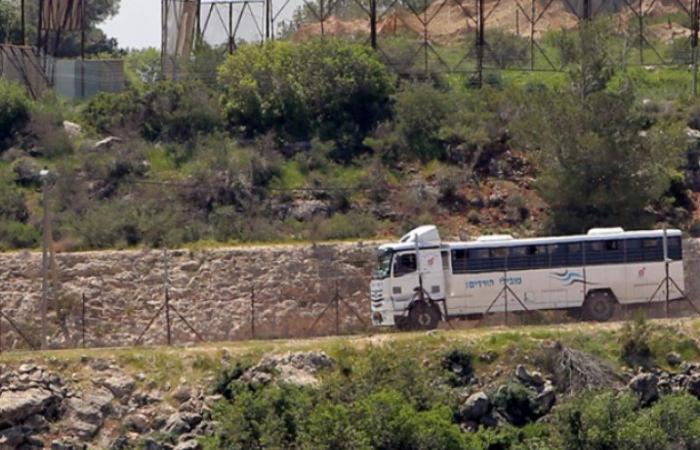 According to the Lebanese newspaper Al-Akhbar, Lebanon is gradually being pulled towards a dangerous path, amid the American-Israeli insistence that indirect negotiations with the enemy over the demarcation of the maritime borders are the fall of the last dividing curtain, so Beirut becomes as if it has joined the knee of the typists, by accepting talks of a political nature.

Evidence for this unfolds, one by one. Tel Aviv threw its hook yesterday evening, by announcing the delegation that will represent it at the negotiating table in Naqoura, to show that it has raised the level of representation from military-technical to political heavyweight, as the delegation will include the political advisor to the prime minister of the occupation, Reuven Azar, and the president The political system in the Israeli Ministry of Foreign Affairs, Alon Bar.

And Azar is not only an advisor, but he heads the foreign policy division of the Tel Aviv government, which coordinates strategic political planning in the National Security Council for the benefit of the Israeli “political authority”. How will official Lebanon deal with this matter? Is it on the way to “take knowledge” with it and adapt to it? Or will it stand lying in wait against the insistence of the Israeli enemy to drag Lebanon’s foot into a trap?

The matter is in the custody of the Lebanese President, Michel Aoun. This is what Parliament Speaker Nabih Berri said on the day he announced the framework agreement from Ain al-Tineh, confirming the end of his role, and the transfer of responsibility to the first presidency and the army command. This was proven by Aoun by pointing out that he will receive the negotiations in accordance with what is stipulated in the constitution.

Baabda’s sources indicated that the issue of the delegation is “under discussion”, and that Aoun “has started consultations in this field and will speak to the army leadership.”

The same sources confirmed that “there is no decision regarding the Israeli delegation. We have not been informed of anything official by the United Nations, nor have they been informed of us also because the Lebanese delegation has not yet been completed.” While army sources confirmed that “the decision is exclusively in the hands of the President of the Republic”, they indicated that “the leadership is making routine preparations in terms of collecting information on the enemy’s delegation, preparing maps and everything surrounding the file.”

In this context, information was discussed about amendments that Lebanon would make to the delegation that would represent it, in response to the Israeli provocation. Note that President Aoun had decided the names of the members of the delegation, namely: Brigadier General Pilot Bassam Yassin (Deputy Chief of Staff of the Army for Operations), in addition to: Colonel Mazen Basbous, an expert in border negotiations, Najib Masih, and the head of the Petroleum Sector Management Authority, Wissam Shabat. And a number of experts. What is strange, however, is the tendency of some parties to expand the delegation to include a diplomatic figure representing the Ministry of Foreign Affairs, even though the Lebanese agreement provided for technical negotiations.

Another logistical matter that Lebanon must stand with is the two delegations sitting in one room. It is true that they will not directly exchange talks, but Lebanon must consolidate the idea of ​​indirect negotiations, and stick to the formula of the April 1996 Committee, which these negotiations are an extension of, to cut off the road to the American “mediator” and the Israeli enemy, and to prevent them from exploiting technical negotiations and turning them into a political victory. For them.

These were the details of the news The demarcation of the border between Lebanon and the occupation …... for this day. We hope that we have succeeded by giving you the full details and information. To follow all our news, you can subscribe to the alerts system or to one of our different systems to provide you with all that is new.