Suarez: Messi will stay in Barcelona “with one condition” 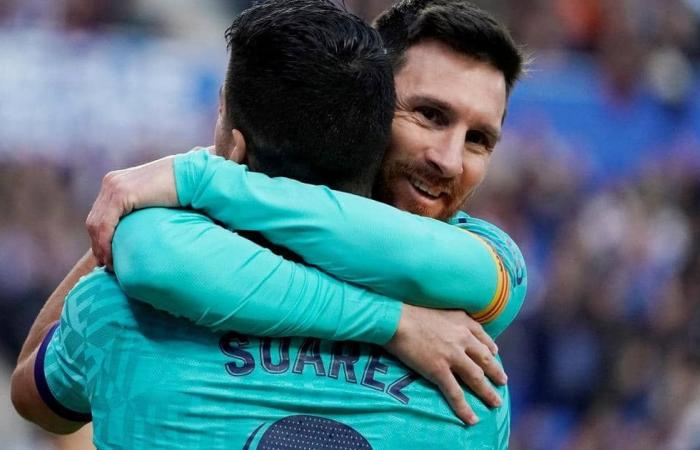 The newly transferred Uruguayan striker is believed to Atletico Madrid Spaniard, that Messi He may complete his career at Camp Nou if the current Barcelona administration, led by club president Josep Maria Bartomeu, dies.

Messi was about to leave Barcelona last summer, taking advantage of a loophole in his contract that allows him to leave for free at the end of the season, but the club management informed him that the clause is no longer activated, and that any club that wants to include it must pay 700 million euros, the value of the penalty clause in his contract.

Ultimately, Messi decided to stay for one season with the Catalan team, amid odds that he would most likely leave next summer with the expiration of his contract.

Messi poured out his anger on Bartomeu, saying that he did not fulfill his promises and did not have a long-term project for the club, and also failed to build a strong team around him.

وقال Suarez In an interview with ESPN Sports, he talks with Messi, 33, about his future.

And he continued: “Out of respect for the friendship that binds me with Leo, I will not reveal what he said about this period (last summer), but he lived a difficult and complicated situation in Barcelona.”

Suarez added, “He wanted to leave and the club did not want that. I tried to support him and take care of him. The administration wanted to keep me away from Messi, maybe it bothered them that I had a good relationship with him.”

Suarez said that he would respect everything Messi decided after this season, but he believed that if there was a change in the club’s head, the “flea” would be more inclined to stay in the “Camp Nou”.

And he added: “There may be a possibility that Messi will play with another club, but if he feels comfortable and happy again and another board of directors arrives, he will want to continue with the club.”

The next elections will take place at Barcelona club on 20 and 21 March of next year, more than two months before the end of the season, which may give Messi an opportunity to think about the matter again if Bartomeu leaves.

These were the details of the news Suarez: Messi will stay in Barcelona “with one condition” for this day. We hope that we have succeeded by giving you the full details and information. To follow all our news, you can subscribe to the alerts system or to one of our different systems to provide you with all that is new.