Humiliation, harassment, and arrests … until the “return of coordination”! 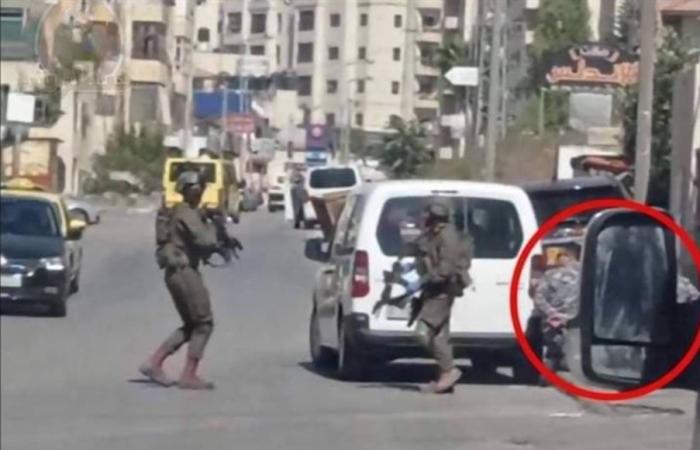 Ramallah | Since the Palestinian Authority announced its cessation of security and civil coordination with the Israeli enemy, the latter has not missed an opportunity to crack down on the security forces of Ramallah, specifically in the areas classified “B” and “C” according to the “Oslo Agreement”. Even in missions that are considered “criminal” and have nothing to do with the pursuit of the resistance (knowing that this persecution continues as a prerequisite for the survival of the Authority), the Israeli army hunts down Palestinian security patrols, impedes the work of its members, and brings it to the point of arrest, detention and insult. According to a Palestinian security source who spoke to Al-Akhbar, the enemy has stopped all communications with Ramallah after the latter announced the “cease of coordination”, and since that time, the authority’s apparatus has been operating outside “A” areas in civilian clothes and in vehicles that do not carry government plates (red). Regarding monitoring compliance with the closure of Palestinians due to the “Corona” pandemic, the patrols no longer reach villages and towns outside “A” areas, but rather rely on their personnel from those villages or neighboring areas, according to the same source.Nevertheless, some officials in the PA security attempted to move in missions without coordinating with the enemy, which resulted in the pursuit of security personnel and their detention for a period before their release. For example, in the town of Ni’lin, west of Ramallah, in the middle of the occupied West Bank, a force of 12 soldiers went out on the third of this month to arrest a criminal suspect, and on her return to its headquarters in Ramallah, she was surprised by Israeli forces who intercepted her and arrested all her members, as well as seized her vehicles. But the most dangerous event took place on the seventh of this month, in the heart of Area A, where an Israeli force, among the “special forces” that the Palestinians call “the Arabists”, moved in a commercial civilian vehicle towards the Umm Sharayet neighborhood in Al-Bireh, for the sake of Carrying out urgent arrest, as is customary in such cases, and then withdrawing immediately. However, the soldier, who was the driver of the vehicle in civilian clothing, was surprised by a stop sign and a checkpoint from a patrol of the Authority’s “customs police” specialized in pursuing smugglers, unlicensed products and goods from settlements smuggled into Area A. The Israeli “Special Force” vehicle aroused suspicions from the Palestinian patrol as being commercial and resembling vehicles carrying goods. And when it wanted to search it, six Israeli soldiers quickly got out from the back door of the vehicle and raised their weapons, and hurried to restrict the elements of the authority on the side of the street and confiscate their weapons. Then additional forces from the enemy army arrived at the place, before the “Arabists” left.

In addition to the security restrictions, the enemy puts pressure on the authority in the personal status file

The incident sparked a wave of anger on social media, while no Palestinian official commented on it except the governor of Ramallah and Al-Bireh, Laila Ghanem, who visited the customs headquarters and praised the security efforts, saying that “the occupation will not deter Palestinian security from its duty, and that the success of the elements The officer, in exposing the Arabized Special Force in a timely manner, thwarted its mission, which targeted the Palestinian people, ”noting that on the same day in the afternoon, the enemy soldiers intercepted a vehicle of the« National Security »in the town of Tuqu ‘, south of Bethlehem (south). These facts prove that despite the cessation (theoretical or practical) of direct contacts between the so-called “military engagement” of both parties, the security of the authority still avoids entering into any clashes with the enemy, and the evidence for this is that no night friction has yet been recorded between The two sides during the implementation of the occupation campaigns and its storming of cities and villages; At night, he enters all regions, even classified “A”. He apprehends whoever he wants and then withdraws. In the morning, the security of the authority is spread in the city centers.
On the other hand, it took a long time to reveal the identities of Palestinians who were martyred after the “cessation of coordination”, compared to what happened before. The martyr Samir Hamidi (from the village of Beit Lid, Tulkarm district), for example, informed the Red Cross of his family the day after his martyrdom of what happened to him, while the enemy refused to reveal his identity to the Authority’s “civil association” as it used to happen in such cases. Thus, Tel Aviv acts on the fact that there is no coordination between it and Ramallah, even though the performance of the security of the Authority remains the same, and without fundamental change in it. Indeed, even in the days of “effective coordination”, the problem with regard to Ramallah was not in the Israeli incursions in and of themselves, but rather in their implementation without prior coordination or from unreported entrances and places, and this is specific to the “A” areas, which are supposed to control. And the powers therein are full for the security of the authority, according to what an officer in the security services indicated.
The Israeli pressure on Ramallah is not limited to the security side only. Rather, the enemy is taking advantage of the “cessation of civil coordination” to put pressure on the authority and the people at the same time, as it refuses to recognize any Palestinian document issued after the announcement of the “cessation of coordination”. Seven cases have been recorded in which it was prevented Palestinian families from traveling through the “Al Karama crossing” because their children’s birth certificates were recently issued and their updated information did not reach the enemy who does not recognize these personal documents without being registered with him. According to official statistics, there are more than 25,000 children born after the “cessation of coordination” last May, and 24,000 others issued new identity cards, while 23,000 received new passports. All these documents are not recognized by the enemy, because the Authority has stopped transferring the birth registry and updating demographic data to Israel, which is obligated by “Oslo”.

These were the details of the news Humiliation, harassment, and arrests … until the “return of coordination”! for this day. We hope that we have succeeded by giving you the full details and information. To follow all our news, you can subscribe to the alerts system or to one of our different systems to provide you with all that is new.