An American writer likens the conditions of Turkey and Erdogan to... 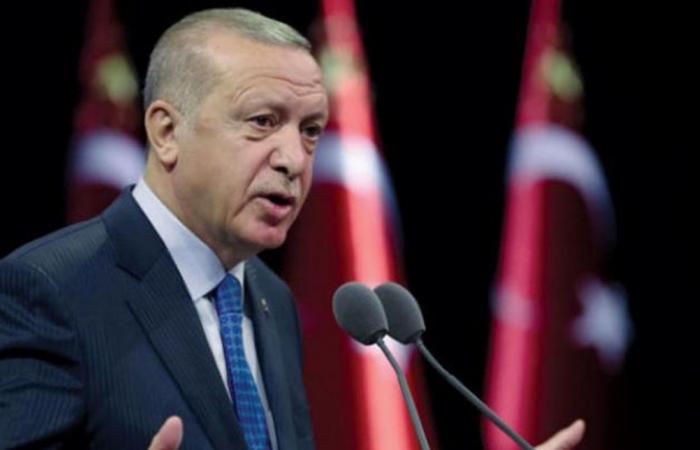 Turkish military expansion amid tense regional relations and a deteriorating economy, prompted the American writer Michael Rubin to compare Turkish President Recep Tayyip Erdogan to former Iraqi President Saddam Hussein.In his article published on the National Interest website, Rubin said, “Turkey has become like Iraq in the early 1990s. Erdogan has become like Saddam Hussein, seeing his economy collapsing, and realizing at the same time that he will not be able to deflect the blame from his mismanagement and his choices,” This means that the problems are getting bigger. “

Turkey has been involved in many regional conflicts, the most recent of which was the ongoing war between Azerbaijan and Armenia in the disputed Karabakh region, and before that it escalated in front of Greece in the eastern Mediterranean with provocative policies, in addition to its military presence in Libya and Syria, and its sending of Syrian mercenaries to battles similar to the Revolutionary Guard Iranian.The article added that in addition to Ankara’s military positions, it has become more aggressive towards dissidents abroad. Earlier this year, a Turkish intelligence agent entered an Austrian police station and reported that the Turkish intelligence service had ordered him to assassinate a former member of the Austrian parliament of Kurdish origin.

In addition to this, unknown elements in the Swedish capital, Stockholm, attacked one of the most famous Turkish opposition journalists, Abdullah Bozkurt. And this was at a time when Turkish parties incited the assault on dissidents abroad, according to the “National Interest” article.Rubin continued in his article, “Wars are rarely the result of the desire for battles alone, but rather because of overconfidence. Turkey has largely become like Iraq in the early 1990s.”

Rubin pointed out that Erdogan and Saddam Hussein are similar in that the two see their country’s economy collapsing, and they also realize that they will not be able to deflect the blame from their mismanagement and choices.

The Turkish currency fell to its lowest historical level, Thursday, as the lira recorded 7.89 against the dollar by 05:06 GMT. The lira was hit, due to concerns about possible US sanctions, the conflict in the Caucasus region, and the turmoil in relations with the European Union.

This decline is the latest in more than two years of the continuous devaluation of the Turkish currency, after Washington, Wednesday, issued a strict reprimand in response to a report that Turkey may intend to conduct a comprehensive test of the Russian S-400 anti-aircraft defense system it purchased despite explicit opposition from The United States and the rest of Ankara’s NATO allies.

The Turkish currency has lost 25 percent of its value this year, mainly due to concerns about the dissipation of the Central Bank’s foreign exchange reserves and costly interventions in the currency market. But geopolitical concerns are now a major factor.

The American writer added that Erdogan is like Saddam Hussein, as the former sees his neighbors possess valuable natural resources, while the international community sees paper tigers. In 1990, Saddam Hussein eluded US diplomacy, April Glaspie, and made it turn a blind eye to his ambitions. And in 2020, Erdogan is trying to repeat the same thing.

Rubin believes that the recent Turkish escalation in the region shows that Erdogan’s ambitions are out of control, while the question remains directed to the world powers, “Will they resist this ambition before putting Erdogan on the trigger, or will they wait until the decision becomes more costly for the Turks and everyone in the eastern Mediterranean?” “.

These were the details of the news An American writer likens the conditions of Turkey and Erdogan to... for this day. We hope that we have succeeded by giving you the full details and information. To follow all our news, you can subscribe to the alerts system or to one of our different systems to provide you with all that is new.