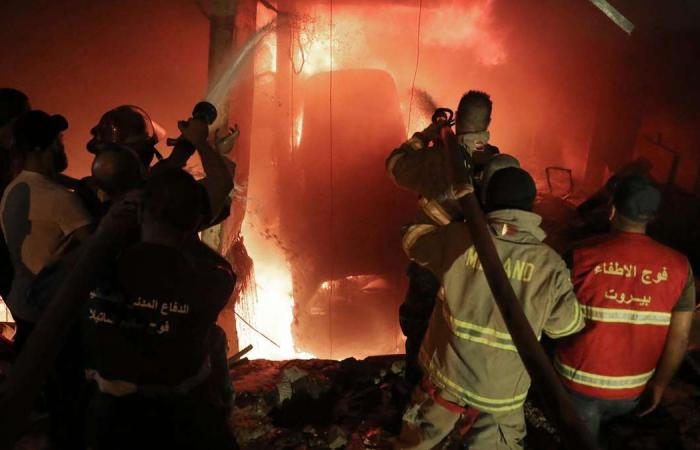 The Lebanese Red Cross confirmed the initial death toll and that there were a number of wounded people. A short while later, the number of victims rose to four.

“Two bodies and a number of wounded were taken to Al-Maqasid Hospital as a result of the explosion of the diesel tank that caught fire this evening,” said George Kittana, secretary-general of the Lebanese Red Cross.

The army has cordoned off the blast site, a bakery, and evacuated residents who were trapped on the upper floors of the building.

Lebanon Civil Defence said the explosion caused a large fire which has been brought under control.

Lebanon is still suffering after August's huge explosion in Beiru port, which killed at least 190, injuring 6,500 and leaving 300,000 people homeless.

About 2,750 tonnes of ammonium nitrate stored at port exploded in what was one of the biggest non-nuclear blasts in history.

The eight-month-old government resigned after the blast, but no politician has apologised and the local investigation has yet to pinpoint responsibility for the disaster.

Former prime minister Saad Hariri has said he is a possible candidate to head a new government to stem the country's economic collapse.

French President Emmanuel Macron last month extracted a pledge from all political sides in the former French protectorate to back speedy government formation as part of a roadmap out of the crisis, but efforts so far have failed.

President Michel Aoun is to hold parliamentary consultations on naming a new premier on Thursday next week.

Even before the blast at Beirut port and the coronavirus pandemic, Lebanon was facing its worst economic crisis since the end of a 15-year civil war in 1990.

These were the details of the news Four killed in explosion at Beirut bakery for this day. We hope that we have succeeded by giving you the full details and information. To follow all our news, you can subscribe to the alerts system or to one of our different systems to provide you with all that is new.