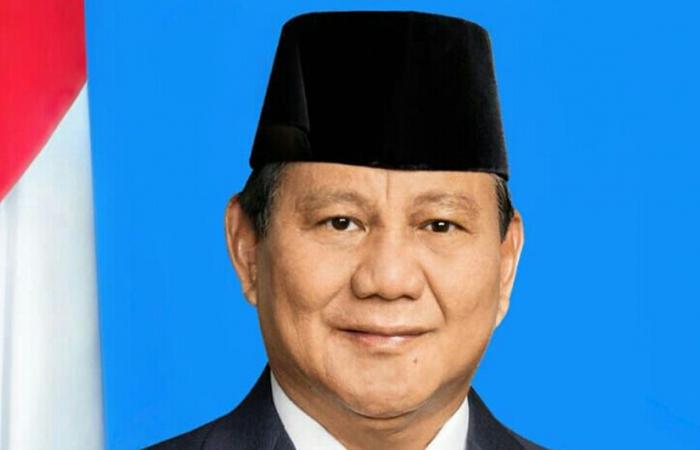 JAKARTA: Indonesia’s Minister of Defense Prabowo Subianto has been invited to visit the US next week, in what would mark the end of a travel ban imposed on him by the US two decades ago.

Subianto, a former commander of the Indonesian Army’s special forces, was invited to the US by Secretary of Defense Mark Esper for talks on bilateral defense cooperation, following their phone conversation in August. His visit is scheduled for Oct. 15-19, the minister’s spokesman confirmed.

“Defense Minister Prabowo Subianto will accept the US government’s formal invitation conveyed by the US defense secretary, Mark Esper,” the spokesman, Dahnil Anzar Simanjuntak, told Arab News in a written statement on Thursday.

“In accordance with the nonaligned, active foreign policy and without being involved in a military alliance with any country, Defense Minister of Indonesia, Prabowo Subianto, has been actively engaging in defense diplomacy to various countries including the United States,” he said.

According to a readout from the US Department of Defense, issued by the US Embassy in Jakarta on Aug. 4, the Subianto-Esper phone discussion covered military cooperation in the wake of the coronavirus disease (COVID-19) pandemic, maritime security, defense acquisitions, and military exercises, and said that both Esper and Subianto “conveyed their desire to meet in person soon.”

Subianto and Esper had met in person earlier on the sidelines of an Association of Southeast Asian Nations defense ministers’ meeting in Bangkok in November 2019.

Experts see the invitation as Washington’s inclination to overlook allegations of past human rights abuses by leading figures in the Indo-Pacific region.

“It is a way for Trump’s administration to show the countries they are engaging with that the US will not be meddling much in those countries’ domestic affairs,” Suzie Sudarman, an American studies lecturer at the University of Indonesia, told Arab News.

“Subianto is now a public official, representing a country that has the possibility to procure US defense products. If the visit results in a deal, Trump will have something to say about securing a deal to enhance his ‘America First’ and ‘Make America Great Again’ slogans,” she said. She added that it is unlikely that Subianto would experience the same treatment as former Indonesian military chief Gen. Gatot Nurmantyo, who was barred from boarding a US-bound plane in October 2017 despite an official invitation from his US counterpart.

According to Sudarman, with his family background, Subianto has always been inclined to the US, which makes him somewhat “acceptable” there, despite rights abuse allegations. His visit is also considered “less risky” for Trump’s image ahead of the US presidential election.

Along with other members of the Indonesian special forces (Kopassus), Subianto had been barred from the US over the disappearances of political activists and deadly riots amid protests in Jakarta, which in 1998 led to the fall of his then-father-in-law, former President Suharto, who ruled Indonesia for over three decades.

Subianto was forced to retire early from the military following regime change and went into self-exile in Jordan, with whose King Abdullah he is friends.

The US ban to engage with Kopassus was lifted in 2010.

An executive of Subianto’s Gerindra Party, Sufmi Dasco Ahmad, said in October last year that the three-star general was no longer barred from visiting the US upon his appointment as defense minister.

Subianto, whose Gerindra Party was Indonesia’s main opposition party in last year’s elections, was appointed defense minister in October 2019. In 2014 and 2019, he was President Joko Widodo’s competitor for the country’s top office.

Since he took the post, Subianto has been on state visits to numerous countries, including China, France, Turkey, Japan, Russia and the UAE.

Riefqi Muna, a foreign policy researcher at the Indonesian Institute of Sciences, told Arab News that Subianto’s US visit as minister was just “a matter of time” as Indonesia and the US have always had good defense cooperation.

“I hope he brings home some good news that Indonesia can have better access to modern military equipment and opens the door for our military officers to train in the US,” Muna said, adding that it is likely that Indonesia’s planned purchase of the US-made F-35 fighter jets would be among the issues discussed by Subianto and Esper.

These were the details of the news Indonesian defense minister to visit US after 20-year ban over human rights abuses for this day. We hope that we have succeeded by giving you the full details and information. To follow all our news, you can subscribe to the alerts system or to one of our different systems to provide you with all that is new.