Painful expectations from the United Nations regarding poverty in Iraq …... 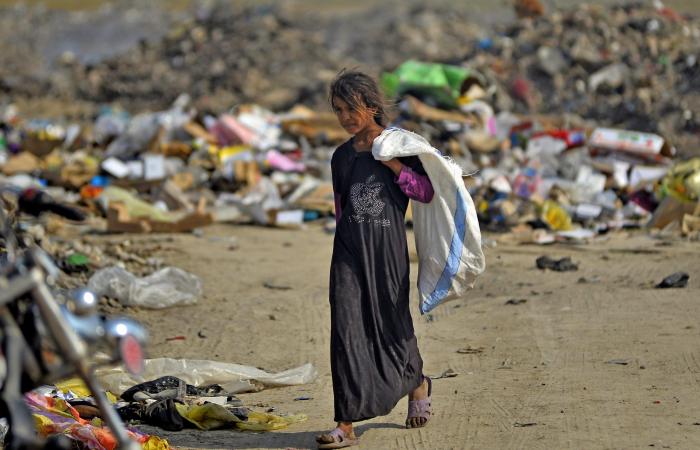 The United Nations Development Program expects the poverty rate in Iraq to rise to 31 percent this year, proposing to the Iraqi government steps that would reduce the impact of crises on the country’s economy.

“A recent study conducted jointly with UNICEF and the World Bank indicates that poverty rates in 2017 and 2018 were just over 20 percent,” said Barbara Craigsman, the first coordinator for the assessment of the social and economic impact of the UN program.

She added to “Radio Sawa” that the expectations suggest “an increase in the poverty rate of 31 percent in 2020, and this means that there is a significant impact on the population.”

The UN official said that the most prominent economic impacts resulting from the crisis of low prices as a result of the Corona pandemic on the Iraqi economy, which would “divert the path of Iraq away from sustainable development.”

She said, “The government will not have sufficient funds to spend it on basic priorities, and we also see that the population’s need is increasing in general, and this means that expectations indicate that more people will fall below the poverty line.”

“There is a real possibility that the country’s trajectory will reverse away from sustainable development, and you can imagine how this is a cause for concern,” she said.

The United Nations Development Program issued a new report in a series of reports examining the impact of the double crisis in Iraq, the oil crisis and the Corona pandemic, on the Iraqi economy and ways to recover from its repercussions.

The report, issued on Wednesday, included recommendations to the Iraqi government, which included expanding social security coverage for the poor, increasing funding revenues for major government programs, and allocating more resources for the development of the private sector. These recommendations aim to alleviate the economic challenges and ensure continued progress towards achieving the sustainable development goals.

And Craigsman notes that the recommendations proposed by the report to mitigate the negative impacts of these crises on the Iraqi economy depend on two main axes, “the first is that the government should review its policies and systems so that they can plan to address the financial gap they are suffering from.”

She adds that the second axis is that “whatever decisions the government takes, whether it is developing new policies or new programs to meet the needs, especially the needs of the most vulnerable groups in the country, it needs to do so in a comprehensive and exclusive manner.”

For its part, the Iraqi government confirmed that it is working to reconsider the plans put in place to address these crises.

A spokesman for the Ministry of Planning, Abdul Zahri Al-Hindawi, revealed to Radio Sawa that “an upcoming conference will be held this month with the participation of international partners to develop a plan that responds to the economic and social challenges left by the Corona pandemic and the oil crisis.”

Al-Hindawi adds that Iraq needs funds to support plans to address the repercussions of these crises, and shows that the problem of Iraq lies in the enormity of expenditures, especially consumer and operational expenditures.

He continues that the government intends to take measures to mitigate the effects of the Corona pandemic, including canceling the curfew to support the private sector.

These were the details of the news Painful expectations from the United Nations regarding poverty in Iraq …... for this day. We hope that we have succeeded by giving you the full details and information. To follow all our news, you can subscribe to the alerts system or to one of our different systems to provide you with all that is new.