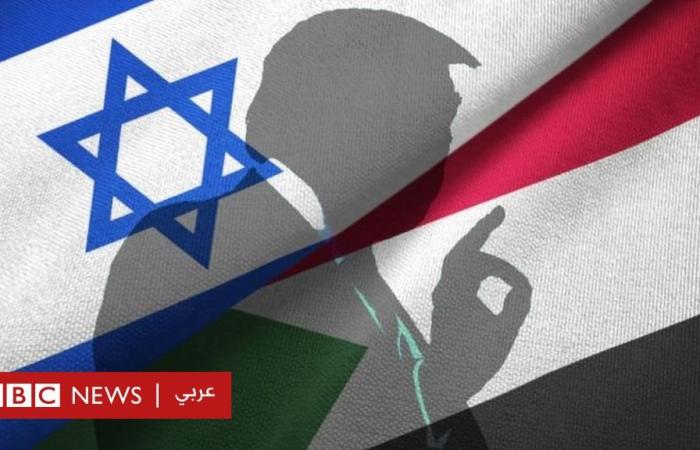 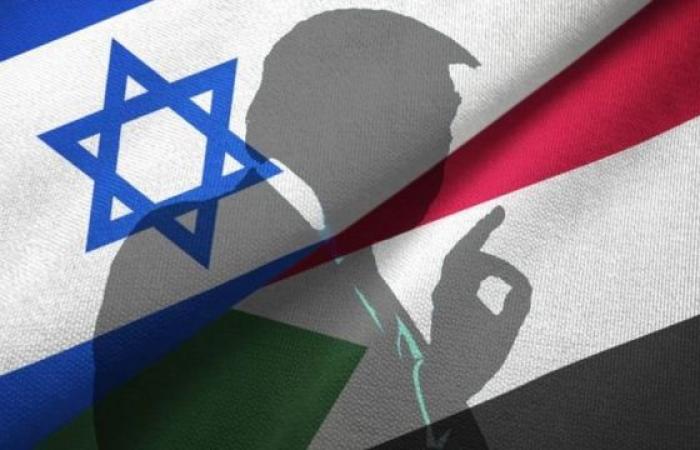 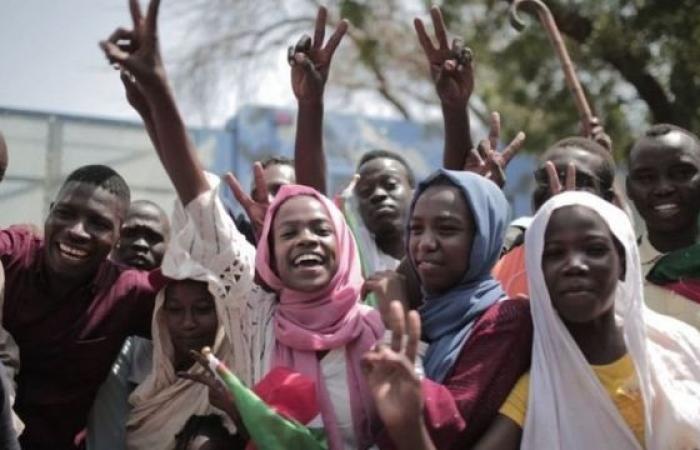 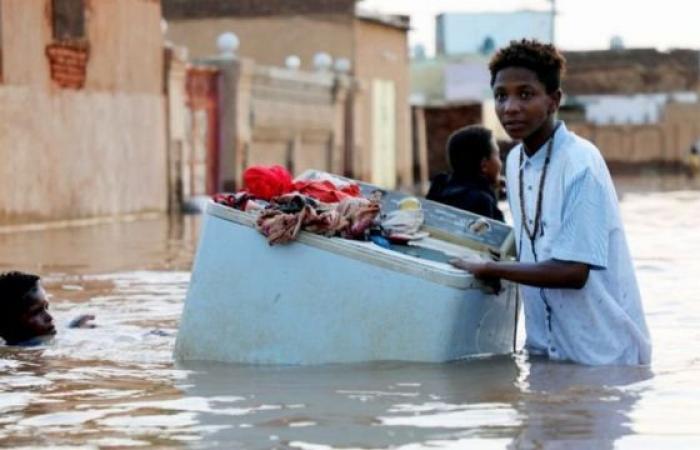 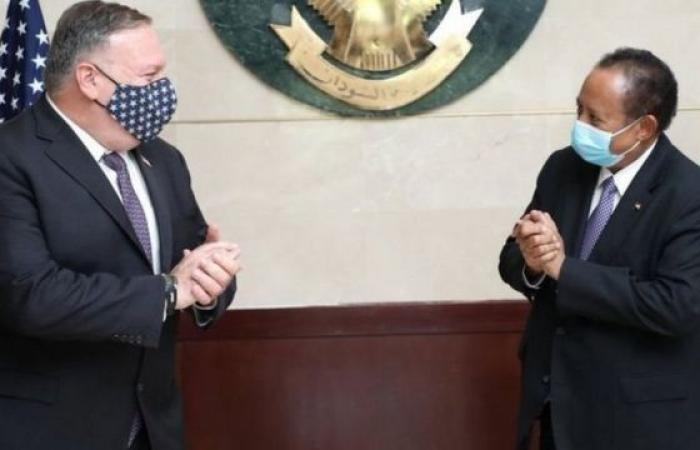 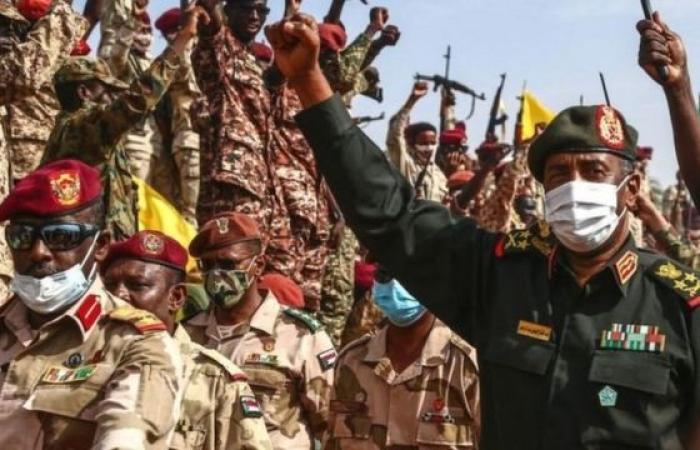 Sudan suffers from extremely difficult conditions, from an economy that is collapsing, inflation and a food crisis in all parts of the country.

The administration of US President Donald Trump and the Israeli government see an opportunity in those situations that Sudan is experiencing.

Democrats for democracy in Sudan were suspended during the 18 months that followed non-violent demonstrations that ousted Omar Al-Bashir from his rule of nearly thirty years.

But if Sudan does happen to recognize Israel, the United States will remove his name from the list of states sponsoring terrorism, opening the door to measures necessary for economic stability.

It is a complex story dating back 30 years ago with the beginnings of the Islamist rule in Sudan.

After gaining power through a military coup in 1989, President Bashir turned Khartoum into a global center for armed jihad.

Al Qaeda and other extremist organizations have used Sudan as a staging ground for terrorist attacks in the United States, Saudi Arabia, Egypt, Ethiopia, Uganda, and Kenya, among others.

In the wake of the first terrorist attack on the World Trade Center in New York in 1993, the United States designated Sudan as a state sponsor of terrorism.

Sudan was subject to international economic sanctions and military pressure from neighboring countries that were supporting the Sudanese armed opposition, which eventually prompted Sudan to expel Al Qaeda leader Osama bin Laden and other jihadists in the following three years.

Shortly after the attacks of September 11, 2001, the Sudanese intelligence services became an important ally of the CIA.

This cooperation ensured the removal of Sudan’s name from the list of states sponsoring terrorism.

However, members of Congress showed hostility to the government of Sudan for a number of other reasons, including the war in Darfur and human rights violations, so Sudan remained on the list of states sponsoring terrorism.

In addition, the Bashir government was still operating in secret, maintaining open channels with Iran and Hamas. At least twice, Israeli fighter jets attacked convoys while they were on the Red Sea coast in Sudan, claiming that they were transporting weapons to Hamas.

And in 2016, under pressure from Saudi Arabia and the UAE, the Bashir government cut ties with Iran.

However, after the democratic revolution in Sudan last year, Washington was slow to shift its position on Khartoum.

And officials in the US administration wanted to maintain benefit from one of their most powerful tools, as well as their concern that the new democratic system in Sudan would not last long.

The problem with keeping the sanctions imposed on Sudan is that this condemns the country to sliding into the chasm of a failed state.

The fact that Sudan remains on the blacklist means that it remains shackled by a network of financial sanctions, and that its legitimate companies remain paralyzed, while foreign direct investment in it remains restricted, and that the International Monetary Fund and the World Bank remain unable to put forward measures to relieve Sudan from the yoke of its heavy debts estimated at $ 72 billion is increasing.

Hunger levels this year are terrifying. The United Nations says that about 9.6 million Sudanese suffer from “acute food poverty”.

And before the floods, the Corona epidemic worsened the situation in a way that food aid was no longer effective, but rather an injection of massive economic support was needed.

Over the past months, Congress has been witnessing slow steps to remove Sudan from the list of states sponsoring terrorism, but these steps have related to claims made by relatives of the victims of Al Qaeda attacks in East Africa and Yemen for compensation.

The two members – Charles Schumer and Bob Menendez – wanted to keep the door to compensation open to relatives of the victims of the 9/11 attacks.

But the Trump administration today offers a way out for Sudan.

At the end of August, US Secretary of State Mike Pompeo came to Khartoum on a visit in which he proposed a deal to Prime Minister Abdullah Hamdok.

The deal stipulated the possibility of Trump ending the two congressmen blocking the procedures of the Sudanese deal aimed at removing the country from the list of states sponsoring terrorism.

After the UAE last month concluded the normalization agreement with Israel, Sudan will be the fourth Arab country, a member of the Arab League, to join the train of normalization with Israel.

Such a move is considered a tremendous support for the Trump administration in its campaign to normalize Arab relations with Israel weeks before the presidential elections.

Recognition of Israel is also a very important step for Sudan.

A good deal for the generals

The Islamists are at the forefront of the ranks of the loudest opposition to normalization in Sudan. Islamists are no longer at the helm of power in the country.

However, the issue of normalization still raises widespread controversy among politicians, and there are many faces in the civilian coalition who insist on concluding a peace agreement with the Palestinians first of all.

Hamdok knows very well that his coalition of civilian supporters may be affected by the negative if he makes the decision to normalize.

Hamdok told Pompeo that a decision in this regard needs to wait for a democratically elected government, within three years.

Despite the presence of Hamdok and his civilian government, Sudan’s generals are in control of the country.

The head of the Transitional Council, General Abdel Fattah al-Burhan, and his deputy, General Mohamed Hamdan Dagalo, known as “Hemedti”, control the forces and funds, backed by the UAE, Saudi Arabia and Egypt.

And Israel deals with these generals. In February, Al-Burhan met with Israeli Prime Minister Benjamin Netanyahu, without Hamdok’s knowledge, and the two are expected to meet again soon.

Generals Burhan and Hemedti see the US-Israeli deal as a promise of international recognition that they crave without the burden of democracy.

Hence, the Sudanese Democrats insist that the matter be carefully examined.

When popular demonstrations forced Bashir to cede power in April of last year, Burhan and Hemedti took power. Within two months, their forces killed more than a hundred demonstrators, sparking cries of protest.

The United States, the United Kingdom, Saudi Arabia, and the UAE then brokered a power-sharing agreement between the military and civilians in Sudan.

In sum, the generals only turn a blind eye to civilians because they aspire to international respect. As for the Sudanese masses, they did not forgive the generals for their brutality and corruption.

The older generation still remembers “Operation Musa,” the secret deal concluded in 1984 between then-Sudanese President Jaafar Nimeiri and Israel to fly Ethiopian Jews from refugee camps in Sudan to Israel.

Nimeiri was later accused of collecting millions of dollars in bribes from the Israeli intelligence service, the Mossad.

Under Al-Bashir, a number of Sudanese generals inaugurated suspicious economic entities that are expanding every day, so that when its coffers were emptied of the funds needed to pay salaries, it went to these generals, begging for money.

On the other hand, Israelis see the recognition of Israel by other Arab countries as permissible, no doubt.

However, there are young Israelis and Americans protesting against the atrocities that the Darfur region has been witnessing for 15 years. These young people see legitimizing the leaders of the militias that perpetrated these massacres as a morally suspicious step.

As for Hamdok’s position, it is considered the logical position. It separates the issues of removing Sudan from the list of states sponsoring terrorism and recognizing Israel.

Hamdok believes that Sudan deserves to be removed from the list of states sponsoring terrorism immediately, because it has got rid of terrorists on its soil, and because it is now a nascent democracy that deserves to be looked after.

And if Israel obtains recognition from an Arab nation that genuinely practices democracy, then that is a prize worth striving for.

Alex de Waal, Executive Director of the Global Peace Foundation at the Fletcher School of Law and Diplomacy at Tufts University in the United States.

These were the details of the news Normalization: Why is Donald Trump seeking a friendship between Sudan and... for this day. We hope that we have succeeded by giving you the full details and information. To follow all our news, you can subscribe to the alerts system or to one of our different systems to provide you with all that is new.