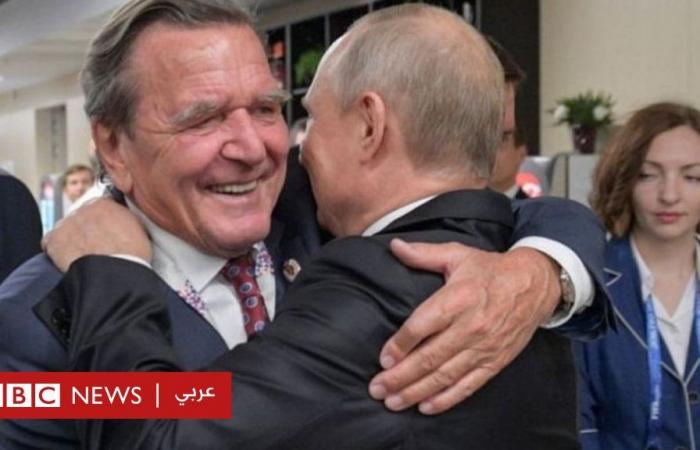 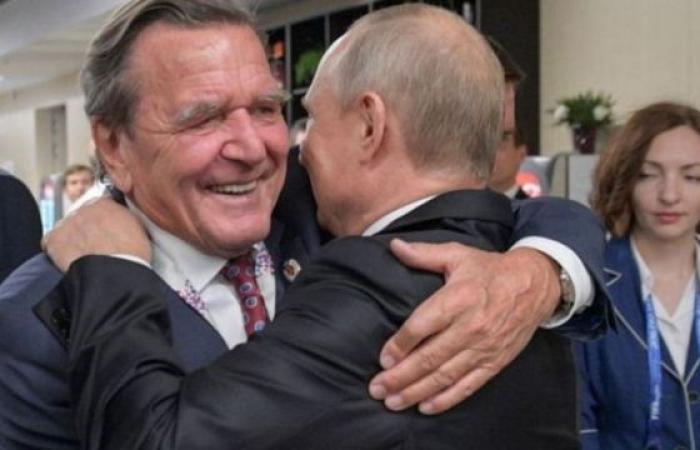 Former German Chancellor Gerhard Schroeder, who is close to the Kremlin, is facing heavy criticism in Germany for his refusal to accept Russias involvement in the poisoning of Russian dissident Alexei Navalny.

Navalny, who is recovering at a Berlin hospital from a severe struggle with the disease due to being poisoned, criticized Schroeder in an interview with the German newspaper “Bild”.

Schroeder chairs the board of directors of the Russian state oil company “Rosneft” and the gas pipeline company, “Nord Stream 2”.

“This behavior on the part of Mr. Schroeder makes many in Germany feel ashamed, I think in his party and outside his party,” Rutgen told the Bild newspaper, noting that the former chancellor was getting salaries from Russian state energy companies.

Schroeder is a close friend of Russian President Vladimir Putin, who turned 68 on Wednesday, and the two parties reached the conclusion of the giant gas deal, “Nord Stream” in 2005, before Schroeder left his position as an advisor to the country from the center-left Social Democratic Party.

The Kremlin rejects Western accusations that Navalny was attacked with the poison “Novichok”, and says there is no evidence of this.

Novichok is a highly toxic chemical weapon developed by Soviet scientists during the Cold War, and experts say that Russia controls the stockpile of this weapon.

The British government says Novichok was also used by former Russian spy Sergey Skripal and his daughter Yulia in Salisbury in 2018.

“Of course I am also concerned about the poison attack,” Schroeder said on September 30 in an audio interview, but then added: “What is happening now is really pure speculation, because there are no documented facts, at least as to who is responsible for it.” This attack on Mr. Navalny. “

Navalny, during an interview with Bild newspaper, accused Schroeder of being a “Putin man”. The anti-corruption activist, one of Putin’s staunch opponents, also called for Western sanctions to be imposed targeting “beneficiaries of (Putin’s) regime.”

Navalny also criticized Russias Valery Gergiev, conductor of the orchestra of the Munich Philharmonic Orchestra, saying that the “maestro” had to choose between loyalty to Putin and remaining in the European Union, but he could not get both.

The band later said that Gergiev did not want to comment on “Bild” interview with Navalny.

Members of Putin’s inner circle are already subject to Western sanctions because of Russias military intervention in Ukraine.

The Intergovernmental Organization for the Prohibition of Chemical Weapons confirmed on Tuesday that the toxin used in the August 20 attack was Novichok.

German Foreign Minister Heiko Maas told Parliament that if Russia fails to provide clear information about Navalny’s poisoning, “there is no escaping the imposition of targeted and proportionate sanctions against these officials.”

He added that a list of Russian individuals could be quickly drawn up together with Germany’s partners in the European Union.

There is speculation that the “Nord Stream 2” project, which is scheduled to transport massive new quantities of Russian gas to Germany and other European customers, may also be affected by the sanctions. The Russian gas monopoly Gazprom is the main investor in it.

These were the details of the news Former German Chancellor Schroeder is under fire for his support of... for this day. We hope that we have succeeded by giving you the full details and information. To follow all our news, you can subscribe to the alerts system or to one of our different systems to provide you with all that is new.