Trump criticizes his most prominent aides, Pompeo and Bar 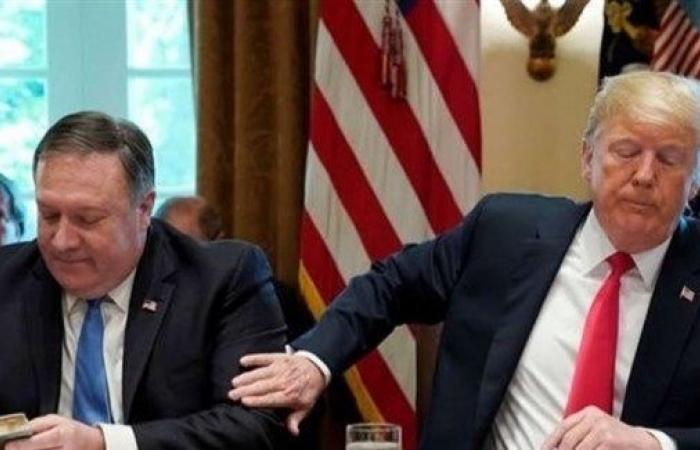 US President Donald Trump on Thursday issued rare criticism of two of his closest aides, Secretary of State Mike Pompeo and Attorney General Bill Barr, less than a month before the presidential election.
In a phone interview with Fox Business, Trump, who was forced to suspend his campaign due to his COVID-19 infection, demanded that the two ministers take action regarding the administration of his predecessor, Barack Obama.Trump said Pompeo should find a way to spread e-mails from Hillary Clinton, the Democrat’s nominee in the last 2016 presidential election, which Republican activists criticizing for her use of a private servant while she was secretary of state are demanding.

“It’s (the email) in the State Department, but Mike Pompeo was unable to get it out, which is really very sad,” Trump said.

“I am not happy with him for this reason,” he added. “He runs the Foreign Ministry – I pull these letters out.”

Pompeo is one of the few aides who did not stand up to the fickle Trump, who criticized Pompeo and Bar’s predecessors after they were fired.

Ironically, Pompeo became famous for his sharp tone in questioning Clinton when he was a member of Congress investigating the deadly attack on the US consulate in Benghazi, Libya.

Trump, who is declining in the polls in front of his rival, former Vice President Joe Biden, has often urged Barr to prosecute Obama administration officials over the investigation into his campaign relationship with Russia.

“Frankly, Bill Barr will be known either as the best attorney general in the country’s history or as a source of disappointment,” Trump said.

He added, “He has all the information he needs,” referring to the indictments.

Trump has often promoted a conspiracy theory related to the Obama administration’s attempt to obstruct his efforts, through measures including an investigation into Russian interference he described as a “hoax.”

Mueller provided important evidence that Trump aides coordinated and cooperated with Russian intervention, encouraged or supported it, but the investigator said he did not have enough evidence to accuse any campaign official of complicity.

His administration’s first national security adviser, Michael Flynn, admitted he had lied to the FBI about conversations with the Russian ambassador.

Bar, who does not see any reason to charge Obama administration officials over the Russian investigation, is a strong defender of the President.

Barr played a major role in forcibly dispersing anti-racist demonstrations in front of the White House on June 1, before Trump posed for photos in front of a nearby church.

These were the details of the news Trump criticizes his most prominent aides, Pompeo and Bar for this day. We hope that we have succeeded by giving you the full details and information. To follow all our news, you can subscribe to the alerts system or to one of our different systems to provide you with all that is new.