Four Russian envoys to Syria: Kinshak is a special envoy for... 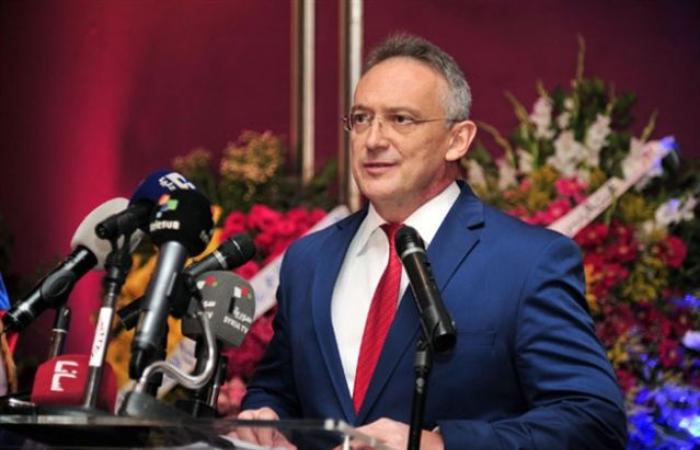 Russia has appointed a new diplomatic envoy to Syria, to join three other Russian officials, who are directly involved in working on the Syrian file.
Today, the Russian Foreign Ministry announced that Minister Sergey Lavrov has appointed Alexander Kinshak, a special representative of the Russian Foreign Ministry, for the Syrian settlement affairs.

According to a statement read by the ministry’s spokesperson, Maria Zakharova, Kinshak’s powers will include “representing the Russian side in the context of bilateral and multilateral contacts on Syrian issues, including the Geneva and Astana formulas, in order to help achieve a settlement of the situation in Syria.”

Kinshak held the position of Director of the Middle East and North Africa Department at the Russian Foreign Ministry He previously served as his country’s ambassador to Kuwait (2008-2013) and Syria (2014-2018).

In his new position, as a representative of the Russian Foreign Ministry, Kinshak joined three officials assigned to follow up the Syrian file by the Russian authorities directly.

The first official directly concerned with the affairs of the “Syrian settlement” was the Deputy Minister of Foreign Affairs and the Kremlin’s special envoy to the Middle East, Mikhail Bogdanov, who held important meetings during the past nine years with the Syrian political parties and officials of the countries involved in the Syrian file.

And after the “Astana Form” came to the fore in the political scene following the adoption of the plan to form the “Constitutional Committee”, the Kremlin’s special envoy to Syria, Alexander Lavrentiev, became a key member of the Russian Syria team, along with Deputy Foreign Minister Sergey Vershinin. For this purpose, the two officials visited Damascus and several other capitals, to advance the course of the “Constitutional Committee.”

In parallel with the decline of military momentum on the ground, and the bilateral activity of Moscow and Damascus on the line of economic projects, the Kremlin appointed a new envoy to develop relations with Syria, the ambassador to Damascus, Alexander Yefimov, last May.

These were the details of the news Four Russian envoys to Syria: Kinshak is a special envoy for... for this day. We hope that we have succeeded by giving you the full details and information. To follow all our news, you can subscribe to the alerts system or to one of our different systems to provide you with all that is new.