Coronavirus vaccine could be rolled out in UK next month: Report 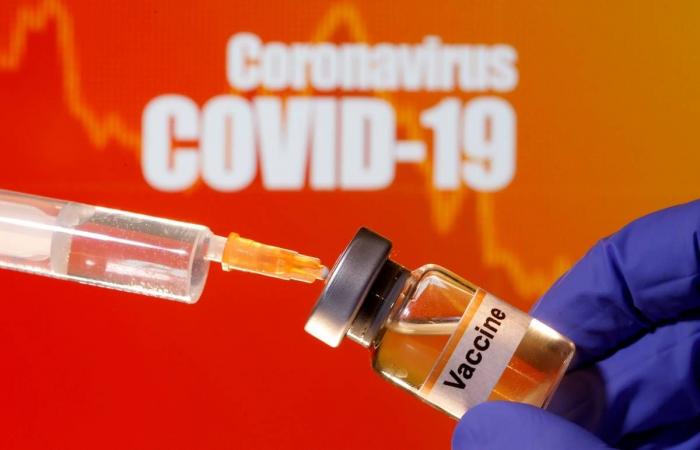 Thank you for reading the news about Coronavirus vaccine could be rolled out in UK next month: Report and now with the details

Aden - Yasmine El Tohamy - Britain's National Health Service (NHS) is preparing for a major roll-out of a coronavirus vaccine next month, according to The Sun newspaper.

The tabloid says five massive vaccination centres will be ready before Christmas to cater for the huge demand for the Covid-19 jab.

The facilities - manned by trainee nurses, physiotherapists and paramedics - will be able to treat tens of thousands of people daily.

Major cities such as London, Leeds and Hull will be among the locations hosting the first vaccination centres, The Sun says.

The centres will be bolstered by the establishment of hundreds of mobile vaccination units nationwide, while vulnerable Britons and care-home patients will be visited in person by healthcare staff.

The mass vaccination is set to take between three and six months, according to The Sun, with GPs and pharmacists tasked with giving the jab. The British Army is also likely to help out what promises to be a huge undertaking, not least from a logistical perspective.

The current leading contender to be Britain's first vaccine is a treatment developed by Oxford University.

Around 100 million doses of the Oxford vaccination, which is yet to be proved successful, have already been ordered by the British Government.

A health source told the newspaper: "The earliest we are likely to get the first trial results is in a month's time - which means the best case scenario for a potential roll out is just before Christmas.

"But planning is well under way, so there will be no delay in vaccination once we have a working jab."

The Sun says leaked tentative plans show NHS staff have been told to be prepared from late October for the mass vaccination.

No treatment is ready yet, however, and therefore this schedule is likely to change.

The proposals also suggested that health workers including vets, dieticians and chiropodists could also help administer the doses if rules are eased to allow it.

Those who require the injections most are first on the list, meaning care-home residents and staff will get it as soon as it is safe and ready

Those aged over 80 and NHS staff are next, followed by all over 65s, younger adults at higher risk and people over 50.

The encouraging news emanating from the UK echoes the positivity of the World Health Organization (WHO) regarding the possibility of a vaccine this year.

"We will need vaccines and there is hope that by the end of this year we may have a vaccine. There is hope," WHO director-general Tedros Adhanom Ghebreyesus said on Tuesday in closing remarks to the WHO's executive board meeting that examined the global response to the pandemic.

These were the details of the news Coronavirus vaccine could be rolled out in UK next month: Report for this day. We hope that we have succeeded by giving you the full details and information. To follow all our news, you can subscribe to the alerts system or to one of our different systems to provide you with all that is new.