Economist: Turkey is the first country to default on its foreign... 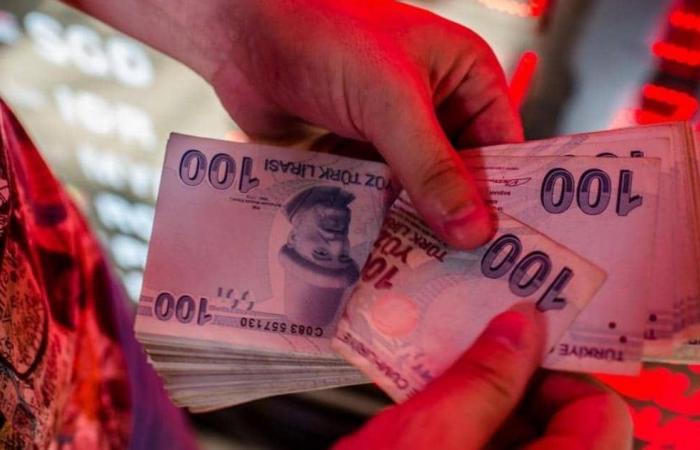 The companies, Lachman said in an interview with the Greek news site Liberal, published on Monday And Turkish banks You will soon face problems repaying about $ 300 billion of Debts Because of the weak economy and currency in the country.

Lachman stressed that Turkish economy Separated from reality, which is evident in the “excessive optimism” of the latest economic program announced by the Turkish president’s son-in-law Recep Tayyip ErdoganBerat Albayrak late last month, according to the Ahval website, which specializes in Turkish affairs.

Lachman noted that while passing by Turkey Deepening stifling economic crisis Corona pandemic Of the ramifications, he emphasized Berat Albuquerque The country’s economy will recover next year and grow at a rate of about 6 percent, ignoring the Turkish liras 25 percent decline this year, as well as the disappearance of most of the central bank’s foreign currency reserves in favor of supporting the lira.

The Turkish economy continues its continuous deterioration, as it was recorded lira Its levels were weakened in about a week on Tuesday due to concerns about possible sanctions after Bloomberg published a report that Ankara would soon test the Russian S-400 air defense system it had purchased.

Analysts attributed the free fall of the Turkish lira to many reasons, besides geopolitical tensions in the region, the lack of independence Turkish Central Bank Amid Erdogan’s interventions and his opposition to raising interest rates, they undermined investor confidence in the economy.

Also, inflation rates are higher than the interest rate on the Turkish lira, which means that investment in Turkish assets is futile, which explains the pressures on the lira.

The interventions of the Turkish Central Bank to contain the decline of the lira have failed, especially amid erosion Foreign cash reserve Which fell by nearly a third to support the value of the lira, and tourism and export revenues fell due to a crisis Corona epidemic.

Turkey, which for years was one of the fastest growing economies in the world, is paying the price for this growth, which relied primarily on borrowing in foreign currency from abroad, which is known as the debt-driven growth model.

Turkish companies and institutions have worked to borrow from abroad during the past decade, taking advantage of the decline Interest rates In global markets to face the global financial crisis that ignited in 2008.

This measure contributed to raising the growth rates in the past years, but it also led to inflation External debt For Turkey, especially the private sector, which absorbs 65 percent of this debt.

The trap that Turkey has now fallen into is that every devaluation of the lira increases the risk of being unable to pay off foreign debt in the short term, and thus more pressure on the local currency.

The value of foreign debt in foreign currency that is due for payment within a year or less amounts to 176 billion dollars, while foreign reserves amount to more than 45 billion dollars.

If it is added to that number Gold reserves, It could reach $ 90 billion, which is the lowest rate of short debt coverage in the country Emerging economies.

In addition to all these pressures on the Turkish lira, the Corona epidemic has come to deepen the wounds of the Turkish economy, as it is expected International Monetary Fund A contraction of 5 percent this year.
The Turkish economy contracted by 9.9 percent during the second quarter of this year compared to the first quarter.

According to the “Associated Press”, this decline came after the closure measures that were imposed to contain the emerging corona virus pandemic.

Numbers indicated Turkish Statistical Institute, Indicates that the quarterly decline between April and June was the largest contraction in the country in more than a decade.

And earlier last August, the credit rating agency Fitch announced that the Turkish economic prospects had been reduced to a “negative” degree, due to the decline in the country’s monetary reserves and weak confidence in the country’s policy. Ankara Financial.

According to Bloomberg, the situation in Turkey raises concerns about obtaining financing from abroad, and therefore the country’s rating was lowered to “BB-”, which is three degrees below the required rate for investment.

Observers believe that 2015 was a watershed year for the Turkish economy, as the economy began to enter a severe recession, that is, exactly in the same year in which Erdogan changed the nature of the political system in his country, from a parliamentarian to a presidential one, to uniquely rule the country, and turn his country into a country seeking to dominate by force over Its political and geographical surroundings.

And after Turkey deviated clearly from regional and international understandings, in particular with United StateThe Turkish currency has declined and lost nearly 40 percent of its value in 2018.

Cases of Turkish rebellion against its traditional allies were followed by a series of Ankaras engagements in regional and international issues, from Syria Via Libya, Iraq, and Armenia to The BalkansThrough the use of military force and hegemony through political ploys and the deployment of extremist militias and mercenaries, which has accumulated the fees of the mainly fragile Turkish economy.

These were the details of the news Economist: Turkey is the first country to default on its foreign... for this day. We hope that we have succeeded by giving you the full details and information. To follow all our news, you can subscribe to the alerts system or to one of our different systems to provide you with all that is new.